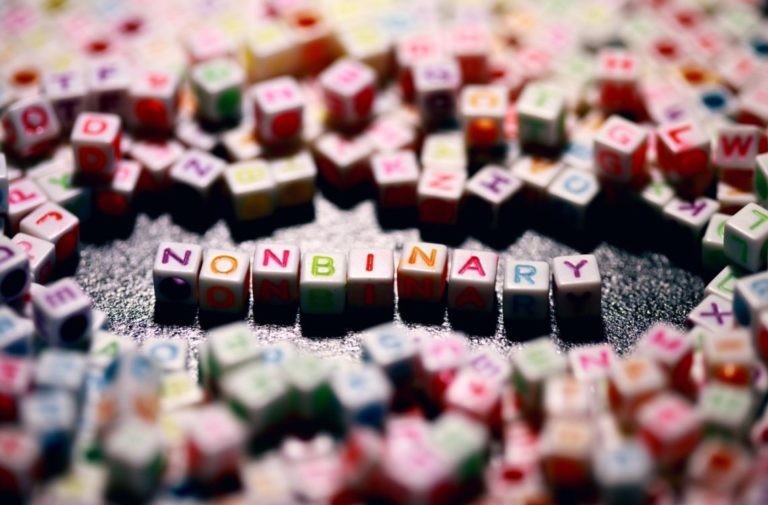 Welcome to another weekly round-up, where we share (what we see as) the most interesting and important articles from the previous seven days. We’d love to hear your thoughts on any of the issues covered in the articles we’ve picked, which include some links for International Non-Binary People’s Day which took place on 14 July.

Angela Rayner’s accent is not up for scrutiny (The Pool)

Why are we so unwilling to take Sylvia Plath at her word? (Lit Hub)

An open letter to Glastonbury, from a victim (Life on Laura Lane)

From the article: “This is a story about a girl who contacted a giant festival who cater for hundreds of thousands with a request for help and was met with compassion, love and overwhelming acts of kindness.”

How I deal with nasty comments online (inews)

If anonymous social media accounts are banned, it’s women who will suffer most (Blasting News)

From the article: ” Preventing women from being anonymous online exposes them to either real threats of violence that all too often come true, or isolates them from humanity, locking them in a high tower of protection from abusive men, rather than tackling the abusive men in the first place.”

The dangerous hollowness of Netflix’s eating-disorder drama, To The Bone (The Pool)

From the article: “Collins’ character, Ellen, is the anorexic you never were, but always dreamed you could be: cool, quirky, beautiful, she never throws full-on tantrums in the middle of McDonald’s because she’s convinced they’ve swapped her Diet Coke for the sugared version. She never shits herself in public due to a mistimed laxative dose. Hell, even when she’s spitting out food, she manages to make it look kinda sexy.”

Celebrating What It Means To Be Black And British, Parts 1-4 (The Voice)
A series of Q&As with black British artists who took part in the ‘We Are Here’ Project, which was co-curated by our visual arts editor Erin Aniker:

From Part 4 (Dayo Adesina): “I think for every young girl dealing with identity is tough, but there is a specific inner turmoil that forms around having to figure out who you are when issues of race and gender come into play. I walk through the world with a multifaceted sense of self. Some days I feel so sure of my identity, like my life is up to me and other days I am in a state of crisis. My work helps me to explore these feelings.”

Excommunicate me from the church of social justice (Autostraddle)

From the article: “I self-police what I say in activist spaces. I stopped commenting on social media with questions or pushback on leftist opinions for fear of being called out. I am always ready to apologize for anything I do that a community member deems wrong, oppressive, or inappropriate- no questions asked. The amount of energy I spend demonstrating purity in order to stay in the good graces of fast-moving activist community is enormous. Activists are some of the judgiest people I’ve ever met, myself included. There’s so much wrongdoing in the world that we work to expose. And yet, grace and forgiveness are hard to come by in these circles. At times, I have found myself performing activism more than doing activism. I’m exhausted, and I’m not even doing the real work I am committed to do. It is a terrible thing to be afraid of my own community members, and know they’re probably just as afraid of me. Ultimately, the quest for political purity is a treacherous distraction for well-intentioned activists.”

‘I had two children adopted without my permission’ (The Guardian)

From the article: “‘I’m very angry,” says Amy. ‘I genuinely think they had it planned all the time because it’s easier to take a child into care than it is to support a family. It’s affected my whole life. I’ve had mental health problems because it’s very difficult to lose two children. I don’t think I’ll ever get over that pain. And I don’t have the ability to trust anybody – especially anybody in authority – any more.’”

From the article: “Butalia, based in New Delhi, co-founded India’s first feminist publishing house, Kali for Women, in 1984. She is currently the publisher of Zubaan Books, which focuses on socially conscious, culturally relevant books for adults and children that challenge various social taboos and gender cliches.”

Listen to us (Emma Rose Kraus at The Gayly)

From the article: “The cover story discusses how Malik and Hadid are “part of a new generation embracing gender fluidity.” In one passage, the author says the couple have a “blasé attitude toward gender codes” because they share clothes.”

Debates About My Gender Have Convinced Me Of One Thing: It’s Time To Get Louder (Let’s Queer Things Up!)

From the article: “As a non-binary writer, I’ve personally felt the cultural backlash against non-binary people as we’ve made real strides in visibility. As someone who has published a lot of written work around gender and non-binary identity, I’ve been the recipient of harassment and abuse from total strangers who take issue with how I define my own experiences. I’ve also watched as other non-binary folks in my community have had to endure the near-constant pain of erasure, invalidation, and even violence.

“But these aren’t the conversations that cis people want to have. They want to have the ‘is he or isn’t he lying about his identity’ conversation, the ‘let’s turn your lived experience into a fun intellectual exercise’ conversation, or my personal favorite, the ‘I see no problem with suggesting you don’t exist’ conversation.”

Is He A Neoliberal Sellout Or Just Cheating On You? (Reductress) [Satire]

From the article: “Women and girls are often exposed to such questions as: does your father help your mum with the cleaning? Or statements such as: girls can like Lego too; or, if my wife needs me to take the kids, she only has to ask. We might think critically about an obviously biased or malicious statement – but against this kindness we are more defenceless.”

Feature image is from Sharon McCutcheon on Unsplash. It shows an array of small plastic blocks with coloured letters on them. There is a space in the middle around a set of blocks spelling out “NONBINARY”.

The second image is used under a creative commons license with thanks to Eric Parker on Flickr. It shows a person with a bright green dyed mohawk. They are wearing glasses, a black vest-style top, a black choker and black ripped up jeans. There are piercings in their ears and they also have septum and lip piercings. They are positioned so that their profile faces the camera, their expression thoughtful and their eyes looking off into the distance. They are holding onto a black backpack with a number of badges pinned to it.