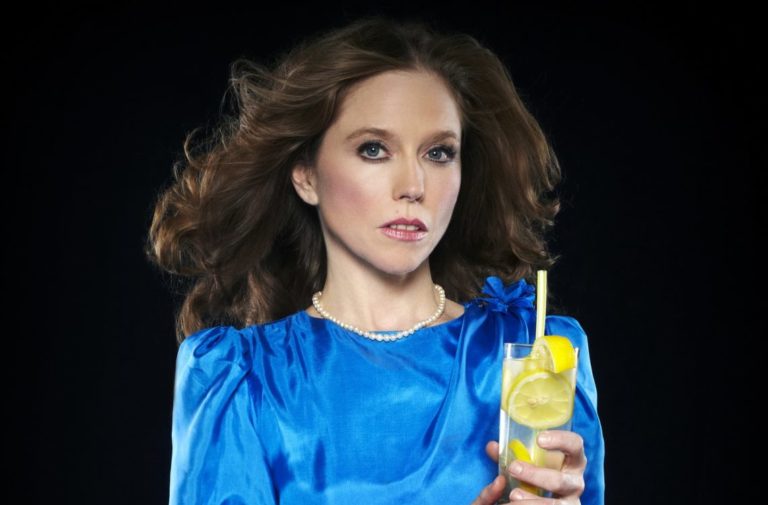 Dana Alexander: The Milk Is Not Free, But Sometimes It Is on Sale (Comedy)
Until 27 August, 22:15, The Stand Comedy Club 5 & 6
Reviewed by Megan Stodel

Dana Alexander is a brilliant performer and has the audience onside right from the start of her hour-long show. She is effervescent, mischievous, and much more tolerant of the very loud guy in the front row than most of us would manage.

It can be difficult to make material about modern dating seem particularly fresh; on the one hand, it’s a goldmine of material, but on the other, it seems an awful lot of comedians are prospectors. Alexander breezes past this potential stumbling block, easily keeping us engaged with stories of booty calls, age gaps and the baffling frequent dick pic. She also outlines some of the difficulties facing her as a black woman, in a world where images of ideal women are all white, even down to the dolls given to children.

I couldn’t properly hear a video that played at the end, so the conclusion was less strong than it would have been if Alexander had rounded the show out herself. However, this was a minor factor that belied a show packed with laugh-out-loud moments. The Power Behind the Crone (Theatre)
Until 28 August, 12:00, Assembly George Square Studios
Reviewed by Megan Stodel

According to Professor Artemis Turret, played by Alison Skilbeck in her one-woman show The Power Behind The Crone, there is a bounty of fantastic parts for older women in Shakespeare’s works. In the guise of a lecture, we are offered several monologues and scenes from the best characters as proof.

Unfortunately, the scenes disprove the hypothesis. They are strikingly similar – often royal mothers talking about or to their sons – and Skilbeck does not do enough to distinguish them. This is partly down to her performance, as little is done to differentiate between characters within scenes, let alone queens from entirely separate plays. However, the show also struggles with the need to fillet the texts. Lacking context, the repetition of long speeches inevitably leads to a sense of deja vu.

However, it also seems Shakespeare genuinely hasn’t written many good roles for older women. When one of the best examples is the Countess of Roussillon from All’s Well That Ends Well, a character who is onstage for ten or fifteen minutes, it might be time to let go of the myth that Shakespeare’s writing encompasses characters who are universally relevant. But contemporary productions often make these adaptations. Recently there have been female Lears and Cymbelines, older Juliets and Beatrices. The Power Behind The Crone may highlight the need for more roles for older women in theatre, but its premise is old-fashioned. In a mixture of storytelling, comedy and song, Sara Juli tells the story of her treatment at the Pelvic Floor Rehab Center of New England after being diagnosed with a ‘tense vagina’. It is at turns a funny and poignant exploration of managing medical care and the lesser-discussed aspects of motherhood, bringing together episodes from Juli’s treatment with her performance of the daily rituals of parenting.

With an array of children’s and adult toys as props, she performs the stresses and repetitive routines of her everyday life alongside the more intimate, lighthearted moments as she brings the reality of what it means to be a mother to the stage.

While the performance I attended had an unduly small audience, it was one that nonetheless allowed Juli’s warm, natural performance style to shine, a style that made her journey – both physical and emotional – all the more relatable. Mothers in the audience may be better able to sympathise with aspects of Juli’s story, but those who aren’t will still be entertained and informed, and can be sure to leave with a little more appreciation for their own mothers – and perhaps a little more prepared should they choose to parent in the future.

She exposes her personal life, professional troubles and her body, critical of the way women are treated on and off screen in the acting industry In Dr Carnesky’s Incredible Bleeding Woman, Marisa Carnesky tries to demonstrate the wonders of menstruation and overcome the taboo that still surrounds the topic. It starts in the style of a presentation, with Carnesky herself standing at a lectern, reading to the audience from blood-stained lecture notes about menstruation in mythology, popular culture and religion.

Following this, we are presented with various rituals and acts devised by the Menstruants, a diverse group of women, including transgender performance artist Rhyannon Styles. Trans people are still too often absent from conversations about menstruation, so it was great to see her included. It is a very personal show that has the performers sharing deeply private experiences with the audience.

The devised acts vary widely and there is no clear narrative or red thread that connects them apart from all being about menstruation. Some of them are rather bizarre, involving strange costumes, magic acts, sword swallowing and jelly made from menstrual blood. Some of them seem to be very intentionally designed to be shocking.

Some of the audience may have been looking for more straightforward entertainment as during the show I attended, Carnesky has to urge the audience into somewhat reluctant applause for some of the acts. However, the personal interpretations, stories and activism surrounding menstruation within this show mean that it is well worth giving it a chance. Heather Litteer’s autobiographical one woman show Lemonade is a ruthless account of both her personal and professional experiences. She explores her relationship with her mother, as well as her role in the film Requiem for a Dream that she had hoped would lead to a career breakthrough. She exposes her personal life, professional troubles and her body, critical of the way women are treated on and off screen in the acting industry. The narrative isn’t told in a linear way, so it can at times be a bit difficult to follow, but the structure of the show makes sense and comes together towards the end.

Litteer easily slips in and out of various characters to act out conversations between her and her mother, casting agents and directors. Early on in the performance, she breaks the fourth wall between actor and audience and offers some audience members lemonade. This informality contributes to the feeling that the show doesn’t seem scripted and turns into a woman just relaying her frustrations with her acting experience to us. It is a very personal, real show that in some ways feels more like a friend ranting to you than a play. This show has a compelling narrative and an excellent performance, as well as fantastic use of glitter and amazing singing.

Eggs Collective Get A Round (Theatre)
Until 25 August, 21:10, Summerhall
Reviewed by Tanja Daub

Manchester cabaret trio Eggs Collective invites their audience on a night out with them in their show Get a Round. Before the actual start of the show, they offer the audience shots and there are more drinks for whoever wants them throughout the performance. The three women in sparkling sequined dresses party hard and draw their audience in by assigning roles to the audience that require varying levels of participation.

What superficially seems just like a fun show about partying also contains thoughtful political commentary, yelled into a bucket by one of the performers while another holds her hair. It also explores self-esteem and body image. I would like it if they doubled down a bit more on the sombre moments of the show and it would benefit from a slightly clearer structure, but overall there is a good balance between high energy fun and serious commentary.

A TV adaptation of Get a Round will be coming to BBC Two this weekend.

Image one is a publicity shot of Dana Alexander. She stands against a white background wearing all black: black dress, black tights, black boots. She looks away from the camera and plays with a ring on her right hand. She has long dreadlocks.

Image two is of Alison Skilbeck in the Power Behind the Crone. She is just to the right hand side of the photograph. She has her arms folded and looks like she is saying something very firmly. She wears a brown scarf and has shoulder-length brown hair.

Image three is of Sara Juli’s Tense Vagina, courtesy of Grant Halverson. Juli stands on stage on one leg, her other leg is raised into the air in front of her and her arms and head are thrown back. She is wearing a full-skirted dress with a lit-up apron. Behind her is a dollhouse and above her head are many household objects like lamps suspended in the air.

Image four is of five members of the cast of Dr Carnesky’s Incredible Bleeding Woman. All five stare intently at the camera with their arms held out in front of them. They have dark eye makeup, red lips and jewel-coloured opulent clothes.

Image five (and the feature image) is a 1970s-style photograph of Heather Litteer in Lemonade. She is dressed in a high-necked puff-sleeved blue satin dress and her hair is blown back in the style of Farrah Fawcett. She holds a glass with a clear liquid and a few slices of lemon in it. She looks directly at the camera with her mouth slightly open.

Image six is from the television adaptation of Eggs Collective Get A Round, credit Neil Sherwood. Three women stand at a bar. They each have ridiculous marks on their faces in marker pen: blacked out teeth, comedy eyebrows and moustaches, one has a small cock drawn on her forehead. They are wearing sparkling gold dresses and are smiling at each other as if they are old friends.