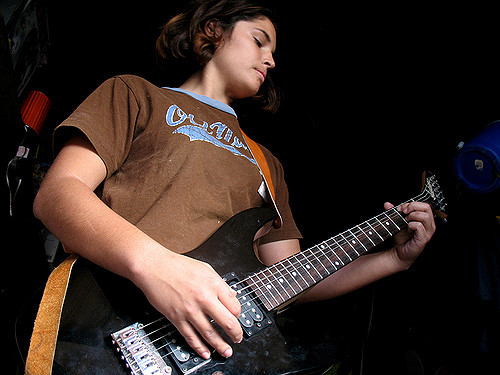 The above piece was written by our features editor. You can read more from Sophie HERE.

Thank you, Sinéad O’Connor, for showing the messy reality of mental illness (The Guardian)

I, a Fat, Beautiful Black Woman, Get Lots of Sex. Why Does That Bother You? (The Root)

Guitar music is in the doldrums, but all-female bands are spearheading its revival (New Statesman)

From the article: “The Home Office needs to catch up with the rest of the UK, drop its vile ‘proof of sexuality’ policy and move on from 1967. All LGBTI people seeking asylum in the UK want – like anyone else – is to be treated with fairness, dignity and humanity.

“Having been forced to flee by hate and intolerance at home, being branded a liar by the Home Office is demeaning and cruel for LGBTI people seeking asylum.”

From the article: “Recent surveys and commentary, mainly from the US, but also from here in the UK, suggest that younger generations have an increasingly fluid conceptualisation of their sexual and gender identities and are less likely to identify rigidly as either straight or gay, or as either men or women … What do these apparent societal shifts mean then for the identities of lesbian, gay and bisexual?”

Fat Women Don’t Get To Be Androgynous (Refinery29)

From the article: “Seriously, google ‘androgynous woman’ and 99% of the photos will be of skinny white women.”

I was an intersex child who had surgery. Don’t put other kids through this (USA Today)

From the article: “Intersex people have been the last bastion of ‘don’t ask, don’t tell,’ with doctors commonly telling parents for many years that the best thing they could do for their children was to have surgery done, even when they are infants, so they can grow up ‘normal’.”

From the article: “All Lara B. Sharp wanted to do last Wednesday was read by the pool. But the title of the book she was reading, paired with the fact that she was a woman in public, made her a victim to some unsolicited mansplaining.”

Military pushes back on Trump’s transgender ban (The Hill)

Jess Phillips: Men on the left are the “absolute worst” (Labour List)

The image is used under a creative commons license with thanks to Ivan on Flickr. It shows a person playing a black electric guitar. They have dark, chin-length hair and an expression of concentration as they play. They are wearing a faded looking T-shirt with a blue collar and blue (unreadable) motif on the front.