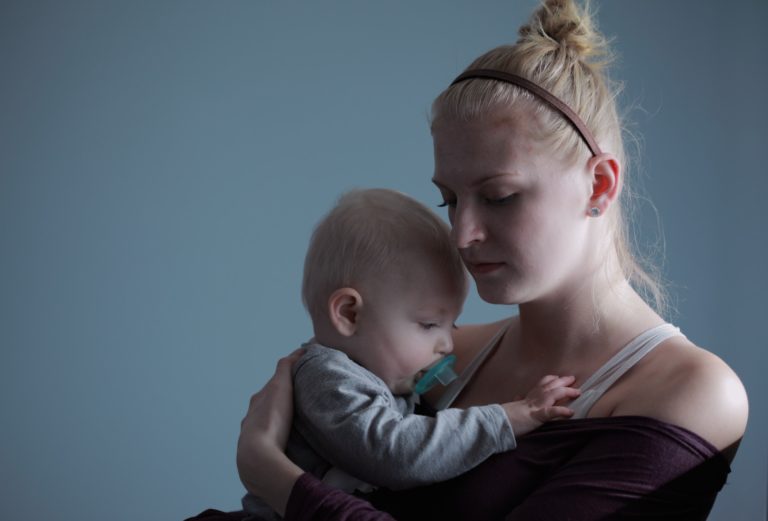 “I was going to get my tubes tied, but as a woman there really is something in your body that will make you wake up one day and suddenly need a baby.” It surprised me to hear these words coming from the woman I was talking to. Granted, we were at a five-year-old’s birthday party, but she seemed an unlikely candidate for a ‘women are made to be mothers’ endorsement. However, this would not be the last time my binary ideas about ‘types’ of women would be challenged. My categorisation of ‘motherly’ women and ‘non-motherly’ women was soon to come crashing down, along with my separation of ‘liberated’ women versus the opposite.

In the gap between leaving one university and starting at another, I took a job as an au pair. I wanted to see a new place and to make some money. I enjoyed the job and learned a great deal, but in the second week I came to the realisation that absolutely nothing about childcare comes ‘naturally’ to me.

I was good at the playing part – being a hyperactive person came in useful here. But I didn’t know how to deal with “I don’t want to brush my teeth” as an argument and, to my own surprise, I struggled with being affectionate. Don’t get me wrong, I ended up adoring the child. But I had to put sticky notes up in my brain that said “caress hair in motherly way”, “tend to every level of ‘wound”, “hold her hand – yes, even just to the next room”, and so on. It also felt very overwhelming to have to think of every little thing for another human being. I had to focus really hard on remembering that the kid needed me to tell her to wipe her face, even though she can see and even feel exactly what I can.

I am not against the idea of having my own children one day, but my current focus is academia and my career, and I foresee this being the case for a very long time. So when this lack of motherly ability affected me so badly emotionally, I couldn’t explain why. I started to devalue everything I was good at, because I wasn’t good at this one thing that every woman is supposed to be able to do. I knew what was happening in my head but I couldn’t understand why. I am an educated, well-read, supposedly liberated feminist who knows that my worth is not determined by my mothering ability.

I would even lie to my best friend about my days with the child so that he didn’t know I wasn’t so great with kids. I wanted him to think that I wasn’t the motherly type because I chose not to be, not because I couldn’t be. I was worried that this guy who knows me well, is a radical feminist himself, has great politics and who loves me dearly, would see me as ‘less’ because motherly affection and softness weren’t among my defining characteristics.

Moreover, I became extremely disappointed in myself for feeling and thinking this way. I felt that I had failed as a feminist, that I couldn’t possibly believe all the things I wrote about if I wasn’t buying into them. I felt that I had not successfully liberated myself and the powerlessness this delivered was staggering.

This anecdote is nothing profound; it merely serves as yet another example of the patriarchal pressure women experience to fit into a certain male-approved version of how we should be. Furthermore, it proves that we’re all affected by it. The ‘woke’ ones, the socially aware ones, the feminists, the writers, the scholars, everyone. And this is important to realise. We have to allow ourselves the time and the resources to process our feelings and their origins.

It took a very emotional, very confusing experience for me to realise that recognising and resisting sexism does not constitute an impenetrable shield against internalising it. And that in fact, internalising it does not make me a bad feminist – it makes me a person who cannot help be influenced by the myriad manifestations of patriarchy.

In all feminist spaces, we need to ensure that we support each other to work through this internalisation of oppression rather than expect knowledge and understanding of sexism to cancel this out. And as I see myself as guilty of this expectation, this is my first attempt to infiltrate feminist media by merely offering recognition of anything you are feeling and solidarity for its impact on you. You have not failed in your activism because you find yourself affected by the society you live in, whether through feeling insufficient because of an absence of motherly instinct, or something completely different. As an activist, you need to fight for your own right to be human, too.