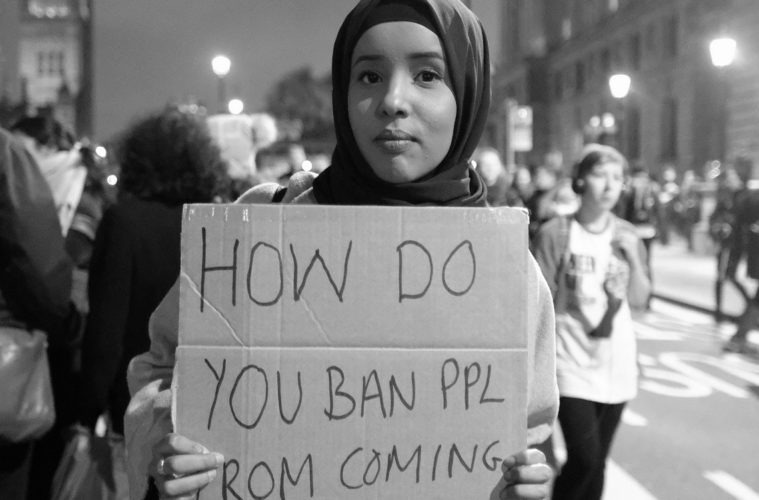 Last month, the case of Lola Ilesanmi made the national press, when the Prime Minister halted her and her daughter’s deportation to Nigeria. Ms Ilesanmi said that her daughter would face female genital mutilation (FGM) if they returned to Nigeria and Theresa May, speaking out against FGM, withdrew the refusal of Ms Ilesanmi’s Leave to Remain. The case has been referred to the Immigration Minister, Brandon Lewis, for review.

Ms Ilesanmi was in the UK on a joint visa with her husband, but fled her home with her small daughter because of the abuse she suffered there. She says she was beaten and forced to have an abortion because she refused to subject their daughter to FGM, a practice which tragically persists in the UK. It is estimated that 137,000 women and girls have been affected by FGM in England and Wales. Ms Ilesanmi’s husband is believed to have reported that they were estranged to Home Office officials, and the Home Office subsequently refused her leave to stay in the UK.

Ms Ilesanmi left her home to escape domestic abuse and found herself facing deportation. Her treatment raises important questions regarding the ability of women to speak out and seek help regarding abuse in the domestic sphere. How many women are tied to abusive partners under threat of deportation? Globally, intimate partner violence at the hands of a male constitutes the most common form of violence against women and affects one in three women across the world. In the EU, it is the most widely reported form of gender-based violence: over one in five European women has experienced physical and/or sexual violence from a current or former male partner and in the UK, the numbers rise to one in four.

This abuse can take a variety of forms: physically harmful violence, with or without a sexual aspect, can accompany economic deprivation, psychological manipulation and emotional abuse. A recent study found that nearly half of women in Europe have experienced humiliation at the hands of a male partner, one in seven have had a partner threaten them with physical violence and one in twenty have had a partner forbid them to leave the house, take away their keys, or lock them up.

We know that many women stay with abusive partners and the reasons for this are myriad and complex. At the heart of an abusive relationship is an assertion of power and in the case of male violence against a female partner, this power imbalance is facilitated by continued gender inequality in political, economic and social spheres. Fear of a partner, normalising violence, low self-esteem, emotional manipulation, culturally-imposed gender roles, protecting a child and economic dependency are just some of the reasons that women cannot or do not leave abusive relationships (the domestic violence charity Refuge provides further information about this).

Added to this list, as shown by Ms Ilesanmi’s case among others, is immigration status: if a victim of domestic violence is undocumented, or reliant on her partner for her or her children’s immigration status, she may well fear that reporting the abuse will affect her right to remain in the country – lack of confidence or ability in English can sometimes compound this situation. The above mentioned power dynamic at the root of male violence against women is only magnified by complete reliance on a partner for the very right or ability to be in the country. This puts such women at risk of extensive abuse.

The unique challenges that immigrant victims of violence face vary from woman to woman, but some of the more common forms of violence that these women are vulnerable to include economic abuse, such as being forced to work illegally, having to withstand threats of being reported to the UK Border Agency, deliberate isolation from friends and family members and withdrawal, or threats of withdrawal, of immigration papers filed for her residency. Deprivation of schooling or training at the hands of a partner, particularly to refuse English tuition, is another prevalent form of abuse faced by immigrant women in the UK.

So what can be done? Existing political strategies rely on women’s ability to have recourse to public services and to seek help. The domestic violence rule of Indefinite Leave to Remain applications is one such example. This stipulates that a woman who is in the UK on a spousal or partner visa can apply to settle here if the relationship has broken down because of domestic violence. Unfortunately, the application holds a fee of £1051 unless a woman is entitled to public funding (also known as legal aid). Similarly, a woman can apply for Leave to Remain if her children are British citizens under article 8 of the European Convention on Human Rights and if she meets linguistic and financial eligibility requirements.

The legal aid and advice often required to activate both of these processes can be exceptionally difficult for immigrant women to obtain. What is more, Lola Ilesanmi’s case shows that applications for Leave to Remain under the domestic violence rule can be refused. Recognising these challenges, the women’s charity Rights of Women provides free, confidential legal advice and information by specialist women lawyers to enable domestic violence survivors to understand and benefit from their legal rights. Evidently, the potential procedural, linguistic and financial barriers to gaining Leave to Remain can prevent immigrant women from being able to access safety, stability and justice.

Governmental actions continue in the same vein. Increasing refuge spaces, committing public funds to supporting domestic violence charities and ratifying the Istanbul Convention, though positive and sorely needed, do not necessarily aid those women who find it most difficult to access help. The specific needs of different survivor groups must be taken into account. Immigrants to the UK should be protected from jeopardising their legal status when they come into contact with public services, such as the health care system or the police.

It is important, therefore, that work is done to ensure that women are able to seek help. Empowering vulnerable women is essential to this mission and the work of NGOs and charities is particularly important in this domain. As the domestic violence charity PHOEBE notes, one of the most important steps in addressing violence against women in immigrant communities is awareness of their particular vulnerabilities. PHOEBE works to educate advocates on the needs of immigrant and refugee women and undertakes extensive work with immigrant groups to empower women to become leaders in their communities. Through the provision of tools, resources, and intervention strategies on domestic violence in immigrant communities, they aim to improve access to opportunity for these women. This Ipswich-based charity relies on volunteers to help with English tuition, youth work, fundraising, or individual project work, as well as on donations; more information can be found on their website.

Women for Refugee Women similarly works to empower immigrant communities. The London-based organisation helps women who have sought asylum in the UK to speak for themselves and organise. They support two grassroots groups in London (Women Asylum Seekers Together London and the London Refugee Women’s Forum), to which more than 70 women attend weekly for English classes, advice, arts projects and social events. Joining their mailing list to keep informed, organising an event to share the stories of the women with whom they work, or providing financial aid if feasible are all actions that can greatly support their work.

On a societal level, the stigmatisation of both immigrant communities and domestic violence victims contributes to the deprivation of protections and resources available to immigrant women. The demonisation of immigrant populations in the media (as exemplified by the Daily Mail on a regular basis), in addition to the Government’s less than favourable treatment of migrants (be they Middle Eastern asylum seekers or EU citizens), does little to facilitate an environment in which vulnerable populations can more easily access public services. Spreading awareness of the real narratives of immigrant communities and the realities of domestic violence can help to counter this. Women’s Aid’s campaigns aim to do exactly that and are easy to support, whether by signing petitions, sharing content on social media, or becoming a regional Women’s Aid Campaign Champion.

The case of Lola Ilesanmi highlights the particular challenges faced by immigrant survivors of domestic violence. Her case is under review, and she needs Leave to Remain in order to continue her life in the UK with her daughter, which her MP has described as “vital for the safety of Lola and her young family.” Let us hope that Ms Ilesanmi and her daughter can rebuild their lives in the UK free from harm, and let us continue to work towards a world where women – no matter their background – can be free from violence.

If you or someone you know may be experiencing abuse and is in of help, you can call the Freephone 24 Hour National Domestic Violence Helpline: 0808 2000 247

Image credit: Shared by Alisdare Hickson under a Creative Commons license.
Image description: A black and white image of a person in a hijab, looking forward with a neutral expression, holding a cardboard sign that says ‘How do you ban people from coming to a country you stole?’.

Nathalie currently works in women's policy, and has a background in the international not-for-profit sector. In her free time, Nathalie writes on topics relating to violence against women and women's rights, and works with media outlets to further conversations on sexual violence in the UK. @nath_greenfield