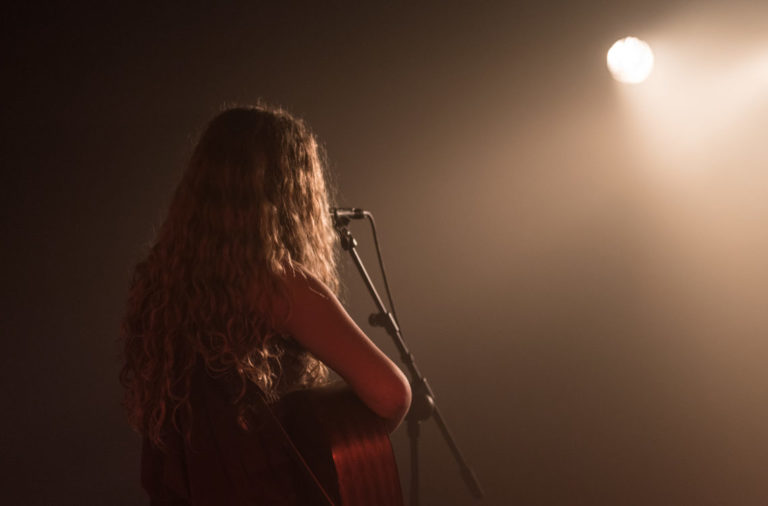 From the article: “The idea that Muslim immigrants and their families have brought sexual abuse and violence against women to our shores is an insult to them, as well as to the generations of women and sexual abuse victims who have lived among us for centuries and whose suffering had no name or voice.

Nor does it help safeguard our children. In the north-east it would appear that the majority of those convicted of online grooming are white men. Should we be teaching our children to beware of white men online and Muslim men offline? Does that mean abuse by black Christian men is ignored? We know that the most likely perpetrators of child abuse are family members. Should we be attacking the family unit? Stereotyping does not safeguard the vulnerable, it merely makes them more vulnerable.”

We Are The 50%: The Truth Behind the Supposed Decline of the Guitar (She Shreds)

“For those of us guitar and bass players who identify as women, femme, or gender-conforming, the dearth of acknowledgment for the talent amongst us has been just as glaring as the intensely bro-centric representations of guitar culture that do permeate our society, from testosterone-soaked music festivals to glossy, misogynistic magazines. Some of the worst perpetrators have been guitar brands, with archaic marketing strategies ranging from companies like Gibson hiring booth babes to lure people who fall for that kind of thing at the annual National Association of Music Merchants conference to Dean Guitars posting a photo on social media of a naked model licking a new guitar.

“Fifty percent of all buyers of new guitars in the last five years have been female,” Jones tells She Shreds. That’s right: According to Fender’s research, the future of the guitar industry is gender-diverse, playing the instrument for fun rather than in pursuit of guitar herodom, and is less obsessed with specs.”

An Apology to Green Street (GAL-DEM)

From the article: “Implicitly, my issue was with the people who occupied the spaces, created the scents and existed visibly and vibrantly. People who were no different from me and my mother, both first generation immigrants from Bangladesh. Yet my egotistical snobbery wanted to separate myself from the very people whose relentless labour built up a safe community in which we could exist in a country that aggressively attempts to erase us.”

A short history of slutshaming, after a woman told my employers I was a ‘SLAG’ (i news)

Being a Second Lover Means Loving Yourself First (Bitch Media)

From the article: “For some people, second can be an intimacy preference. I really enjoy being the other woman in a transparent scenario. I love doing my own work all week and having someone show up to romance and touch me and then go home. I love knowing my lovers have stability and support and home, that I am only responsible for my/our pleasure. I love having abundant nonstop sexy time for a few days and then not having to worry about anyone else’s needs until the next visit.”

Are we OK? The performance of emotional labour in queer spaces (The Queerness)

From the article: “Consider the question “Is everything OK between us?,” said by someone who is masculine (and I am using terms like masculine and feminine in a very loose way here) to someone who is not. As a sidenote, part of who has privilege and is heard in our society is how close to, or far from, masculinity they are. The question might make the questioner feel like a good feminist man, or a good ally; they are open, and checking out their behaviour. However, if we consider it deeply, it shows the refusal to reflect, to do the emotional labour. If you ask someone else to explain to you whether things are OK, you have already sensed things are not OK, but are unwilling to do the work involved with finding out why. Instead, you are putting the burden of the labour onto someone else, expecting them to expend the energy, not only in working on their “not okness” but then in reflecting back to you how it is not OK, and usually how it can be fixed.”

Laura Kuenssberg hiring a bodyguard was depressing. Then it got worse (The Guardian)

Why Aren’t Mothers Worth Anything to Venture Capitalists? (The New Yorker)

From the article: “I don’t have a so-called “unruly body,” as Gay calls it. Therefore, my body still plays by the societal rules and meets the expectations of what a woman “should” look like. I’m not saying women who look like me (or who are thinner than me) should not be part of the body positive movement. We’re all invited, and there’s enough room for everyone. But we need to be mindful of the messages we put out there.

From the article: “The word ‘caste’ has multiple meanings, none of which is good. The ‘caste’ with which we’re probably most familiar in the UK is the stratified class system of India that created segregation and disadvantage for centuries. But the root of ‘half-caste’ is the Latin word ‘castus’, meaning pure, and its Spanish and Portuguese derivative ‘casta’, meaning race. So ‘half-caste’ means impure, it means white is pure and anything else just muddies the blood.
I explained that calling anybody half of anything was dehumanising and derogatory. If we are half, then is everyone else whole? And when us halves have kids, what will they be?”

The image is used under a creative commons license with thanks to Alex de Haas on Flickr. It shows somebody with long, curly hair stood on stage in a spotlight with their back to the camera. They appear to be singing into a microphone and playing a guitar.