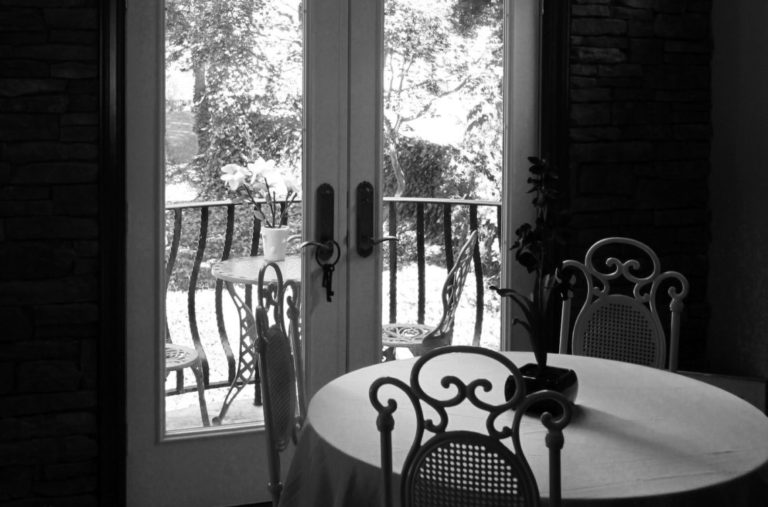 Mayim Bialik, if you think modest clothing protects you from sexual harassment, you need to listen to these Muslim women (The Independent)

What is it like to be a teenage lesbian in rural Russia? (Dazed)

Finally, we have the first-ever ad that shows period blood (The Pool)

From the article:”In a Tuesday morning interview with Democracy Now, Burke discussed the origins of the “Me Too” movement and why it’s still so relevant today. As a survivor of sexual violence herself, Burke said she used the “me too” phrase as a way to connect with other survivors, specifically young women of color.

“[I was] trying to find a succinct way to show empathy,” Burke said. “Me too is so powerful because somebody had said it to me and it changed the trajectory of my healing process once I heard that. Me too was about reaching the places that other people wouldn’t go, bringing messages and words and encouragement to survivors of sexual violence where other people wouldn’t be talking about it.”

No place of safety: The inside story of how women fleeing domestic violence lost their refuge (The Bureau of Investigative Journalism)

From the article: “The Bureau of Investigative Journalism has been following the stories of six of the seven women housed in that [domestic violence] shelter for the past three months as they have been buffeted around the social services system, from hotels, to council meetings, to lonely flats. The seventh woman has dropped off everyone’s radar.

We have also found that local authorities all over England have cut their funding for women’s refuges, by 24% on average. In Kensington and Chelsea, however, the cuts are even more stark, with refuge funding plummeting 45% over the same period.”

What can your period tell you about the state of your health? (The Guardian)

From the article: “Bodyform has broken convention: the feminine hygiene brand’s latest sanitary towel advert is the first to use red liquid. The fact that showing liquid that looks like blood to denote real blood counts as taboo-breaking is as ridiculous as the blue liquid inflicted on our fragile sensibilities for years. As Bodyform’s slogan declares: “Periods are normal. Showing them should be too.”

This is about more than advertising. Making periods visible – by using red liquid, but also in discourse – is good for your health. Women’s health is routinely underresearched, but you can learn a lot from the state of your period.”

From the article: “Feminism should be a spiritual awakening for men; it should be a revelation of the ways they have participated in the oppression of women in both public and private spheres. It should show them the parts of themselves, their own feminine nature and their capacity for compassion and vulnerability, that they have dismissed as mere weakness, that need to be reclaimed. It is a psychological – even a spiritual – project, not merely a political one.”

From the article: “In 2015, while playing some reunion shows with the original line up of Jack Off Jill, Alternative Press Magazine asked me in an interview ‘What would older, wiser Jessicka tell her wilder, 19-year-old self?’ My reply was:

‘Don’t allow anybody—especially your current boyfriend—to verbally ridicule you, psychically abuse and rape you, fat-shame you, break your spirit, make you second-guess yourself and ultimately steal your identity. Don’t worry: He’ll get trapped in the green dress he stole. It becomes his curse rather than a gift, trust me.'”

From the article:”Self-harm reported to GPs among teenage girls under the age of 17 in the UK increased by 68% over just three years, research has revealed.

The study also found that self-harm among young people aged 10-19 was three times more common among girls than boys, with those who self-harmed at much greater risk of suicide than those who did not.”

Who am I supposed to tell when a man sexually harasses me in front of our friends? (The Pool)

From the article: “I always knew whatever shitty thing was happening to me was wrong, but I never had any idea who I could tell about it. Calling the police would have seemed over the top even if it had occurred to me and, most of the time, I had no clue whether what had happened was a matter for the law. All I could really do was try to make them stop – usually in vain – or wait until it was over, and then get out of there.”

From the article: “… I have to deal with the fact that by being as sexually open and free as I am, I can be perceived as reinforcing stereotypes about bi people. The best I can do is just remind folks that not all bi people are polyamorous or as sexually active as I am. You’d think it’d be obvious that bi people, just like gay and straight people, are a diverse group of people. We don’t all relate to people in the same way. Many bi people are monogamous. Some are even celibate. And, yes, some of us are polyamorous and sexually active. So what?”

Why I refuse to post “Me too” as my FB status, or: Why Harvey Weinstein is the least of my concerns (Heather Jo Flores, Medium)

Some victims stayed friends with Harvey Weinstein. I did the same with my rapist. Here’s why (Natalia Antonova, Vox)

From the article: “Employers will say privately that they don’t want to hire people with mental health problems because they are unreliable, or people with physical health problems because they need too much time off; in the pub, the same people criticise those who are disabled or chronically ill for being scroungers and read tabloid newspapers that slate disability activists for being well enough to protest without being well enough to work.”

Them Too (Re-reading the second wave)

Why Do Women Point Fingers? The Rise of Victim-Blaming in a Country Under Assault (Caroline Orr, Playboy)

From the article: “Believing that sexual assault happens (at least in part) because of women’s choices provides a sense of security, albeit a false one, by conveying the notion that we’ll be safe as long as we don’t make those same “mistakes.” It tells us that sexual assault can be avoided by simply making better choices, as Bialik seemed to suggest in her NYT op-ed. It also lets us believe that the world is generally a safe place where bad things don’t happen to good people.”

The image is used under a creative commons license with thanks to Jenn Durfey on Flickr. It is a black and white photograph of a table with a white tablecloth. It is in front of doors out to a sunny, but potentially cold, balcony which also has a table.