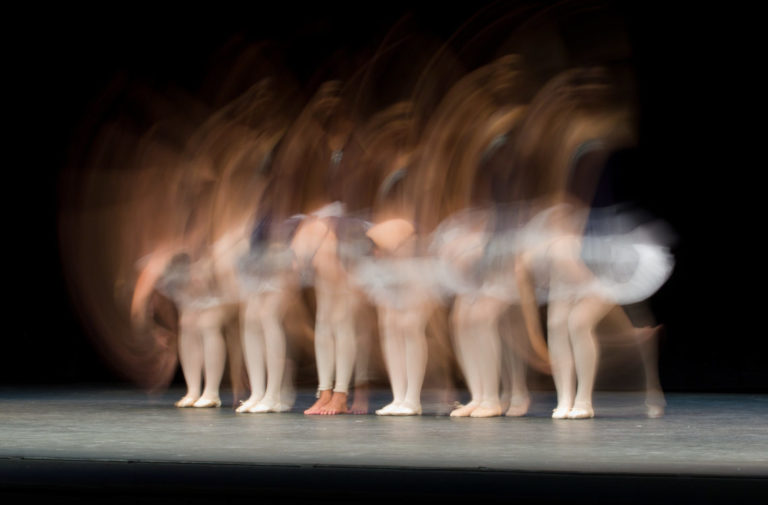 If You’ve Ever Made a Fat Joke, Fattitude is the Documentary is For You (Observer)

From the article: “The suicide-bombers sent by Boko Haram are, however, less lethal than those used by other groups, say Mr Warner and Ms Matfess. This is partly because around a fifth detonate their explosives when confronted by soldiers, killing only themselves. Yet still the group sends attackers to Maiduguri, the city where the insurgency began, to target the university, markets and camps for the displaced. It is no coincidence that its use of female bombers rose sharply after the kidnapping of the 276 “Chibok Girls” from their school in April 2014. Boko Haram realised the propaganda value of women: the use of supposed innocents as lethal weapons has a powerful shock factor. They arouse less suspicion (at least they did when the tactic was first deployed, if no longer) and can more easily hide bombs underneath voluminous hijab. And by sending women to blow themselves up, Boko Haram also saves its male fighters for more conventional guerrilla-style attacks.”

The Future Is Female: How ‘Blade Runner 2049’ Uses Gender (Collider)

From the article: “Hanks is not a Harvey, but he’s from the same world. Just because objectifying women in fiction is at the less serious end of the sexist spectrum, doesn’t mean we have to put up with it. If Hanks wants to do better in his next collection, he would do well to put down the Hollywood scripts and read some women writers.”

From the story: “Pick was a forward-thinking and enlightened manager who did not discriminate based on gender — he chose artists based purely on their talent and on their power to entice Londoners to use the Underground not just for business, but for pleasure, which became increasingly important for revenue.Pick commissioned the first female poster designer, Ellen Coates, in 1910 to create a poster for the Underground Group’s tram network. In 1922 the Central School won a commission to design posters for the LCC Tramways, which was a golden opportunity for budding designers like Freda Beard, who were often given their first commission under the scheme.”

‘Tear it down and start again’: playwright Elinor Cook on Sexism in British Theatre (The Guardian)

From the article: “I find it shocking that [the notion of a female playwright] can be seen as so out there. I’m white and privileged and straight, and if I’ve found it difficult to break through, how much harder is it if you’re not those three things?”

Why Brian Molko Was the 90s’ Ultimate Queer Icon (Another Man)

From the article: “Adamant that he was never out to invoke the kind of straight-up shock tactics that Marilyn Manson and other androgynous 90s stars relied on, Molko told Kerrang! this month that his cross-dressing was a largely political statement, aimed squarely at the homophobia that plagued in the music scene at the time. ‘Basically, I wanted anybody who was slightly homophobic in the audience to look at me and go, “ooh, she’s hot. I’d like to fuck her”,’ he explained, ‘before realising that “her” name was Brian, and then have to ask themselves a few questions about, shall we say, the fluidity of sexuality itself.’”

From the article: “In recent years, North Koreans have populated a new wave of talk shows, reality TV programs and dramas — each of them promising viewers a thrilling glimpse of life north of the Demilitarized Zone. Often enlightening, sometimes tawdry (and occasionally both), these programs have proved highly popular. This is a media trend like none other. It wrings content from young women who’ve escaped the world’s most tyrannical regime. It sharply inverts the typical image of fly-nibbled refugees, replacing it with a new stereotype: celebrity defectors who are invariably young, female and attractive.”

From the article: “By way of explanation, I have to take you way back in time to my childhood in the late Eighties. Picture a little brown child with frizzy hair, a faint moustache and a monobrow sitting in the back of her dad’s (also brown) Ford Cortina, driving around the sterile streets of suburban north London. Her dad, an Iraqi, had a penchant for playing tunes from his homeland. The glove compartment of the Cortina was filled with tapes hand-labelled in a scrawly language the little brown child couldn’t understand. Her father would play the tapes loudly and sing along enthusiastically. The little brown child would cry, ‘Dad please turn that music off it sounds like a cat being strangled. I want to listen to Kylie.'”

How do women navigate sex and dating in the wake of #MeToo? (Joana Ramiro, Independent)

Toxic masculinity is everywhere. It’s up to us men to fix this (Jordan Stephens, Guardian)

When It Comes to Inclusivity in Publishing, Editors Also Play a Role (Jennifer Baker, Electric Lit)

From the article: “…The ultimate responsibility always falls on the creator, but the many people who see the book on its way to publication are culpable too. We’re here to aid writers, and in a sense that does mean protecting them. But protecting the writer also means ensuring the work works.

Understandably editors (and agents) are ‘worried about their clients.’ We’re worried about how things may be taken or dissected. I do wonder, though, if this concern stems more from the desire to protect the privileged masses over the marginalized ones. This can also be part of the inability (or unwillingness) to make the effort required to see inclusivity and parity come to fruition. It means that someone, possibly those of us in a position of power, will be uncomfortable and need to face that discomfort. Senior editor Kate Sullivan at Delacorte wrote about the need for editors to ‘check ourselves.’

Checking ourselves includes not prioritizing the white gaze; analyzing the prose at a micro not just macro level; and discerning why editors don’t connect with marginalized voices and do connect with white, socioeconomically well off, cishet ones. To not do any of these things under the guise of ‘protecting’ the writer or more so enhancing the work is a failure on our part.”

From the article: “…Across the west there’s been a very calculated pink-washing of white nationalism. It’s OK to hate Muslims because Muslims hate gay people, we’re told by white people who also hate gay people – just not as much as they hate Muslims.”

How to Make Sense of the Radical Challenge to Sexual Harassment in Academia (Nehmat Kaur, The Wire)
[South Asia]

From the article: “Women have nothing to gain from naming powerful men who harmed them. In a culture of victim-blaming, they end up more emotionally, financially and professionally depleted after speaking up than they were before. They are also opened up to vindictive responses, so that making a complaint is often career suicide for women academics. If we choose to protect ourselves and not report, we feel guilty and cowardly for that too.”

The image is used under a creative commons license with thanks to Hernán Piñera on Flickr. It is a photograph of five people standing in a row on what appears to be a stage. They are all wearing similar clothing, including white tights or leggings with white pumps or bare feet. They all appear to be slightly stooped over with their eyes to the ground, but there is a blur in the photo, suggesting movement – as if they were all in the process of standing upright.