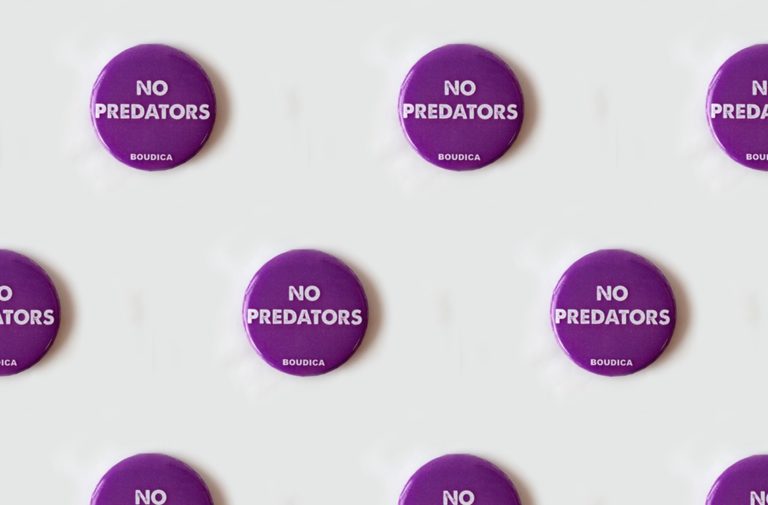 How to reach the goal of #nopredators in film industry?

When the first sexual assault and abuse allegations against Hollywood movie producer/predator Harvey Weinstein broke just under a month ago, no one could’ve predicted the spiral that has since happened.

Whilst the American and European media have been “shocked and angered” about the ever growing allegations of sexual abuse and assault in Hollywood, for many of us (specifically those who don’t fall into the cis, white and male category) they only confirm what we already knew. It’s absolutely sickening that Weinstein and others have got away with everything they did for so long, but it sadly isn’t really news to many of us. The #metoo hashtag highlighted just how widespread the issue of sexual harrassment and assault is and that it clearly isn’t limited to the US film industry. Boys’ clubs, “locker room talk” and atmosphere where sexism can thrive are all still alive and well. Unfortunately, while #metoo campaign has opened a dialogue, its success still relies on women recounting their own traumatic experiences in order to prove to others that yes, this really does happen to almost every woman. Still, recently I’ve found myself having conversations about sexual harassment with friends and family members. We’ve shared our own stories; stories that may not have come out otherwise. We can’t hope to overcome this epidemic (that’s exactly what it is) if we don’t feel safe enough to even start having this conversation, let alone tackling the root causes.

Talking about it is a good start, but Boudica Films – an independent UK company who finance and produce female-led films – have got a few more ideas on what we can do to curb these horrifying attitudes and how we can create a space for victims to come forward. The ‘No Predators’ (#nopredators) campaign outlines several new ideas; a code of conduct for those working in the industry, free legal advice for those who have experienced sexual harassment or abuse, and “No Predators” badges for crew members to wear.

During my interview with Boudica Film directors Rebecca Long and Ian Davies, they explain how their campaign was designed to help highlight current issues, stamp out the stigma of speaking out and support those who have experienced sexual harassment. The badges, designed to be worn by crew members and staff, are a symbol of visibility – and one that we desperately need.

“We’re not that naive to believe a badge will change thousands of years of patriarchal abuse,” Rebecca says, “but we feel the badge can have good symbolic value… it helps to create a sense of community.” Of course, there have been mixed opinions in the past about visual cues to let others know where you stand (I am vividly remembering the safety pin debate), but the No Predators badges genuinely seem like a good idea to try and foster an environment in which “there’s nothing wrong with laying out what has happened on the table”.

The most impactful element of the No Predators campaign, though, may be the free legal advice helpline that Boudica Films are setting up

I believe Rebecca is absolutely right. Hiding or simply ignoring the recent allegations in the film industry is just as harmful as denying or minimizing them. Boudica Films are also releasing a code of conduct for those working in the industry – a fundamentally important resource. In the social media age, it’s very easy to tweet the “right thing” but not actually put any weight behind allyship. It’s easy to wear a safety pin or a badge and think that means you have done enough. Both Ian and Rebecca are clear that the code only repeats what is already covered by UK law, but that “it’s important to reiterate what is expected and what you should and shouldn’t do”.

The most impactful element of the No Predators campaign, though, may be the free legal advice helpline that Boudica Films are setting up with law firm Equal Justice.

“A lot of the #metoo stories talked about the difficulty of sharing their story or getting advice,” says Rebecca. They are, of course, spot on. Many survivors of sexual assault may fear no one will take them seriously or that they can’t speak with their line managers, especially in the male dominated film industry. Women In Film & TV UK have released statistics that show only 7% of films made since 2000 have had majority women crews. In a study ranging from 2005 to 2014, women only made up more than 50% of the crew in 3 departments – casting, makeup and costume. Perhaps the most astonishing revelation of all is that only 4.5% of all British films since 1913 have been directed by women.

While Boudica Films’ initiative is certainly a great starting point, there is lots more work to be done

The fact is that the UK film industry is still a very male dominated environment. Rebecca and Ian make it clear that certain issues arise within any organisation that is dominated by a small clique, and that the UK film industry’s “old boys’ clubs” structure doesn’t help. Sadly, we can’t all have our own Carrie Fishers ready to step in and send a cow’s tongue to any abusive, power-hungry producers who decide to infringe upon our bodies. How I wish we did.

Research that Boudica Films have compiled “suggests that a more inclusive workplace helps to decrease the level of sexism” and they champion gender diversity within all their productions. Rebecca goes on to explain:

The worst cases of sexism and harassment that we’ve heard about on films have pretty much been where women were heavily outnumbered by men or where there were very few or no women in positions of power. It’s extremely important to look for balance across the board – having a female director is not enough

This is where visibility comes in. We need to be able to look for and recognise male allies within the ‘old boys’ clubs’ and also women allies who have managed to make it to the top. We need to be able to point out people who will help us or challenge sexist behaviours. Even more than this, it may even make offenders think twice if they know there are crew members and staff watching them and monitoring their behaviour, particularly staff in positions of authority. Visibility is also important for women trying to get into the industry in the first place. It’s difficult to aspire to be something we can’t see and this is even more acute for women of colour, as a BFI study shows that they make up only 5.3% of the UK film industry workforce (Boudica Films do not mention WOC explicitly in their campaign). Boudica directors strongly believe that one of the most important things we can all do right now is to keep supporting women in film, especially women directors. Boudica’s latest production, Kat & the Band, is the story of a young girl who tries to take on the establishment by becoming a tour manager despite the fact that she is still in school. Directed by a woman (E.E. Hegarty) and from a script written by another woman, BAFTA nominee Jemma Field, Kat & the Band will be a great fix for anyone needing some downtime from social media or the 24 hour news cycle.

Rebecca and Ian are realistic about the possible effects of the campaign: “We don’t think this will solve the issue of sexual harassment in the film industry but we hope that it will provide some support for some individuals.”

While Boudica Films’ initiative is certainly a great starting point, there is lots more work to be done here in terms of highlighting the issues faced by WOC specifically, not just “women” as one homogenous group within the industry.

Read more on Boudica Films’ work and the #nopredators campaign and on Equal Justice.

Both images courtesy of Boudica Films.

Images description:
1. Purple round badges with white lettering: “No predators/ Boudica” set out in a pattern.
2. A medium shot of a white woman with dyed blonde hair and a white man with grey hair, standing next to each other with their hands on their hips. They’re wearing smart casual attire and have small purple badges in their lapels. They are Rebecca Long and Ian Davies, directors of Boudica Films.
3. A purple round badge with white lettering: “No predators/ Boudica”.