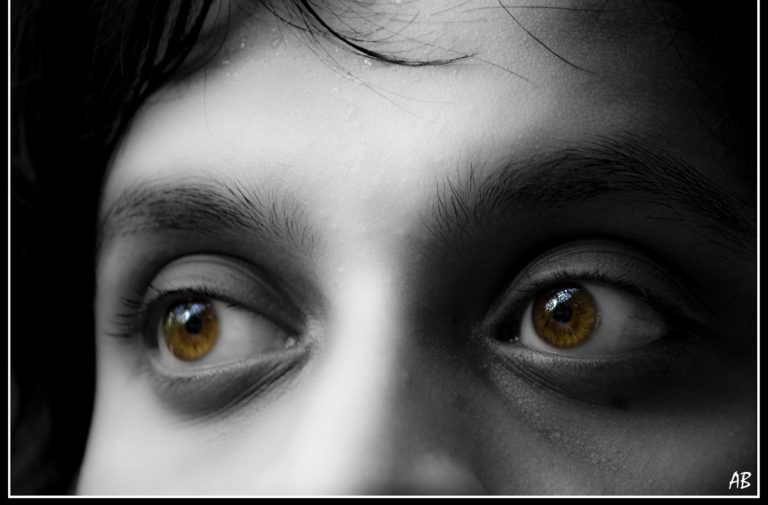 It was during an evening out with my unmarried brown-skinned girlfriends, three of South Asian descent and one of Afro-Caribbean mixed race, that I realised that even in a so-called ‘civilised’ society, we are the ones still battling for our freedoms. Despite all being over the age of 18, obtaining permission to leave the house on an evening through our families and parents is one thing, but having to request it during daylight hours whilst identifying our pre-approved destinations of choice is quite another.

During our meal, we received a distress call from a fellow sister, who shrieked down the telephone line that her uncle had seen her car parked up at a hotel. A hotel she had visited with her boyfriend. What ensued was a comical period of chaos, as we grappled to come up with a viable excuse that would save her from the well-known horrors and shame of becoming ostracized by the community for having had carnal relations outside of the institution of marriage.

Another of my (adult) friends also has a curfew, and every night if she is not home by 9pm she receives a call from an aggravated mother asking her where she is. I realise that the same can be said about almost any woman from any background amidst many cultures across the world. However, I am speaking purely from experience of being a British South Asian woman, and I am in no way minimising the oppression other ethnic minorities may go through. We are fully grown adults just a decade away from being middle-aged. So, why is this still happening?

To truly understand why we are still living such restricted lives in the 21st century, we first must look at the history of my culture, tradition and religion. When our grandparents first came to settle in Britain in the 1960s, women and girls remained very much the homemakers and subordinates, particularly since the mass murder and rape of millions of women across India, Pakistan and what is now known as Bangladesh during the partition of 1947. Religion, forcing a country apart and an amplified tradition and culture mean that, as far as patriarchal structures go, women will always be second-class citizens. A girl’s duty is to get married young and a woman’s duty is to bear a male heir. Both must look after their homes and their husbands, as a woman’s prime job, according to tradition, is seen as raising the next generation from lap to nuptial.

In the United Kingdom, men will still eat before and separately from the women, something that is meant to demonstrate a woman’s ‘respect’ for them

The politics of unpaid labour that mothers are required to provide to this day, including emotional labour, maintain the lower position of the woman, who is often seen as a harvesting incubator rather than a human being. Just recently a BBC news story indicated that Indian women at home are eating after men in the family, rather than at the same time, causing malnutrition and enforcing stereotypes.

In the United Kingdom, men will still eat before and separately from the women, something that is meant to demonstrate a woman’s ‘respect’ for them. Interestingly, when I was a child, the weddings I attended were separated into two parties – men and women – where men were, of course, fed first. This changed over the years as weddings began to modernise. Without being able to pinpoint why, this progress has very recently begun to reverse. This could be the collective decision of mainly women who are heading back into the pillars of religion seeking solace and protection in that which is meant to inhibit them in certain ways, and also from the narrow and close-mindedness that this culture affords us. Yet, religion itself can also be restricting, as it is a patriarchal structure.

And it’s not just about food or weddings. Women rarely attend the mosque and when they do they must sit at the back. Every Friday, some afternoon prayers are followed by a talk, which is usually about women’s ‘deviation’ from religion. Religion and cultural rules are interlinked when it comes to men receiving such preferential treatment, thus further placing women into the box marked ‘other’. But in most cases, cultural definitions overrule or define the religious teachings, and this is dangerous territory and can result in men making up their own rules which could further inhibit women from living free lives. Islam forbids forced marriage, for example, but culture often entertains this.

It seems we have brought these archaic attitudes across three oceans with us, as we assimilate into another patriarchal society: the western culture. But here, where some young people are encouraged to leave the parental home, earn for themselves and cohabit with partners as they wish, South Asian descendants remain shackled to the ideology of honour and respect. It is our responsibility to uphold the family name, and in doing so sacrifice what we want to do with our lives. Women must stay within the family home until we marry, and we must not travel far. The same rule does not extend to boys and men however, as they are free to stay away for the night and leave home as and when they wish. Their honour lies in providing for the family.

But it’s not all doom and gloom. Many young British Asians, particularly men and an increasing number of women, are able to pursue careers in various professions, earn their own money and put down payments into property. The final destination is, of course, marriage, however.

Upon finally becoming wed, a female no longer remains the property of her father, becoming transferable to her husband

Young Asian women are increasingly finding partners and marrying of their own choice, as forced marriages are slowly but surely becoming extinct. Yet they too remain firmly planted within a culture that forbids women from living their lives freely.

Upon finally becoming wed, a woman no longer remains the property of her father, becoming transferable to her husband, where she will then mother future generations of women, who continue to replicate this cycle. Many of those young, educated British Asian women who think they have achieved the higher calling and a type of freedom when finding partners, may find they’ve been duped into becoming the next set of ‘mothers’ for their privileged husbands.

I myself was in the process of having an arranged marriage at just 17-years-old, but I had the urge to break this sanctity before it had even begun. I fear by now my life would have been greatly restricted. I may have had children, who I would have a responsibility to, and a husband to ‘look after’, responsibilities that would severely restrict my mobility. I also may not have been able to pursue a career with the freedom I have now. Sadly, many parents do not allow for such expression, but I was the lucky one that got away, after some very difficult negotiations.

Am I so lucky? Taking control of my own destiny, so to speak, is probably not seen as the most courageous thing anyone in the world has ever achieved. Indeed, those who speak out against these hidden limitations by disagreeing with freedom restriction, for example, are mostly told to shut up and put up. And as a result, many of us come across as the ‘poor oppressed brown girl’. This backlash from other communities achieves the opposite of what many women of colour are collectively trying to achieve: liberation. Because so many women remain ‘courteous’ and silent, when we try and go against the grain, we are not only pushed back, but ridiculed. We are told we are too bossy, or too talkative. All the while, men continue to look for the modest, pious, quiet woman, who gets on with her housework with minimal complaint.

Conversely, a lot of brown women who harbour cultural and religious beliefs can feel somewhat alienated by the ‘western’ culture of ‘sexual liberation’ they see around them The female objectification promoted by Hugh Hefner through his false ‘sexual liberation’ for women has turned this into a game of bearing flesh and being labelled a ‘slut’ (regardless of her sexual behaviour), or being the frigid woman who covers up for all but the male who ‘owns’ her. This Madonna-whore dichotomy places women into one of two stereotypes. It forces those women who choose to refrain from western ideals to aspire to modest, pious and well-behaved housewives that the Madonna archetype encourages.

As many cis women can become pregnant and have children, they are treated as commodities to be bought and sold like farm animals

Many young Asian women have, in the eyes of the community, become ‘ruined’ because their marriages have not worked out and they have divorced. This brings an unnecessary shame to the family, which results in it being seen as better to stay in an abusive and loveless marriage than to tackle the thorny issue of separation. This goes on even today, amongst our younger generations, along with the notion that an unmarried woman approaching her late-twenties is a burden on her family and the community, and that no man would want to marry her.

A number of my girlfriends, female relatives and I receive lectures about our aging bodies daily. How can we give birth and raise young children if we become too old? Men, however, may put off joining the institution of holy matrimony for as long as they like. A man is never restricted from staying out all night, or having sexual partners, or traveling away from home, possibly because he cannot become pregnant, and can also become a father no matter what age he is.

Recently, a friend of mine has returned from London, where she relocated to live with her new husband and his family. After two years of being unable to conceive, she has been forced to return to her parent’s home. As many cis women can become pregnant and have children, they are treated as commodities to be bought and sold like farm animals. If they are not ‘fit for purpose’ in this way, they are discarded like chewed gum.

This is the mentality we young Asian women are facing every day, as we come from educated western backgrounds, which tell us that knowledge is power. Yet, we become stuck when we have to navigate the minefield that is separating freedom from tradition, and culture from religion. And although many of us dream of the types of freedom complete liberation through feminism may offer us, most of us just live our lives by measure of how much we can get away with. It is now seen as something of an achievement for a woman in some communities to have a successful career, for example. Yet, in the end, she must get married.

We are raised in a world that wants us to breed, and as such we are property and not human beings in our own right. We must nurture our husbands as well as our children, clean our homes and be a servant only to God above our own duties. I for one, no longer want to live like this. My freedom is not only defined by my sexual promiscuity, or my departure from home in pursuit of a rewarding career, or my decision to not have children and not become tied into the unfair union that is marriage. My freedom is my right, simply that.

The image at the top of the page is an extreme close-up of a brown skinned woman’s brown eyes, which are looking away from the camera. The picture is a black and white shot and was taken by Abishek Balasubramanian and shared under a Creative Commons licence.