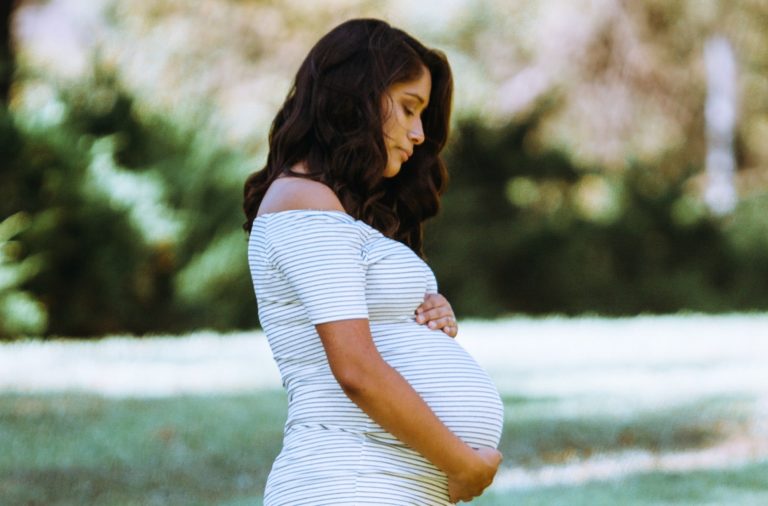 Pregnancy should be about birth, not body hair

“I’m thinking about getting waxed beforehand — how about you?”

My friend was talking about pubic hair, but she wasn’t thinking about de-fuzzing in preparation for a holiday. She was considering whether to wax her pubic hair just before she was due to give birth a few months later.

As the weeks of my own pregnancy ticked by, I had constantly worried about the labour and mine and my baby’s health, but concerns about the state of my own hair had never entered my mind.

A woman’s choice to have or remove her pubic hair is entirely hers, but becomes political and potentially problematic when removal is done to appease others. In this case, my friend didn’t want to appear ‘unkempt’.

For some time now, there has been an expectation that Western women, particularly younger women, should remove their pubic hair in order to be seen as sexually desirable.

Of course, types of mainstream pornography have a lot to answer for, with unnaturally hairless stars teaching a generation of men to expect minimum hair on their real-life partners, heaping pressure on said sexual partners to conform to these ideals.

Some cultures also have particular beliefs and practices where it comes to body hair that enforce certain codes of conduct. Writing for Vice, Busra Erkara describes her experiences growing up in Turkey, where women waxing their body hair is deeply entrenched within tradition. This throws Western society’s obsession with Brazilians and Hollywoods into sharp relief.

While the preoccupation with waxing for bedroom purposes is now fairly commonplace in the West, the fact that this has spilled over into the delivery suite is pretty depressing.

How has it got to the stage where some women feel they have to be immaculately groomed at a time when getting a razor anywhere near your vulva requires some serious bodily contortions?

Female body hair has become something that some people view as unnatural, ugly or disgusting. We feel obliged to be perfectly groomed when our bits are given a new ‘audience’ (in this case the midwives and doctors) to avoid evoking these feelings in others.

An extreme example of this is the case of Swedish model and artist Arvida Byström. Byström appeared in the recent Adidas Superstar campaign with visibly hairy legs and was met with a barrage of negative comments, including rape threats.

Model Amber Rose posted a semi-nude photo of herself on social media earlier this year to promote The Amber Rose Slutwalk, a festival dedicated to addressing and raising awareness of slut shaming, sexual violence, victim blaming, and more.

The image was censored by Instagram, as well as the various media outlets which reported on the ‘Rose bush’ story. This included The Sun, which, in a spectacular display of double standards considering its dogged defence of page three, pixelated Rose’s groin. However, it wasn’t just The Sun which chose to edit Rose’s picture. Even publications aimed specifically at women, like Cosmpolitan and Elle, didn’t feature the uncensored picture, despite writing glowing editorials about it.

The mainstream media’s reluctance to carry the uncensored image helps to reinforce the message that pubic hair is not just unsightly, it’s affronting to the point where people may feel entitled to threaten or harass others.

But with Rose’s rallying cry and other celebrities opening up about their personal grooming regimes, perhaps the tide is turning.

One can only hope this filters down to the delivery room, a place where birthing women often feel as if they have little or no ownership over their own bodies.

Pregnant women are put under enormous amounts of pressure to achieve the ‘perfect birth’ and often find themselves judged on everything from their choice of painkillers to method of delivery. Not to mention the huge amount of self-inflicted pressure to produce a healthy baby.

None of this pressure supports a woman’s health, happiness, or enhances her birthing ability. It attacks her sense of self and worth, telling her which is the ‘correct’ way to bring a child into the world. And worrying whether her pubic hair is unkempt can only add to this stress.

Image is of a visibly pregnant woman holding her belly while standing in a park. She wears a pale blue and white striped dress and has thick brown hair.