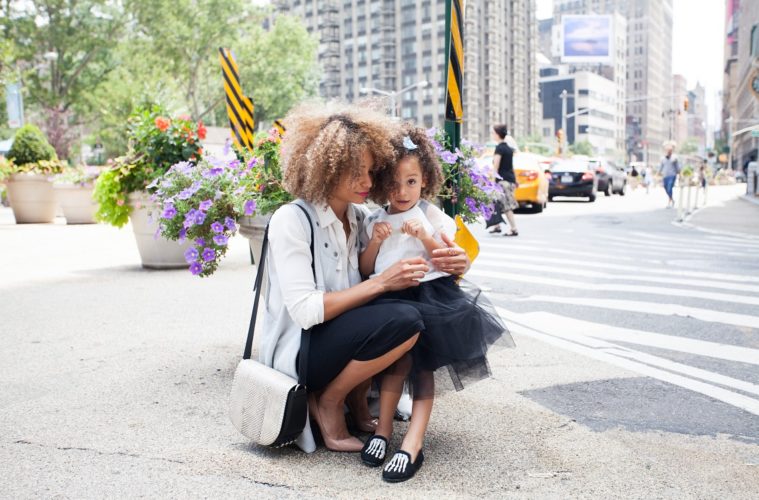 Stop telling me my post-baby body is ‘brave’

Women don’t need to be told that we’re brave for existing in our bodies after giving birth, writes Laura Cooke

The answer is that within the last three months they have all shown off/flaunted their incredible/sensational post-baby bodies. At least, that is, according to the Daily Mail.

But in amongst the seemingly endless celebrity baby-body stories on the Mail website, there is a feature about six women who talk candidly about their postpartum bodies, from stretch marks to saggy boobs. The headline reads: ‘What pregnancy did to our bodies: Six brave mothers reveal the toll having a baby has taken on their figures’.

I take issue with one word in particular in that headline — brave.

The use of the word brave in this context is so patronising it may as well be accompanied by a pat on the head.

I’m a stone and a half heavier than I was pre-pregnancy; I can’t pull my old jeans up much past my knees. Bits of me wobble that never used to wobble before. I am not brave. I have only done what hundreds of thousands of other women around the world do on a daily basis. I have had a baby.

And it’s not just the Daily Mail telling me what a brave little soldier I am. The mums recently featured in The Sun have been branded brave because they have dared to show their postpartum stomachs in a national publication. Meanwhile, The Metro had a good stab at a positive article about postpartum bodies, until the ‘b word’ rears its head a few paragraphs down and spoils things.

In comparison, none of the women mentioned in the list above are branded brave. The Mail enthuses over them, calling them sensational, a vision of beauty, ravishing, sizzling and so on. While this language sexualises and objectifies the celebrity mums, it’s a sharp contrast to us mere mortals being told that we are brave; our postpartum bodies are ‘nothing to be ashamed of’. It feels like participating in a school sports day and receiving a certificate for taking part.

Rather than empowering mothers by reassuring us that we are all normal, all these ‘positive’ postpartum articles do is provide yet another opportunity for people to pass judgement on women’s bodies. Having a body is something that really isn’t newsworthy. Or, at least in a perfect world, it shouldn’t be.

These two types of articles invite unfair comparisons. You cannot compare most women with someone like Serena Williams, one of the finest athletes of her generation. Most of us mums have never had the body of a grand slam winner pre-pregnancy, so we’re hardly likely to have one postpartum.

Comparisons like this create ideas of ‘right’ and ‘wrong’ post-baby bodies: the former of which some women might not ever have, for no reason of their own failing. Why should they be made to feel bad or guilty about it?

Right from the off, The Sun invites the reader to compare its group of mothers to one new celebrity mum with the headline: ‘We speak to four brave mums who proudly show off their post-baby tum just like Cheryl’. What follows is an image of a postpartum Cheryl, followed by a series of pictures of the ‘normal’ mums in the same outfit, recreating the same pose. It is impossible not to compare the two, which begs the question: what was the real point of this article if not to judge the women featured?

After giving birth, it can be difficult to get your head around what has happened to your body. Not only the obvious physical changes, but it can also feel like your body doesn’t belong to you anymore because your baby calls the shots. For nine months your body has been devoted to keeping your baby alive. Once they enter the world, your body is left with physical reminders of what happened that, in most cases, stay with you for the rest of your life. And if you are able to breastfeed, your relationship with your breasts changes because they suddenly serve a new purpose.

When a mother is possibly at a low ebb following the birth of her child, celebrity baby-body articles are great at feeding insecurities and have the potential to be particularly harmful if she is suffering from a mental health illness, such as postnatal depression.

But a ‘positive’ postpartum story, peppered with condescending language, can also be harmful as it implies that the average woman’s post-birth body is something out of the ordinary which needs highlighting and is worthy of comment. It isn’t. It’s just a body.

All women who have given birth — vaginally or by c-section — have done an amazing thing which will have affected their bodies to various degrees.

We do not need to be told we are brave for bearing the physical effects of childbirth and existing within those bodies afterwards.

Image is of a mother and daughter on a city street. The mother crouches down to her child’s height and has her arms around her in a loose embrace. The child looks at the camera. Mother and daughter are both wearing smart white shirts and black skirts.