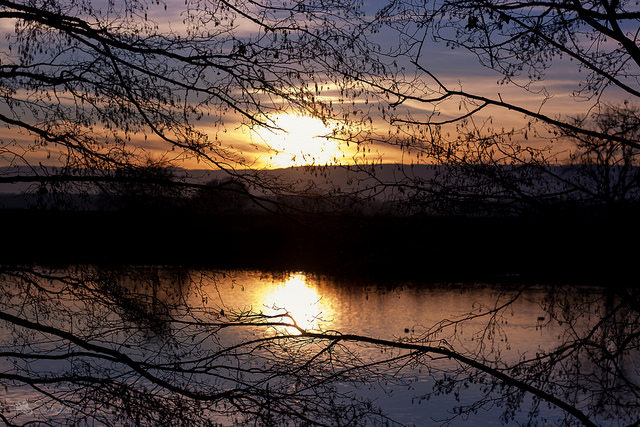 Happy New Year to all F-Word readers. The weekly round-up has been on hiatus over Christmas but it’s back now with (what we see as) the most interesting and important articles from the previous couple of weeks. We’d love to hear your thoughts on any of the issues covered in our chosen links.

#WokeCharlotte: the meme clapping back at dated Sex and the City moments (Dazed)

Who Gets to Identify as ‘Femme’? (Vice)
From the article: “While not everyone in queer circles believes “femme” should be a term used exclusively by queer people, to some, using it outside queer contexts feels like an erasure of contributions femmes have made to queer liberation movements. “To use the term without resonating with that longer history could be seen as […] potentially doing a disservice to queer identified people,” said Gomez-Barris. Others contend that when the term is used by straight people, they contribute to femme invisibility—the idea that femme queer women are often mistaken as straight by society, thus perpetuating an erasure of their identities.”

From the article: “The settlements and the many episodes of harassment the women described depict a top-down ethos of male entitlement at Vice, where women said they felt like just another party favor at an organization where partying often was an extension of the job.”

From the article: “‘You know you can’t afford to be a misogynist in the music business,’ said Gallagher. ‘I mean, I write songs about the glory of women all the time, you know what I mean? I’ve gotten my career out of that. I love being around women, and not to objectify them, they’re funnier than most men half the time … I’ve never understood misogyny.’”

In response to this article, the music writer Lucy O’Brien, tweeted “What about those festival bills then?” (https://twitter.com/LucyOBrienTweet/status/945616460801560576) a comment which relates, amongst other things, to a report the BBC did in June 2017 revealing the lack of female festival headliners: http://www.bbc.co.uk/news/uk-england-40273193.

From the article: “The decision also came after an open letter written by two New Zealanders argued the concert would show support for Israel’s occupation of Palestine.

‘I have had a lot of discussions with people holding many views, and I think the right decision at this time is to cancel the show,’ Lorde wrote at the time. ‘I’m not too proud to admit I didn’t make the right call on this one.’

The ad says Lorde’s decision showed how a ‘growing prejudice against the Jewish state’ in New Zealand was ‘trickling down to its youth’.

It cites New Zealand’s choice in December to vote, along with 127 countries, in favour of a UN resolution calling for the US to withdraw its decision to recognise Jerusalem as the capital of Israel.”

Music has ‘gotten very girly’ says Bono from U2 (The Guardian)

From the article: “Bono cited streaming as a factor in the supposed feminisation of music. ‘Right now, streaming is on the ad-based model,’ he told Rolling Stone. ‘And that is very, very young, and it’s very, very pop. It’s dominated by frequency of plays, but that is not actually a measure of the weight of an artist … If you are a teenager and you are listening to whatever the pop act is, you’re probably listening to them 100 times a day. It’s a teenage crush, but in a year’s time you won’t care about that.'”

The Year of Hurricane Harvey (The Economist)

From the article: “The signs are that the #MeToo movement has reached a delicate stage. The buffeting of the past few months has certainly been cathartic. It has also brought abusers in a bewildering range of industries kicking and screaming into the open. But the novelty of seeing famous men brought down will soon fade. Before that happens, both men and women need to come to a shared understanding of what sexual harassment is and what to do about it. If too many of them conclude that complaints are being exaggerated or exploited, they will not stop in to stop backsliders. Minor transgressions will be allowed to carry on. That will make it more likely that rape and sexual assault will go unpunished too.”

From the article: “Erica Garner became an activist and writer, including for the Guardian. In July 2016, she met privately with Barack Obama, after protesting during a town hall event on race. She also campaigned on behalf of Sanders in his bid for the Democratic presidential nomination. In his statement, Sanders said: ‘Erica Garner was an exceptional young woman. She was a loving daughter, sister, mother, friend.’ He added: ‘I had the honor of getting to know Erica and I was inspired by the commitment she made working towards a more just world for her children and future generations. She was a fighter for justice and will not be forgotten.'”

My vagina was badly injured after giving birth. Why was getting help so hard? (Christen Clifford, Guardian)

From the article: “Black women have been the driving force behind social justice movements for many decades—centuries even. But the reach of social media sites such as Facebook and Twitter has afforded us a much larger platform than we’ve ever had access to in the mainstream media. As a grossly underrepresented demographic, many of us rely on social media to bring awareness to our experiences, causes, talents, and businesses.”

The real story behind the “drunk women” headlines (Zoë Beaty, The Pool)

From the article: “Such comments do not constitute a rejection of the Yiannopoulos agenda. Rather, they’re efforts by a professional editor trying to make that agenda more palatable for the book’s perceived readership.”

Some mental health services are telling patients: ‘If you really wanted to kill yourself, you would have done it’ (Jay Watts, Independent)

From the article: “I am writing this article in awareness that most mental health services do a fantastic job, and with the wish that people continue to seek help. I cannot emphasise enough how many people I have met who have made multiple attempts on their life, often over many decades, and come to thrive.”

“But I write too with a desperate request that we not only fund crisis services better, that we not only skill mental health staff to be able to contain suicidal despair, but that we change attitudes around suicide within psychiatric services which block people from care. It is inexcusable that mental health services make people feel like a burden for continuing to struggle, that we take away from them the possibility of help and therefore hope.”

Dear journalists, as an A&E consultant I am writing to ask for your help (Rob Galloway, Facebook)

From the article: “The case has raised complex questions over the prominent role of minors in Palestinian activism, not least in violent confrontations with Israeli security forces. Concerns have also been raised over the treatment of minors in the Israeli military court system, and how the media – both local and international – interpret such images from the conflict.”

Blue passports could send UK citizens to back of queue, EU officials say (The Guardian)

From the article: “David Lammy, the MP for Tottenham, said Brexit was ‘turning us into a laughing stock’. ‘We’re swapping the right to live and work in 27 countries for new passports,’ he said. ‘But don’t worry, when we’re all stood in the airport for four hours we can stand in the queue and look at just how blue they are.'”

Bono Is Sad Men Have No Outlet For Their Anger Now That They Let Women Make Music (Rebecca Fishbein, The Muse, Jezebel)

From the article: “In a sense, Time’s Up is being launched as a companion to the #MeToo movement that grew out of the spontaneous response to revelations about Hollywood’s ‘casting-couch’ system of sexual predation and enduring gender-pay disparities.

While attention has largely focused on show business and the media, Time’s Up seeks to include the plight of working-class women.

The organization arose from informal gatherings of female talent agents in Los Angeles who starting meeting after the issue of sexual harassment landed like a bombshell on the entertainment industry in October. The group rapidly expanded and now includes meetings and workshops for participants in New York and London.”

The image is used under a creative commons license with thanks to Sandrine on Flickr. It shows a lake surrounded by trees at sunset; the low hanging sun is reflected in the water.