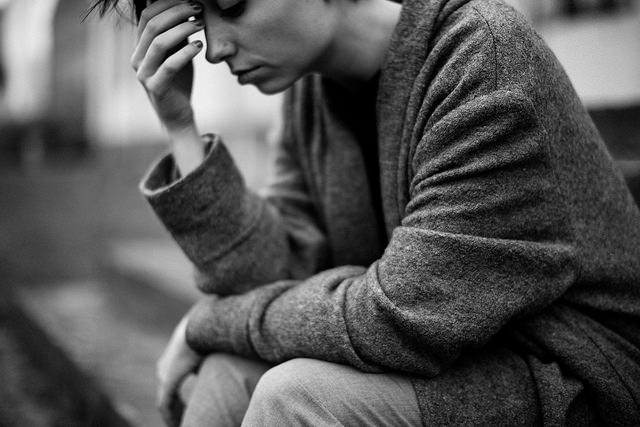 We need a domestic violence offenders’ register. Theodore Johnson is proof (The Guardian)

From the article: “A register would add a “right to know” to the current “right to ask”. Like convicted sex offenders, men convicted of domestic violence would have to inform the police of their current address, making it much harder for them to drop off the radar. Crucially, they would also have to tell the police if they have formed new relationships. Officers would then have a duty to warn the women concerned about the offenders’ criminal records.”

From the article: “Hopkins will be writing a weekly column for the website under the banner of her new HopkinsWorld website. The Rebel Media says Hopkins will also be writing investigative reports and producing video content for the company. She’s on a roster of contributors for the website which include former English Defence League leader Tommy Robinson.”

This man says he was sexually abused by Jann Wenner. Then he got an amazing job offer at Rolling Stone (Buzzfeed)

From the article: “Wells said his wife believes he was so traumatized by his experience with Wenner and working at Rolling Stone that he never fulfilled the career he could have had. ‘I could have become an agent, an editor,’ he said. ‘I turned my back, though. I didn’t want to see any of those people.’

‘He was a much more confident person when he was working there,’ Wells’ wife Jane said of her husband. ‘He was pretty confident and happy and it was all cool and fun when I started dating him [in 1985]. Immediately when he got fired and sued things got very heavy for him.’

Wells shared his experience with a few people at the time he felt wouldn’t judge him or make assumptions about him. He didn’t want people in the book publishing world to find out and think his encounter with Wenner was the reason he was hired to work at Rolling Stone.

Three longtime friends, his sister Alice, and his lawyer from the time all told BuzzFeed News that Wells discussed the events with them around the time they happened — from the night at Wenner’s apartment to when he was fired. He later told his wife Jane about them before they married in 1986.”

From the article: “To work in media is to accept that every job, work function or networking event will be peppered with some supremely shitty men, their offenses all different and of varying degrees but all centered on one central fact: They deeply disrespect — and probably even hate — their female colleagues. To make matters worse, many of these men publicly brand themselves as male feminists, and most dangerously, serve as true gatekeepers for the women who work for them, able to either help make their careers or steal their ideas to make their own.”

From the article: “Full-time and freelance staff in the UK and other markets are also now required to take part in sexual harassment training which is run by third-party providers. The ramping up of its HR capabilities comes amid Vice Media launching a probe into sexual harassment and improper workplace conduct, after revelations in the US. It has suspended two senior executives – president Andrew Creighton and chief digital officer Mike Germano – following a New York Times report detailing sexual harassment allegations against them.”

From the article: “What’s striking here is not Solanas’s revolutionary extremism per se, but the flippancy with which she justifies it. Life under male supremacy isn’t oppressive, exploitative, or unjust: it’s just fucking boring.”

Women Are Being Left To “Bleed Out” When They Have Their Periods In Police Cells, A Watchdog Says (Hazel Shearing, Buzzfeed News)

From the article: “BuzzFeed News can reveal the ICVA has today written an open letter to the Home Office, calling for it to conduct a review of the situation and introduce minimum standards of sanitary provision for women in police custody, after shocking reports from unannounced visits. The situation violates “basic human rights” and could be in breach of the Human Rights Act, according to lawyers working with the group who spoke to BuzzFeed News.”

From the article: “Over 11 seasons, The Big Bang Theory has repeatedly reinforced the idea of #YesAllMen. The main men of the show are albeit unusual to mainstream television as they are all dorky, well-educated and lack social skills and conventional male beauty standards, such as being physically fit or above a certain height. But these “lovable nerds” still somehow aggressively objectify women. That objectification is the crux of the jokes on the show. Nerds can sexualize women to the same extent as jocks.”

“While the guidance offers details of the remit of IPSO, which most newspaper have signed up to, the only details it discloses about Impress, the state-approved press regulator, is its address and a link to its website.

Times writer David Brown wrote on Twitter: ‘When we were reporting the awful disaster at Grenfell Tower the survivors and families of missing were desperate to speak with journalists. Many were highly critical of the authorities who are now seem to be advising them not to speak to the media.'”

The image is used under a creative commons license with thanks to Eugene on Flickr. It is a black and white photograph of a person with short hair wearing a jacket and jeans. They are sitting with their face turned away from the camera and one hand brought up to their temple as if easing a headache or thinking. Their facial expression appears sombre.