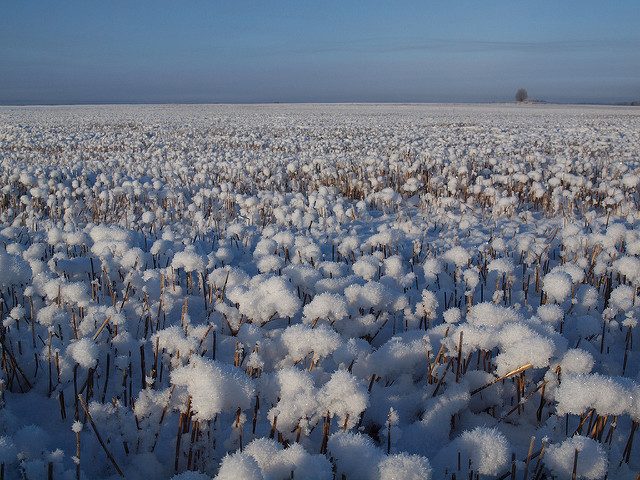 It’s time for another weekly round-up where we share (what we see as) the most interesting and important articles from the previous seven days. Apologies that this is going up slightly late so it’s more of a ‘mid-week’ round-up! We’d love to hear your thoughts on any of the issues covered in the articles we’ve picked.

What the Men Didn’t Say (The Atlantic)

From the article: “At the 75th Golden Globe Awards, not one male award winner used their platform to mention the biggest story of the night.”

Romance is not universal, nor is it necessary (Wear Your Voice Mag)

From the article: “This belief that romantic relationships hold the highest social significance of all relationships, coupled with the pressure to get married—and the pressure to want to get married—allows for men to critique women who fall outside of their respectability politics. They attempt to scare us with threats of “no man will marry you” in efforts to police our emotionality, appearance, and sexual expression.”

Catherine Deneuve, let me explain why #metoo is nothing like a witch-hunt (The Guardian)

From the article: “Should it really have to be stated that – unlike the perpetrators exposed by #metoo – society’s ‘witches’ are never the powerful men with the property, status and advantages of a social order that protects, hides and excuses their crimes?”

I went on a date with Aziz Ansari. It turned into the worst night of my life (Babe.net)

From the article: “But Aziz Ansari isn’t an 18-year-old. He’s a 34-year-old actor and comedian of global renown who’s probably done more thinking about the nuances of dating and sex in the digital age than practically anyone else. He wrote a book about it, “Modern Romance”, and it was a New York Times bestseller. Ansari built his career on being cute and nice and parsing the signals women send to men and the male emotions that result and turning them into award-winning, Madison Square Garden-filling comedy.”

Can the Concept of Foreplay Just Die in a Fucking Fire? (Coffee and Kink)

From the article: “Let’s break this down. ‘Foreplay’ implies that it comes before something – namely, of course, penis-in-vagina (hereafter PIV) sex. And this is problematic on a number of levels.”

“First of all it’s heteronormative as fuck. Not everyone is straight and cisgender. Not every sexual pairing consists of one penis and one vagina. The implication here is that only heterosexual, cisgender people have Real Sex (TM) and everything else is ‘merely’ foreplay.”

“Secondly, and this may come as a shock – not all straight, cisgender people like PIV sex! Even pairings of one penis-owner with one vagina-owner does not necessarily imply that PIV will be their favourite sexual activity or even part of their sexual repertoire at all.”

Jokes About Being Trans — By Actual Trans People (Katelyn Burns, Them)

From the article: “Look, some of my best friends are cis, but their trans jokes just aren’t funny. They’re at least 60 years old and play off the same tired tropes over and over and over again. From Ace Ventura to Naked Gun 33 ⅓ to NCIS to How I Met Your Mother, to Dave Chappelle, the joke isn’t new. So in the spirit of good comedy, I created the #translol hashtag to give my fellow trans people a chance to tell the trans jokes for a change. You know, the only jokes about us that are actually funny…”

From the article: “Ms Williams, a governor of a nearby children’s centre, started the Magpie Project after noticing so few of the mums in temporary accommodation locally were accessing their services. They weren’t able to engage with the children’s centre because their most basic needs weren’t being met, Ms Williams says. Among these needs, she says, are ‘having somewhere to cook, being able to keep themselves and their children clean, feeling safe, and also just having the information or being mentally and emotionally well enough to be able to get through the door at this children’s centre’.

The Lefty Critique of #TimesUp Is Tired and Self-Defeating (Rinku Sen, The Nation)

From the article: “#TimesUp is grounded in a progressive movement where racial justice, feminism, and workers’ rights meet. For years, organizations have worked to change the national narrative around work, violence, immigration, policing, and many other issues. Understanding that policy and politics were inadequate to the transformational task at hand, they added cultural change to their toolkit. Through praxis, they’ve developed a theory of how to create cultural flash points and forged strong relationships with artists. The National Domestic Workers Alliance, for example, has been doing Golden Globes watch parties for several years and has made a big investment in giving women entertainers like Amy Poehler a chance to support domestic workers. The Restaurant Opportunities Centers United has connected with foodies and celebrity chefs. Tarana Burke, who created the #MeToo hashtag a decade ago, took advantage of the current moment, to historic effect.”

From the article: “In Milton Keynes I saw a girl in tears at the end of the shift because she hadn’t made enough in tips to pay her three per cent and the manager was making her walk to the cash point to withdraw money to pay it.”
[Aqua has restaurants in six UK locations.]

Twitter thread: “Something I wish more people would realise is how alienating it is to be poor/broke when you have financially stable/comfortable friends” (Moist Towelette, @MamaGhoulette)

From the article: “I definitely feel that there is a desexualisation of disabled people. When I was still dating, I could see the moment in my date’s eyes when I explained my condition and suddenly stopped being an interesting potential prospect. I think disabled people are not just taboo when it comes to sex, but also dating, relationships and life in general. My wife is often told that she is a saint for marrying me or that she must be such a good person – as if I am a terrible burden and not the woman she loves. Businesses, the media and politicians need to start seeing disabled people for what we are: useful members of society who have something to bring to others.”

From the article: “I can’t tell you how many times I’ve simply had sex because it was safer than pushing the person away and saying no, or I was too tired to keep saying no, or I felt like I owed them for being kind, or I thought I was supposed to always say yes because we were in a relationship. You simultaneously teach us to trust men and distrust men all together and expect us to be able to survive when you teach cis men that non-men aren’t their equals, that we aren’t really even human.”

Cheating and manipulation: Confessions of a gaslighter (BBC News)

From the article: “From my experience it’s not true that it is vulnerable or insecure women who are susceptible to gaslighting. These were successful women but that came with a perception of what they thought a ‘successful’ relationship should look like and they shared that. They gave me a blueprint to what they were looking for in a man.”

From the article: “The language of “a bad hookup” fails to capture the unequal power dynamics and the deep sense of disorientation and betrayal that comes when someone treats you as a hole rather than a person. Nor does it adequately measure the weight of centuries of misogyny that have shaped our most intimate moments.”

The image is used under a creative commons license with thanks to Anita on Flickr. It is a photograph of a ‘winter landscape’ and shows a field covered in softly fallen snow.