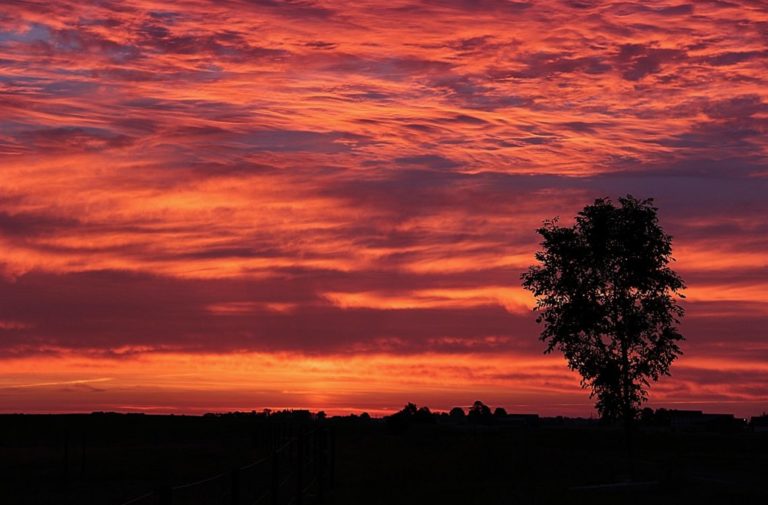 It’s time for another weekly round-up where we share (what we see as) the most interesting and important articles from the pas week. Today’s round-up is actually more of a ‘fortnightly’ round-up as last week’s wasn’t posted due to technical difficulties! Apologies to anyone who missed it last Monday.

How protests can affect elections – Fighting the power (The Economist)

From the article: “Ms Chenoweth’s most conservative estimate of participants in the 2017 Women’s Marches (the biggest such rally that year) is five times Mr Veuger’s midpoint estimate of participants in the Tea Party rallies of 2009. If a similar relationship applied nationwide to Democratic Party vote share in the mid-terms after the women’s marches as to the Republican mid-term vote share after the Tea Party rally it would imply a Democratic landslide. The impact is unlikely to be so dramatic, however. The Washington, DC metropolitan area and Los Angeles (home to the largest such march in 2018) are Democratic Party redoubts where improved margins might not translate into more seats. The Tea Party, moreover, promoted small government nativism that easily translated into support for particular primary and general election candidates. The Women’s March and #MeToo are less straightforwardly ideological.”

From the article: “Among submissions from individual BBC women was one from an experienced national radio broadcaster who said that when being offered a contract to present a “flagship arts programme” she found out that she would be paid half the salary of the existing male presenter. She said: ‘When I asked for pay gap to be corrected the line manager told me “the BBC doesn’t do equal pay”, and that in raising the issue I was being “aggressive”. I refused to back down and eventually was given the same rate as my male colleague and it was backdated.’ The group also said that while individual BBC managers have been ‘supportive’ there remained a ‘bunker mentality in some quarters’ and that women have experienced ‘veiled threats made against them when they raised the subject of equal pay’.”

Flight Or Fight: Michaela Coel On Why We Need To Talk About Race (Vogue)

From the article: “But perhaps he’ll grow up in a different bubble – one in which inherited privilege isn’t to be safeguarded against perceived external threats, but exposed as a randomly dealt card that only exists by disempowering and holding back the opportunities and growth of others.”

Why We Applaud Woody Allen’s Misogyny (The Cut)

From the article: “The AFI tribute to Diane Keaton was covered by five or six industry publications, but none of them commented on Allen’s use of the word fellatrix in his speech. In general, most of them characterized it as a comedy routine or a roast that ended in a loving tribute. Which isn’t at all what it’s actually like. What you miss on the page are the mannerisms, the fake pauses and stammers, the gestures (Allen bringing his hand to his face, fingering his lip, playing with his ring) that made it seem like he was nervous or considering what to say, creating a patina of spontaneity…The speech relies heavily on a combination of aposiopesis (breaking off from speech and not finish a thought), paralepsis (drawing attention to something by seeming to ignore it), and a kind of non sequitur (sometimes called anacoluthon), where you purposely start a thought in a way that creates a false expectation as to how it will finish, then change direction.”

From the article: “It has always struck me as ironic that trans women and lesbians of colour lead the landmark moment in gay history, given that now, whenever LGBT history is discussed it tends to focus on histories of white gay men. Lesbians have reason to be aggrieved at the erasure of their history. Last year, in media coverage of the 50th anniversary of partial decriminalisation, we heard that “lesbians were never criminalised”, with no discussion of the tortures gay women were forced to endure in psychiatric institutions, inescapable marriages (including “corrective” rape) and at the hands the state – which would use removal of their children to punish them. In a patriarchal society, where women’s bodies are already subject to men, there’s no need for a statute.”

Giving up the food of my family: life as a vegan in diaspora (Erica Em, Media Diversified)

On “Swipe Culture” And Dating While Fat (Jen Kettle, Bust)

50 Ways People Expect Constant Emotional Labor from Women and Femmes (Suzannah Weiss, The Body is not an Apology [originally published at Everyday Feminism])

From the article: “These are just fifty of the countless ways we’re expected to exert emotional energy on a regular basis. And when that much is demanded of you, it’s impossible for it not to compromise other areas of your life.”

Why We Must Protect Sex Workers At All Costs During The #MeToo Era (Neesha Powell, The Establishment)

From the article: “Sex workers use their bodies to make money like any other worker but aren’t afforded the same rights and protections. I believe the first step to ending sexual violence against sex workers is acknowledging their labor as valuable.”

In Haringey the people have taken over, not the hard left (Aditya Chakrabortty, The Guardian)

From the article: “Most of the responses have been horrible and disappointing, but I’ve learnt to not take them so personally. Men are socialised to see women as vaginas that think, sometimes. Because of this, women’s bodies are picked apart as if we only exist to satisfy.”

This Is Why Uma Thurman Is Angry (The New York Times)

From the article: “I waited a long time to have sex. When I was finally ready, I struggled with crippling bouts of guilt and shame, even though I was in a long-term, monogamous, loving relationship. But the fact that I felt the need to qualify this just now, is the exact problem. This pervasive culture of blame that I, too, find myself falling into complicates our relationships to our own bodies and, if we aren’t careful, can lead to something altogether more dangerous: shame.”

From the article: “Genuinely, one of the things I value about being British is our interest in history. Look at how many people visit National Trust properties on the weekend! And yet, what we teach our children is propaganda – it’s an incredibly selective and biased version of the facts. And for me, I think that really jars with what we profess to be as a nation. I think it’s really important that we accept we’re not really being honest with our young people. It’s not about – and this is something people sometimes accuse me of doing – indoctrinating people to think Britain is this terrible place. It’s about equipping people to understand that this is a country that has been infinitely interconnected with Africa and Asia for hundreds of years.”

When you’re a working-class woman from the North and you go to university in London, nowhere feels like home any more (Independent)

‘Lady Bird’ Was Influenced by ‘Real Women Have Curves’ and No One Outside the Latinx Community Is Acknowledging It (Yolanda Machado, Marie Claire) [Via Tanez Ahmed]

A Gentler Kind of Veganism: Don’t Sacrifice Yourself (gal-dem)

From article: “I think being vegan can be a wonderful and positive action to take. But it’s important to remember that it is still an arbitrary line to draw. And to take that line and declare one side of it ‘ethical’ and the other ‘unethical’ creates an unnecessary and flawed binary. To me, being vegan is about being kind and thinking about others’ welfare as well as my own. Those others are not just animals, but other humans. And, as with any act of kindness, I believe you need to look after yourself first. It’s not something I always manage to do, but when I do, it has made any positive action I’ve taken far more sustainable and fulfilling.”

Men Only: Inside the charity fundraiser where hostesses are put on show (Financial Times)

From the article: “But, trust in media on the whole is at 32 per cent and a third of the population admit to consuming less news than they used to, with one in five saying they avoid the news completely, the study said. ‘Those most likely to be news rejecters are highly educated professionals, over the age of 40, with children, and living in London. They come from across the political spectrum and are evenly split male/female,’ it said. The three most common reasons for rejecting the news were that it is ‘too depressing’ (40 per cent), ‘too biased’ (33 per cent), and ‘controlled by “hidden agendas”‘ (27 per cent). The study found for the first time that the proportion of the UK population who describe themselves as ‘informed’ – those people who read business and political news ‘several times a week or more’ – has dropped to 6 per cent. It has never before fallen lower than 11 per cent.”

It’s Not (All) the Second Wave’s Fault (Sady Doyle, Elle)

From the article: “By asking young women to devour their predecessors in order to feel empowered and unique, we’ve created a culture where feminist narratives are rolled up behind us like a carpet, rendered invisible the moment we’re able to build on them. This has left many older women wounded, believing (not unjustly) that they’re being blamed for not understanding the ideas they originally contributed to the conversation. But it also does no great service to young women—the ones at work now or the ones who will come after us—who can only feel that they constantly have to reinvent the wheel.”

I thought I was one of the good guys. Then I read the Aziz Ansari story (Vox)

When Men Won’t Actually Give up Their Time (Imran Siddiquee, Bitch Media)

The image is used under a creative commons license with thanks to Susanne Nilsson on Flickr. It is a photograph of a sunset over what appears to be a field or farmland. Trees way off in the distance, are silhouetted against a pink, purple and blue sky.