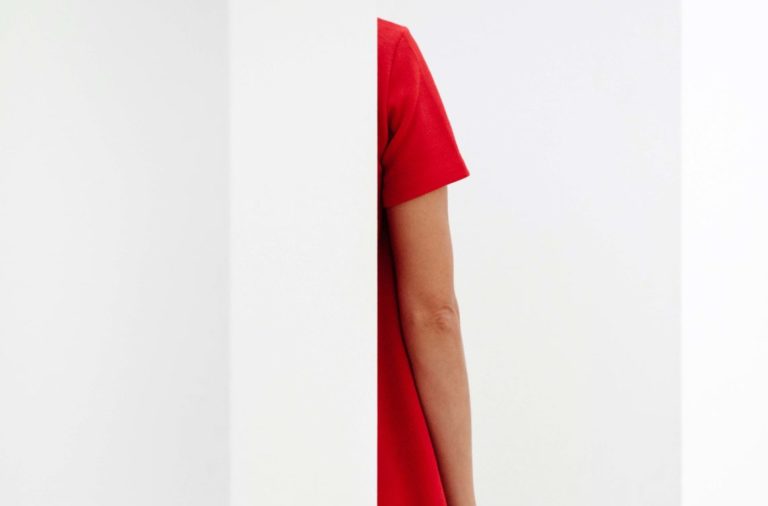 The ‘time of the month’ can promise a week of nausea, cramps, bloating and emotional parkour. Snuggled under blankets with chocolates on hand, this can be the extent of some women’s monthly pain. However, the reality is much harsher for others. In many parts of the world, periods are thought to symbolise impurity and dirtiness. The stigmatisation of the menstrual cycle is prevalent in many communities, resulting in avoidance of discussing the topic of menstruation – and therefore avoiding dealing with sanitary needs.

Pliny, a Roman naturalist and philosopher, wrote in Natural History that the touch of a menstruating woman, amongst other horrors, can turn wine to vinegar, blight crops, rust iron and kill bees. Unfortunately, over 2000 years later, these dangerous misconceptions are still, in some instances, supported.

In WaterAid’s Menstrual Hygiene Matters report of 2012, it was concluded that 48% of girls in Iran are still raised to believe that menstruation is a disease. In Lebanon, it is believed that a woman on her period will kill the horse she rides, while Balinese women are prohibited from performing their household chores and must sleep away from the rest of their family. These women are banned from entering their places of worship and must keep the clothes they wear to temples separate from any clothing they wear while menstruating.

It is a similar situation in India where women’s daily lives are interrupted and, in some extreme cases, they must isolate themselves and move to huts on the outskirts of their villages. A tradition, known as chhaupadi (which translates to “untouchable being”), is prevalent in western Nepal and it prevents the participation of a menstruating woman in normal familial practices. Women are sent to a shed for the duration of their cycle where, as highlighted by the United Nations report ‘Chaupadi In The Far East’ (2011), they are at risk of animal attacks, sexual abuse, contracting respiratory diseases, diarrhoea, or pneumonia, amongst many other horrors.

The shed, which is often a poorly built structure, exposes the women to horrendous weather conditions from a very young age; some women are as young as nine when they are first banished. Women are not allowed to enter houses or touch men due to the superstition that this will anger the gods who, in turn, will curse the people and animals and cause illnesses. Women are also only allowed to consume dry foods (meaning no milk, butter, yoghurt or meat) as there is a belief that these products will be tainted and polluted by their touch.

While having a legal foundation that criminalises chhaupadi is important, it is clearly not enough to change deep-rooted beliefs and a culture that has been followed with devotion for centuries

The Nepalese Parliament passed a new law in 2017, criminalising chhaupadi and ordering three months of jail-time and a fine of 3000 Nepalese rupees ($29) for the exile of menstruating women. However, despite a similar law prohibiting this practice in 2005, chhaupadi has remained common in remote areas and at least eight women have died as a result of their banishment since 2007.

While having a legal foundation that criminalises chhaupadi is important, it is clearly not enough to change deep-rooted beliefs and a culture that has been followed with devotion for centuries. This law needs to go hand-in-hand with increased education and awareness in order to ensure societal transformation.

Menstrual cycles, unfortunately, also negatively impact girls’ education. In Uganda, girls miss up to eight days per term due to their periods. In Kenya, it is 4.9 days. The social stigma attached to periods in these cultures isolates women. The teasing and insults thrown at them from men create uncomfortable environments, compounding the problems they face in terms of lack of resources. Girls fall behind on their studies and struggle to catch up, which can lead to them repeating school years or dropping out altogether.

With the expensive nature of hygiene products, women prioritise food and other basic needs, forgoing the ‘nonessential’ commodities such as hygienic products. Instead, they use rags, leaves, old clothes, toilet paper, cotton wool, wood shavings, ash, hay, newspapers, blankets, feathers and even cow dung. These alternatives pose serious health risks and can cause vaginal infections; in India, it is estimated that reproductive tract infections (RTIs) have a 70% higher incident rate amongst women who use these materials. The lack of proper protection is uncomfortable, making it difficult to sit through classes and further encouraging girls to leave school. A study also noted how girls aged 10 to 19-years-old in Mukuru, Nairobi are forced into prostitution to pay for pads, leaving them at risk of contracting HIV and other sexually transmitted infections.

The topic of menstruation largely remains a dirty secret in many parts of the world. There is a lack of education for girls and boys, leaving them at the dangers of ignorance. To varying degrees, misconceptions about periods are rampant in both richer and poorer countries

Because menstruation is often viewed with so much scepticism and disdain, it is a topic that many never fully understand. 19-year-old Ryan Williams sparked debate on social media following his outburst on tampons stating, “no research is needed” into tampon tax. The self-proclaimed ‘meninist’ declared that tampons are a ‘luxury’ item and argued that women should “learn to control their bladders”, assuming that menstruation is controllable like urine. This promoted online outrage with women pointing out Williams’ ignorance of simple human biology and arguing over the essentiality of hygiene products.

The irony of this is that in many parts of the world, feminine hygiene products are considered an extravagance. When 15-year-old Nadya Okatomo’s mother lost her job, they entered a self-described “time of transition” where they were considered legally homeless. She started interacting with other homeless women and recognised a recurring theme during her conversations with women: it was extremely common for women to struggle to acquire hygiene products.

Most non-profit organisations supporting homeless women either lacked the resources to provide this support or there was reluctance, borne from embarrassment, to vocalise these needs explicitly. Okatomo decided to launch PERIOD (formerly Camions of Care), a non-profit organisation based in Portland, Oregon, that provides care packages to women and girls globally.

It also aims to de-stigmatise periods by improving education about periods and encouraging youth leaders to advocate for menstrual health. As of 2014, PERIOD has distributed enough packages to cater to 25,000 periods and it was calculated in May 2016 that they have helped 12,000 women.

There are several other movements to improve conditions for women. Days for Girls is just one example of a charity aiming to develop resources. Not only do they want to provide sanitary products, they also want to increase awareness, develop education for women and promote local leadership in these areas. They work to enforce self-worth and collective team work to combat abuse and help women become equal contributors to the community. Each kit from the charity gives girls 180 days’ worth of products over three years. Furthermore, impacting six continents and over a hundred countries, the charity has helped over 640,000 girls since its conception in 2008.

A current globally popular movement is ‘Pads against Sexism’, which involves writing messages on period pads and sticking them in public places to make statements. German artist Elonë, used this method in her hometown of Karsruhe, Germany to speak out against rape in 2015. This idea was later emulated by students from New Delhi’s Jamia Millia Islamia University, the University of Delhi, and Lahore’s Beaconhouse National University, who addressed misconceptions about periods by posting notes around their campuses in 2015 and 2016. While this certainly attracted attention and helped to contradict rigid social customs, it appears to be a frivolous waste of ‘valuable’ resources. As established, pads are unaffordable for many women worldwide and so perhaps it would have been more useful to donate these products to take an active role in improving standards of living.

The topic of menstruation largely remains a dirty secret in many parts of the world. There is a lack of education for girls and boys, leaving them at the dangers of ignorance. To varying degrees, misconceptions about periods are rampant in both richer and poorer countries. While in many poorer countries, this ignorance results in physical segregation, treatment as outcasts, many young girls in richer nations also face social isolation and are bullied and dismissed by men. It is essential that menstruation and what it entails is discussed more openly amongst women and with our male allies. Whether it is through a public forum, such as social media, or simply through discussions with peers, periods must be normalised and humanised.

The copyright-free image at the top of the page is of a woman in a red dress who is mostly hidden behind a white wall.