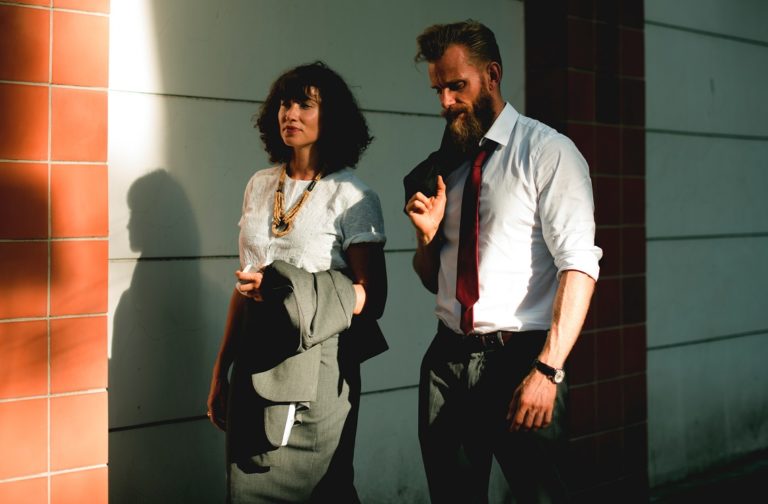 Trade unions are (still) fighting for women at work

Marion Scovell is the Head of Legal at Prospect, a trade union that regularly campaigns for women’s rights at work

This year has seen no shortage of public sexual harassment scandals: think the Presidents Club scandal, Harvey Weinstein and Westminster.

Each story and revelation has brought on a new wave of shock, solidarity and disgust from women all around the world. They have also raised questions about what can be done to stop sexual harassment at work.

There are many reasons why sexual harassment at work goes unreported and unpunished. For one, women may not feel safe or comfortable reporting the incident. As well as the fear of not being taken seriously, some women might feel that speaking out could cost them their job or subject them to more discrimination. Not to mention the huge amount of emotional labour and energy that goes into raising and seeing through sexual harassment claims.

But there is support available to make this process easier — one thing that any woman can do is to join a trade union.

According to the latest available government statistics, around 6.2m people in the UK were trade union members in 2016. Members were more likely to be women, and while overall membership levels have dropped for both men and women from 1995-2016, the rate of female membership has remained relatively stable and has overtaken that of men. I believe that this is because unions have a long history of working towards achieving gender equality in the workplace.

Women have been significantly disadvantaged by six years of cuts in employment and equality legal rights. Some of the most significant changes have included abolishing procedures, such as the statutory questionnaire, which gave people who thought they were being discriminated against the power to gather information very early on in their claim.

Protection from harassment at work has also been diluted. The Equality Act 2010 expressly outlawed “third party harassment” in order to protect female workers from facing harassment from clients and customers. But these provisions were repealed by the coalition government in 2013, which has resulted in less legal protection for workers. The Independent argues eloquently that the repeal of this law absolved The Presidents Club from protecting their hostesses from being harassed by their patrons.

All of these moves have been compounded by the fact that it’s now more difficult for tribunals to make changes for the good of workers. Government reforms mean that in successful cases, tribunals no longer have the power to make recommendations which will affect the wider workforce.

Harassment can occur in any workplace. Take the example of a case Prospect, the union I work for, took to an employment tribunal. Our member was a high-flying professional working in a traditionally male-dominated role in the public sector. Following a change of job, and a new manager, she was subjected to sexual harassment and bullying. Although her grievance was partially upheld, the employer’s response was to move her to a position that was less desirable, which had a long-term, detrimental effect on her pay and career development.

Following a preliminary hearing and months of preparing her legal claim, the case was settled quickly. As a result, she was re-graded and received compensation and an apology. Most importantly, she was able to get her career back on track.

As well as resolving individual harassment claims, unions have a unique role in collective bargaining. For example, they could negotiate equality policies to ensure that employers take preventative measures against harassment.

Unions have supported women in a wide range of cases, such as raising awareness of discrimination against older women and supporting Ecuadorian cleaners in their bid to receive a living wage while working as cleaners at Topshop. Under the law, an employer must allow a union representative to accompany a worker at a grievance hearing, but this statutory right does not extend to other representatives or lawyers.

If matters are not resolved in the workplace, unions can support members in bringing a claim to an employment tribunal; this can be complex, stressful, and extremely costly. And without union backing, it can be much harder to go through the process and act on the protection the law allows.

It can be difficult — and even feel impossible — to fight against a system that discriminates against you. Unions are dedicated to supporting women at work and fighting for their right to fair treatment, whether on a policy, organisational, or personal level.

Image is of a man and woman at work, dressed in corporate-casual attire. They are walking along the outside of a building and have taken their jackets off, as if coming out of a meeting