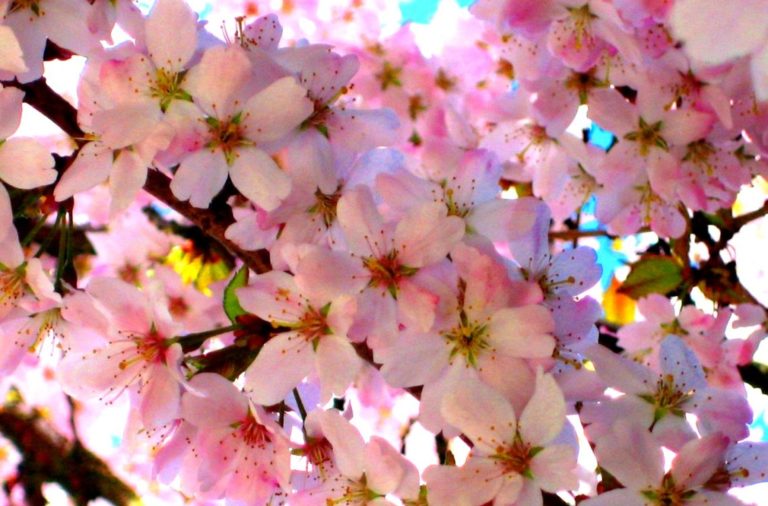 It’s time for another weekly round-up where we share (what we see as) the most interesting and important articles from the previous seven days. This week we’re focusing, in particular but not exclusively, on International Women’s Day and Mother’s Day (both took place last week) and we’d love to hear your thoughts on any of the issues covered in the articles we’ve picked.

From the article: “If we were less busy celebrating our perfect vision, we might notice that under the mask we spotted there may lurk a rather interesting and even intentional subjectivity which—in addition to the usual universal human things we all share—has been trained from birth to constantly consider and craft its own performance from a third-person perspective. In other words, women—in addition to being faces whose deceptions we seek to expose, because they are that too—are walking around with the usual amount of self-awareness and a few meta layers to boot. There’s better performance art in almost any woman than there is in a thousand James Francos.”

Three men making ballets about ‘woman’? It says all that’s wrong in classical dance (The Guardian)

From the article: “The problem with Femmes, apart from the sheer, kitsch ghastliness of the concept, is that it epitomises the lack of agency of women in classical dance. The reverence for the feminine implied by Balanchine’s quote has always been contingent on women knowing their place. Ballet relies on women to make up most of its performing workforce, but overwhelmingly reserves positions of artistic power for men… And, as Femmes demonstrates, the attitudes that underpin this imbalance are deeply entrenched.”

From the article: “The problem is that men’s pain is, still, so visceral, so dominating, and women’s pain is so easy to dismiss. Men’s panic about being accused of violence has overwhelmed women’s actual experiences of violence in the public imagination.”

From the article: “Giving girls and women the confidence to perform is key to what we do. We know that women are more likely to write music on their own, but not share it with the world. Increasing the number of women onstage is a political act – it changes who we hear from and what we hear about. Getting more women on stages means the music we hear becomes more representative of a larger world view, inspiring activism in turn.”

From the article: “We women here in Yarl’s Wood did not anticipate our freedom would be taken from us or the impact it would have. We are on a hunger strike because we are suffering unfair imprisonment and racist abuse in this archaic institution in Britain. This is a desperate measure due to desperate circumstances. We feel voiceless, forgotten and ignored. We needed a voice and more importantly we needed someone to listen. We needed to be reminded that we are human beings because trust us when we say most of us are so dehumanised by this process of detention and the way we are treated in detention that you start to forget.”

From the article: “Fat people experience hatred and stigma in education, the workplace, and yes, even the medical field. If Cancer Research really cares about our health, perhaps they should focus on the bigger picture. Medical fatphobia is a huge problem, pun intended, and with this campaign Cancer Research have positioned themselves as part of the problem.”

Yes, let’s battle period poverty. But there’s so much more to fight for (The Guardian)

‘I regret having children’ (Macleans)

From the article: “Recognizing regret as part of the maternal experience requires a sea change in thinking: that “mothers are owners of their bodies, thoughts, emotions, imagination and memories—and are capable of acknowledging whether all of this was worthwhile or not.”

From the article: “Since 1851, obituaries in The New York Times have been dominated by white men. Now, we’re adding the stories of 15 remarkable women.”

Sexism, drugs and rock ’n’ roll – when will the music industry finally wake up to #MeToo? (The Pool)

From the article: “When a very famous white rockstar called two female staffers at the NME offices and hurled abuse at them, the concern was not with their wellbeing but with contacting the publicist to ensure he’d continue having a relationship with the mag. Damage limitation trumps human decency. There are countless stories I could tell you like this and they span most music magazines I’ve worked for.”

Improbable’s D&D Producer to members of the Garrick Club. (It’s all a personal opinion, you understand…) (Improbable’s blog)

A Thank You Letter to My Mum, Whose Indonesian-ness I Tried to Hide (gal-dem)

From the article: “It’s quite ordinary for children to be embarrassed by their parents and get angry for seemingly no reason. But I did have a reason. I wanted to be ‘normal’ – or the normal that I knew. I didn’t want my friends (who were mostly white and English) to see that side of my family. Like any child eager to fit in, I picked up signs and signals from books, television, and my peers about what was ‘acceptable’ and ‘cool’. Being brown definitely wasn’t on the list, let alone the sounds my mum made on the phone to our family, so I pushed it all away. I would roll my eyes at my friends or laugh at her, and I hate myself for it now.”

If You Care About Sex Trafficking, Trust People in the Sex Trades — Not Celebrities (Alana Massey, Allure)

From the article: “Sarah McLachlan guilting me into rescuing another shelter animal? Send me the adoption papers. Leonardo DiCaprio, Kendall Jenner, and Samuel L. Jackson acting vaguely threatening so I register to vote? Show me to my polling place. I honestly think that celebrity involvement in social and political campaigns can bring new audiences to important issues. Which is why I was momentarily gobsmacked and then incensed by a celeb-heavy PSA featuring Seth Meyers, Amy Schumer, and others calling for an update to Section 230 of the Communications Decency Act and for support of SESTA…”

From the article: “Do you know who is doing the legwork to get the myriad IWD events, breakfasts, lunches, dinners, seminars, cocktail parties off the ground? Women.

“And do you know what they’re getting in return? In plenty of cases, very little.”

Is Brexit trashing your future? Here’s how to help stop it (Luke Lythgoe, InFacts)

From the article: “Young people will have to live with the crappy consequences of Brexit for decades to come. But it’s not too late to stop it. As Theresa May’s Brexit botch-job unravels, there’s a real possibility that she’ll be forced to flip the final deal back to the people. We need to be ready – here’s how.”

Beware the man with no female friends (Johanna Leggatt, Guardian)

#PressForProgress: part three (M Magazine)
[The final instalment of a three-part series engaging with women across the music industry.]

Caron Geary (aka MC Kinky): “Men don’t own the basis of music, but they still own and control the record companies, and woman are still seen as a marketing tool by the industry. Ageism for women more than men is still prevalent. Who gets the roughest treatment Madonna or Mick?”

The image is used under a creative commons license with thanks to Jennifer C on Flickr. It shows a cluster of pink cherry blossom.