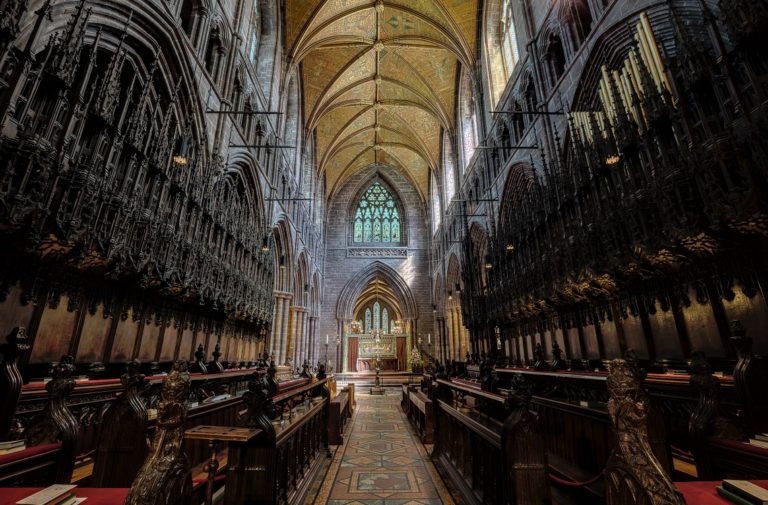 I am in the throes of writing up my research for my doctoral degree, which focuses on how ordained women negotiate their belonging in the Church of England.

The first female priests were ordained in 1994 and can still be barred from some churches; unlike secular organisations who may be obliged by law to promote gender equality, religious organisations are exempt, essentially allowing any parish not to accept female priests.

In my research, I have heard lots of stories of people refusing to take the sacraments (the bread and wine in Communion) from female priests. These priests are also wrestling with masculinised language and imagery in the Church and biblical texts that many consider sexist.

Having interviewed 27 amazing female priests, who talked about their experiences of gender and religion, I think their voices should be heard more widely, both in the Church and in society generally. As I write my thesis, I have the nagging thought: “Who is going to read this?”

There are creative ways of amplifying the voices of those we may not normally hear. Some academics have explored ways of using artistic practices to broadcast ideas arising from research. Art, music and drama have become ways of communicating important messages beyond the rarefied academic world. Sandra Faulkner’s book, Poetry as Method, is a good example of these techniques in action and Tiina Rosenberg’s Don’t Be Quiet, Start a Riot links them to feminist performance activism.

So, I have turned to ‘transcription poetry’ as a way of rescuing the words of the female priests I interviewed from languishing in the pages of my thesis. This means taking the women’s actual words and arranging them into a poem.

One of the most interesting topics we discussed was menstruating, particularly at the altar, which has all sorts of symbolic meanings for priests. This was the theme I chose for the poem.

Rosemary Radford Ruether in Through the Devil’s Gateway, edited by Alison Joseph, discusses how Christianity has seen menstruation as “the curse”— an inheritance from ancient purity laws and something which still lurks within the symbolic even now. Ruether says, because of the male monopoly on religious and public power, “Women come to think of themselves as debilitated and polluted, rather than magically powerful, because of their bleeding.”

Hearing stories of priests who menstruate during rituals and in religiously symbolic places is an important way of exploring how this patriarchal ‘curse’ of framing women as ‘polluting’ can be challenged.

In the interviews, these female priests were funny, rebellious, subversive and determined to challenge the negative taboos around menstrual blood. The poem that sprang from these stories shines a light on deeply embedded, gendered ideas that mean women are often alienated from sacred space and religious symbols.

There is humour in the poem but there is also an underlying poignancy in the way the women feel othered and portrayed as tainted and weak. Whilst the priests use religious language, their words will resonate with those of us who understand menstrual shame. These are the voices of real women describing their lived experience:

Oh. We shouldn’t be doing this
What they’re really scared about is you menstruating in the sanctuary
But I don’t go around saying, “Oh look at the diary, I’m going to wear my white alb and no pants”
Although sometimes, sometimes…What if?

We went to a mosque for Friday prayers, it was a huge deal
We wore our cassocks and scapulars
We covered up our hair and went into Friday prayers

And I had my period

I was so aware of it, thinking “I wonder if they know”
It was like we were smuggling in tampons
Right. I’m going to have to improvise here
I’ve got a used tampon in my pocket

“Oh, have you got your period, love? Well, why don’t you just sit down
Because I know you’re going to cry”
They were saying, “Have you ever said communion while you were menstruating?”
Of course I have
It was a sort of shock for them to process this

Menstruation and blood and the sanctuary – a real stumbling point

They’d never had a woman before
She went into the vestry and found the churchwarden going through her handbag
“What do you think you’re doing?”
He said “Well, I was just checking to see if you were carrying tampons
because if you’re menstruating
I won’t be able to take communion from you”

Imagine I pulled out a used tampon

You just bring it and put it on the table at the Mass and just offer it all
It somehow becomes linked with Christ’s sacrifice
And there is something strange for me
Something meaningful to me celebrating Mass whilst I’m menstruating
The whole of sense of sacrifice, suffering, blood
There is something quite powerful and female about that

“Let’s all celebrate our menstrual cycle”
Let’s not do that. Let’s be glad that one day they’ll stop

*presiding at Mass, or Eucharist, or Communion, where the priest blesses the bread and the wine at the altar

Image is of the interior of Chester Cathedral. The image looks down the Church’s main aisle, with the altar in the distance as the focal point. The pews face each other rather than the altar