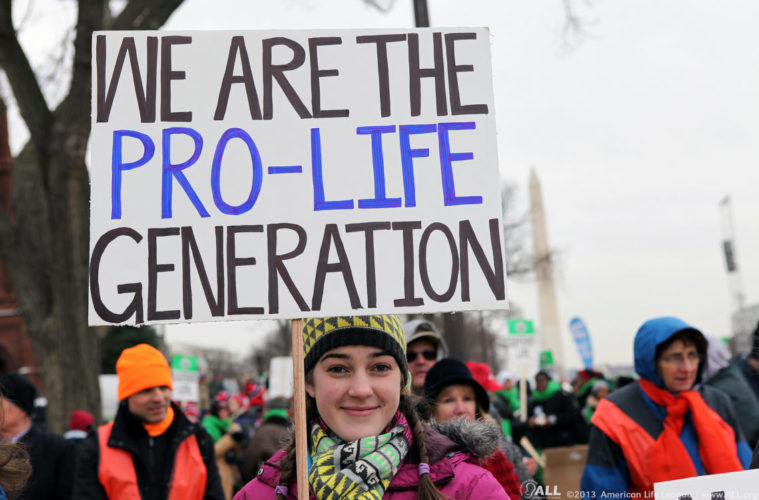 Eve Veglio-White, on behalf of Sister Supporter, talks about progress made – and the work that still needs to be done

Abortion has been legal in England, Scotland and Wales for just over 50 years. For 23 of those years, my local abortion clinic, Marie Stopes Ealing, has been targeted six days a week, 52 weeks a year, by various pro-life groups. There is now a wealth of evidence – including videos, images and hundreds of statements – that show people are being harassed at the very point of access. We have seen and read harrowing accounts of women being told to “pray so you don’t end up back here”, called “murderer” and being told to “change your lifestyle”. Perhaps even more disturbing are the people (often men) calling women “Mum” when they enter and, even more cruelly, when they leave. People have been blocked from the entrance, followed to their cars and sometimes have to pass large numbers of “pavement counsellors” holding signs saying, “Give your baby a present: a birthday” or “Thou shall not kill”. Then there is even more insidious behaviour, which is often deemed “peaceful”, such as groups praying directly opposite the main entrance or handing out gendered pink/blue rosaries and leaflets. These leaflets contain “warnings” that incorrectly state that women are at risk of breast cancer, an eating disorder, or even alcoholism, if they continue with the termination.

As I write this piece, the Isle of Man has just approved Safe Zones as a part of the Abortion Reform Bill. I sincerely hope this bill passes, but I also hope that this is an indication to the UK government that Safe Zones and the protection of clinic users should be incorporated as an integral part of abortion law.

Current harassment law is simply not fit for purpose. The onus is placed on the individual to bring about a harassment claim against another individual. This is not going to be a clinic user’s priority on the day of a procedure – and why should it be? To add the responsibility, not to mention the laborious process of bringing about criminal proceedings is, in our opinion, inhumane and a gross governmental oversight.

While this is an amazing reminder that a group of passionate people coming together can truly affect change, I often wonder why it took a group of angry residents to make change happen. Where are the police in all of this? Where is the government?

In 2015, we formed a local group known as Sister Supporter and it’s taken us three years of tireless campaigning and weekly counter vigils to secure the UK’s first ever “buffer” or Safe Zone. We explored every method available to us, and overcame many hurdles. A turning point came when we met an incredible legal aid lawyer, who suggested that while we work towards national legislation, we should look at what can be done on a local level using laws that already exist. She suggested a Public Spaces Protection Order (PSPO), which gives local authorities the power to restrict or ban certain anti-social activities within a specific area.

One of the strengths of our campaign was our engagement with the local community, many of whom were just as angry as us. We started a month-long council petition that needed 1,500 signatures in order to be debated in Parliament. The petition closed with over 3,500 signatures.

While this is an amazing reminder that a group of passionate people coming together can truly affect change, I often wonder why it took a group of angry residents to make change happen. Where are the police in all of this? Where is the government? I have been in Parliament and have heard chancellor Phillip Hammond state that this is a “policing issue”, and I’ve listened to police say they can’t do anything as it’s is a government issue. And then I have sat in Ealing Town Hall as the councillors unanimously voted to bring in a Safe Zone around the clinic. Clearly there’s something amiss here. Public opinion is in favour of Safe Zones; over 89% of Ealing residents were in favour and 69% of UK residents who answered the Home Office consultation were also in favour.

The Council decided to implement a Safe Zone after every attempt to find a middle ground has been unsuccessful. The pro-life lobby have repeatedly denied that any harassment occurs at all. They have also made it clear that they will not voluntarily stand away from the entrance, otherwise they cannot target every individual using the clinic. At the Home Office Select Committee evidence hearing, the Chair, Yvette Cooper MP, told the Good Counsel Network that she was deeply concerned about the pro-life lobby’s complete refusal to accept that anyone has ever felt harassed and that they were therefore implying that every statement given by a clinic user was fabricated.

The anti-abortion lobby make the ludicrous claim that we are opposed to people in crisis being offered help, but this is not the case – it’s the methods and the agenda that we oppose. We are not trying to restrict anybody’s right to freedom of speech – we just don’t believe that a clinic is the place for debate.

We’re now taking our campaign outside Ealing to the rest of the country, where we are aware of at least 42 UK clinics that are affected by this behaviour. There are a number of councils in the process of looking at or taking similar action. Our plan is to work with local governments to put in place Safe Zones and show the government that a national solution is desperately needed. The more councils taking action, the more they can’t ignore the problem. We are working with several groups around the country and we urge you to find out what’s happening in your area. Are there any existing groups? Can you start a group? What is the local council/MP doing? Please don’t hesitate to get in touch with us, and let’s end this imbalance of rights together.

You can find out more about Sister Supporter by going to their website: www.sistersupporter.com and www.back-off.org. Get in touch via contact@sistersupporter.co.uk. Evidence pack available on the website.

Image courtesy of the American Life League, 2013. It depicts a woman holding a sign that reads “We are the Pro-Life Generation”.

Sister Supporter is a pro-choice organisation, founded by local Ealing residents in November 2015. We are campaigning for the public space outside our local Marie Stopes clinic, and all clinics in the United Kingdom, to be free from intimidation and harassment, allowing those who wish to exercise their legal right to healthcare to do so without interference and judgement. Eve Veglio-White is one of the core members of Sister Supporter