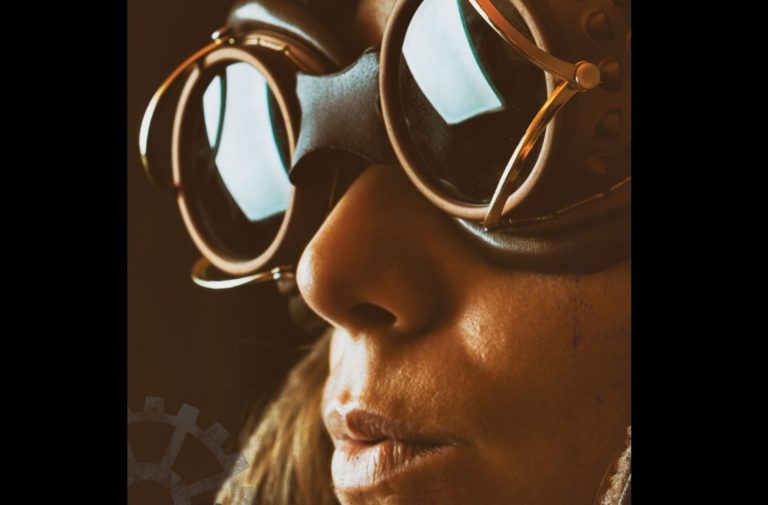 Writing a world without gender

Breaking news in the literary world: steampunk’s time may have finally arrived! Not sure what steampunk is exactly? You’re not the only one as, sadly, steampunk isn’t usually prominent in mainstream literary thought. This is a shame as it provides one of the most interesting, eclectic and vivid settings in literature. Steampunk is a subgenre of speculative fiction, with themes of fantasy, sci-fi, and horror, in an alternative world inspired by Victorian industrial machinery. It is perhaps best and commonly described as, “what the past would look like if the future had happened sooner.”

That is, until Galleon, a debut novel by Ruby Smith, which introduces readers to Eera, a rapidly evolving world where those with magic rule. Within this world is Gallow whose population is plunged into the chaos of change and rising tension between two factions: magic and non-magic folk. In the capital, Cerrano, a city full to the brim with immigrants and inventors, those without magic are growing ever more resentful of their inferior status as their power grows with technological advancements. With an ever-increasing pressure within this divided society, the gasket is ready to blow.

Galleon is so much more than just an exciting story. Its very current and insightful socio-political points stick with you long after finishing the book. What struck me most of all as unusual is the complete absence of a defined sexuality in the novel. The main characters are all queer in the fact that gender doesn’t dictate who they sleep with or who they fall in love with.

Yet, the characters never explicitly state they’re queer, nor does anyone even make a passing comment on it. From the first chapter, the main protagonist, Ridley Ripley, is interacting with her female lover – or girlfriend, or partner or, in the manner of the novel, just ‘Friday’. Her sexuality is as simple a fact as her hair colour, her kick-ass bravery, or her identity as a mysterious, widely feared ‘Shadow’.

In a way, the subtly of this tricks you, and makes you question your own attitude towards sexuality. Characters I automatically expected to be straight surprised me with lovingly described feelings towards a person of the same gender. Ever expecting a ‘coming out’ story, homophobic comments, a gay plot device, a gay ‘side kick’, or a ‘bury your gays’ trope, it was refreshing that these never materialised. Even celebrated LGBT+ literature often cannot help making LGBT+ issues the lynchpin of the narrative, entirely undermining the normality of same-sex desire. In Galleon, you soon forget that sexuality even exists, let alone it being a contentious issue, until you re-emerge into the real world and question why we even bother labelling people in the first place. In Galleon, people just happen to be queer, in the same way as in our world people just happen to be straight, which is a massive step forward for liberalism, progressivism and equality.

While gender is not exactly fluid, stereotypical gender roles are interchangeable and characters exhibit a healthy mix of both ‘masculine’ and ‘feminine’ qualities that simply make them typical human beings

Men, to counterbalance female power, aren’t relegated to positions of inferiority. They are not stripped of their own power, their own personalities, their own strengths and weaknesses and they aren’t beaten down into submission as payback for years of female objectification and oppression. Simply, women hold governmental positions of authority, whilst the primary male protagonists have equally important roles running the famous Steam Syndicate, a factory of ingenious inventors producing technology that gives the genre its name.

While gender is not exactly fluid, stereotypical gender roles are interchangeable and characters exhibit a healthy mix of both ‘masculine’ and ‘feminine’ qualities that simply make them typical human beings. Both men and women in Galleon freely and openly grieve, they are both vulnerable, in need of love and company, they are fearful, in need of saving, and physically and emotionally weak. Yet, both men and women also display physical strength, leadership, authority, and sometimes struggle to open up and reveal their emotions.

Both women and men also have equal opportunities for narrative roles. They have the freedom to be villains and heroes, police and government officials, inventors and leaders of rebel groups. As with sexuality, these ‘mixed’ attributes soon become so commonplace in the novel that you forget they’re gender stereotypes at all, and wonder why our own society is yet to accept that every human being is too complex, regardless of gender, to ever be trapped in a specific role.

Smith explores other socio-political issues in Galleon, such as class, in an equally sensitive way as sexuality and gender. The fantastical steampunk world of Eera becomes an allegory for this real-world issue. The divide between the traditionally powerful magic people and the non-magic underdogs clearly represents modern day classism. In true Marxist style, the non-magic population are becoming more aware of their inferiority and more equipped to rise up through technological development that could soon overtake, or at least equally match, magic.

These socio-political points, however, are not shoved down your throat in the unappetising manner of a Twitter tirade

Smith doesn’t manipulate the narrative to make the reader take one side or another, however. We get narrative points of view and primary protagonists from both the magic and non-magic camps. There are also negative aspects to each, where the magic folk can sometimes be harsh, authoritarian, superior, and emotionless, whilst those without magic are resorting to violence to break their repression and racially discriminate against magic folk as a result of their pent up frustration.

These socio-political points, however, are not shoved down your throat in the unappetising manner of a Twitter tirade. They are subtly integrated in the novel and never once explicitly flagged up; Smith never boasts of her liberalism or insight. Lack of definition is, in fact, what defines both the characters, the world and the novel itself. In the same way that the characters exist outside the walls of any socially constructed box, so is Galleon written in a way that defies the reader or critic to stick a label on it.

The only flaw in the novel? It’s not long enough. At times, presumably because of its relatively short length, it neglects world-building. Although set in an alternative world as different to ours as that of J.R.R. Tolkien or George R.R. Martin, Galleon doesn’t explore its own world in nearly as much detail or complexity as these novels. At times it’s hard to imagine the setting of Galleon – its fashion, architecture, or geographical features lack description. Although generally not necessary in novels set in the real world, for a novel like Galleon, where the setting is completely unknown to the reader, this really is needed to bring the story to life. If a sequel to Galleon is planned, I hope they find more space for the exploration and description of Eera, but as a standalone novel, it leaves the reader wanting more.

Galleon is published by Troubador books and is available now

The picture at the top of the page is the front cover of Galleon. It’s a close-up profile shot of what appears to be a young woman wearing large, typical steampunk goggles. Light is reflected on the lenses and her lips are pursed shut. The book’s title (Galleon) is written at the bottom of the image in capital blue letters and the author’s name (Ruby Smith) is written in smaller blue capital letters above this.