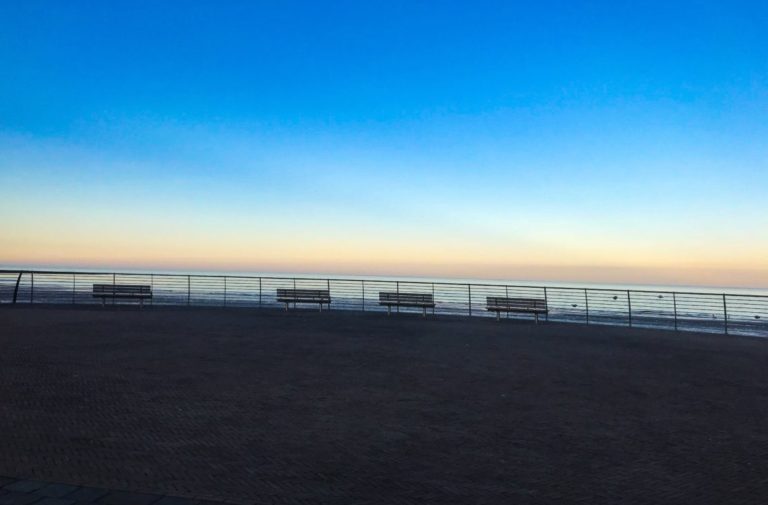 Wales Is Leading the Way in LGBT-Inclusive Sex Education (Gina Tonic, Vice)
From the article: “Thirty years ago, Section 28 was introduced into UK law, banning the “promotion of homosexuality” in schools. This month, on the 22nd of May, Welsh Education Minister Kirsty Williams introduced new legislation making LGBT relationship and sex education compulsory in the Welsh curriculum.”

Decolonizing against extinction, part III: white tears and mourning (Worldly)
From the article: “…White tears are a powerful move to innocence. They offer white folks confronted with injustices in which they’re implicated release, relief and a sense of having ‘responded’ to the suffering of others. However, they do not tend to translate into concrete action against racism or other forms of structural violence, which cause the harms in question. In some cases, they might detract from this kind of work by making white folks feel as though they have already ‘done something’ (see my story above). What’s more, this sense of having ‘responded meaningfully’ may be used to mask complicity and to disavow one’s responsibility to dismantle structural violence.”

From the article: “The Lush campaign is in partnership with Police Spies Out of Lives and the Campaign Opposing Police Surveillance. It makes three specific demands on the home secretary: to appoint a panel of experts – as has been done with the Grenfell inquiry – to assist the chair in investigating the wrongdoing; to extend the inquiry’s remit to Scotland where many of the officers exposed thus far were deployed; to disclose the cover names of officers, groups they spied on and to release the personal files of victims.”

From the thread: “…If your society is one that has spent literal centuries gobbling up power-over and resources from as much of the world as you can, you’re likelier to be steeped in that concept. Your knee-jerk reaction is to take as much pie as you can.

“In that sense, it doesn’t surprise me at all that English feminism includes a cruel streak of TERFism. It makes sense. You want power-over? You build walls. Kick out everyone who doesn’t belong. Take the pie. Hoard the forks, cause you’re terrified of being the hungry one…”

Sex and gender on the Christian campus (New York Times)

I learnt to act “not poor” as an adult. But discrimination still hurts (The Pool)

From the article: “We live in a society that relentlessly feeds us a well-worn narrative about those living in poverty, but we do have choices. We can choose whether or not to try to find deeper meaning within that simplistic narrative. We can choose to acknowledge wider reasons, motivations and implications; choose to understand that there is always a context to decision-making and that we are all a part of, all contribute to, that wider context, too. I can choose what I feel about myself and about my life. I can write my own narrative.”

Queer women and the rise of passive online flirting (i-D)

From the article: “The way queer women flirt, according to Twitter, can include: silently liking each other’s selfies but never speaking to each other, openly flirting with each other while both misread it as friendliness, and literally just making eye contact.

The common factor is misunderstanding, seemingly because we either don’t believe the other person could possibly be interested, or we think they could be but are too afraid of coming across as creepy. A combo of internalised misogyny, homophobia and general anxiety are probably to blame for the uniquely bad brand of flirting that is associated with gay and bisexual women.”

From the article: “During the course of the 2017‑18 season, Women in Football claims to have received complaints from individuals across the football industry. Lewd comments of a sexual nature, racist, gendered remarks and threats of violence were reportedly made to a number of high‑profile female journalists, broadcasters, players and referees.

A total of 271 incidents were reported to Women in Football during the 2017‑18 season. These alleged incidents occurred across clubs, organisations and online. Reported incidents on match days were up by 133.3%, workplace incidents by 112.5% and attacks on social media rose by 285.4%.”

Who Can and Cannot be Feminine… Without Giving Up Their Safety? (Aiko Fuluchi, the body is not an apology)

The hideous persistence of the “women in rock” issue (Medium)

From the article: “It is not just representation that should be the goal, obviously; representation without complexity and complication, diversity without reorganization of the power structure, is a hollow enterprise. What we can learn as journalists from what community DIY festival organizers are doing is not just that representation matters; it is that there is always more work to be done, and that we must listen to the margins about the stories those artists and listeners tell about themselves.”

From the article: “The ability to hear criticism and then to change yourself for the better based on that feedback is also a fucking superpower. Don’t let anyone tell you otherwise. My problem was not my willingness to change, but my willingness to change for the wrong reasons. Change should make you bigger, it should increase your tank of self love, it should make you stronger, clearer, more directed, more differentiated, and more compassionate. The pain of growth is different than the pain of destruction. One will fill you with love and pride, even when it is hard, and the other will fill you with shame and fear. No one should use shame or fear to try to get you to change. When they do this they are not asking for change, they are asking for control.”

From the article: “Join us for this groundbreaking new series of monthly PRECIOUS networking events for women of colour in business.”

Transgender identities in the past (British Library)

From the article: “Museums, archives and galleries have a responsibility to ensure that all its patrons are represented and included in the histories that they create. Language is a problem, as is the ability to find consensus and work in the middle ground where narratives are open and have multiple points of access. In the last 50 years the vocabulary available to identify sexuality and gender has undergone a huge expansion. These challenges are not insurmountable, and the reward of enquiry can have a profound effect on our understanding of the past, how far we have come, and the battles left to fight.”

From the article: “The myth of the accidental predator is a common one. In fact, the idea that men seem to accidentally cross a line has been frequently pandered to in the recent wave of allegations of sexual harassment and misconduct against powerful men in the US government and in Hollywood…The myth here is that these men felt that what they were doing was completely appropriate, suggesting that they simply didn’t know that their behavior was bad (despite so much evidence to the contrary). And unfortunately, that myth has been perpetuated by movies and television. To be an accidental predator on the screen, characters must have a few things: they must be presented as protagonists, or people the audience is meant to root for, and their transgressions must be either forced by circumstance or with a pure-ish motive. In other words, the facts of the case are enough to have many outsiders conclude that it isn’t the perpetrator’s fault.”

Comedian Gina Yashere reveals she faced horrible misogyny and racism while working as an engineer : ‘It was a horrendous baptism of fire’ (Metro)

Neville Southall: ‘I’ve got a bit of flak because I stick up for sex workers’ (The Guardian)

The image is used with permission of L. Taylor. It is a photograph of the sea from a promenade (near South Shields, Newcastle) at sunset. The sea can just be seen over the top of the railings and there is a row of benches facing out from the promenade. The sun is setting and the sky is bright blue but pink on the horizon where it meets the sea.