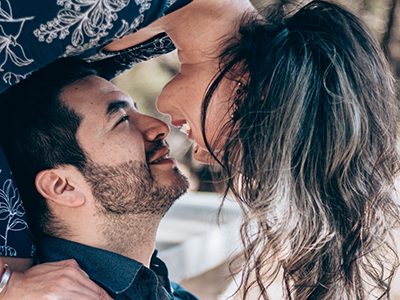 Equal civil partnerships are the fair and sensible way forward Last Wednesday, the Supreme Court ruled that civil partnerships should be available to all couples: different-sex and same-sex alike.

This is very welcome news for everyone who – like me – feels that marriage just isn’t right for them. Personally, and I know I’m not alone, I can’t get behind the institution’s uncomfortable legacy. Marriage has nearly always been a transaction – used for centuries in our culture to secure economic and political advantage. It’s only since the Victorian era that the concept of love has been part of the equation.

All five judges who heard the case brought by Rebecca Steinfeld and Charles Keidan agreed that this situation is incompatible with human rights law, and that the government’s decision to assess the demand for heterosexual civil partnerships before changing the law is not justifiable.

The way that we choose to structure our families and formalise our love for one another is constantly evolving. Even within my lifetime, marriage and the traditions around it have changed. Same-sex marriage was finally brought into law in 2014, while many women are breaking away from the age-old tenets of the ceremony – speaking up when it’s time for speeches or walking themselves down the aisle. Lots of people have a civil ceremony, writing their own vows and setting their own terms.

But it’s time to take the next step. There are 3.2 million unmarried cohabiting different-sex couples in the UK (double the number 15 years ago), for whom marriage may not be a good fit. Some may feel the same way I do, others might have been unhappily married before, or some may have lived through their parents’ divorces and decided the institution wasn’t for them. Others may object to the familial and social expectations that come with weddings.

Now there’s an opportunity for the government to finally get its ducks in a row and give people in long-term relationships who do not wish to marry the same legal protection as married couples. Many don’t realise that if they are not married they can’t inherit their partner’s pension or take advantage of tax benefits. A third of cohabiting couples have children and aren’t always aware that if the relationship ends, they can’t rely on their partner for financial support for the kids.

When the Marriage (Same-Sex Couples) Bill 2013 was going through parliament, there was cross-party support for simultaneously extending civil partnerships to heterosexual couples and a consultation revealed that 61% of respondents were in favour of doing so. The fact that this didn’t happen – in no small part due to David Cameron’s concerns about ‘weakening’ marriage – would be easy to rectify.

The Supreme Court made it clear that this inequality is unlawful, and the ruling puts enormous pressure on the government to act. They could use fast-track legislation to remedy the inequality, or get MP Tim Loughton’s Civil Partnerships, Marriages and Deaths Bill, currently sitting in their laps, back on track. The Bill was – frustratingly – all set to be passed by parliament in February until a reshuffle resulted in a new Minister for Equalities, Amber Rudd, who was not supportive.

Now it’s up to the current Minister, Penny Mordaunt, to take this forward. The solution isn’t to scrap civil partnerships for same-sex couples in order to ‘equalise’ rights. Stonewall’s CEO has already warned against this, and the number of LGBT couples getting civil partnerships rose in 2016, despite gay marriage being available. Added to this, according to Tim Laughton’s speech in Parliament, when same-sex marriage was introduced in 2014, only 4% of civil partnerships converted.

Civil partnerships may not be perfect – some see them as simply a stepping stone to gay marriage – but they are clearly valued. Rather than waiting another 14 years for a more revolutionary ‘third way’, the government should seize current legislation and make it work. The UK is already lagging behind in this respect, as civil unions for heterosexual couples are available in the Isle of Man, France, the Netherlands, Belgium and New Zealand, to name just a few.

Celebrating the love and commitment between people is one of the most joyful things we humans do and I have been lucky enough to do so at many friends’ weddings over the last few years. But my six-year, committed and loving relationship has not been celebrated. We do not have legal protections and recognition. Opening up civil partnerships would immediately change this for us, and I suspect for many thousands more. It’s a no-brainer.

Featured image is of a man and woman in a different-sex couple, looking into each other’s eyes and smiling. The woman is standing behind the man and her head hangs upside-down so their faces meet