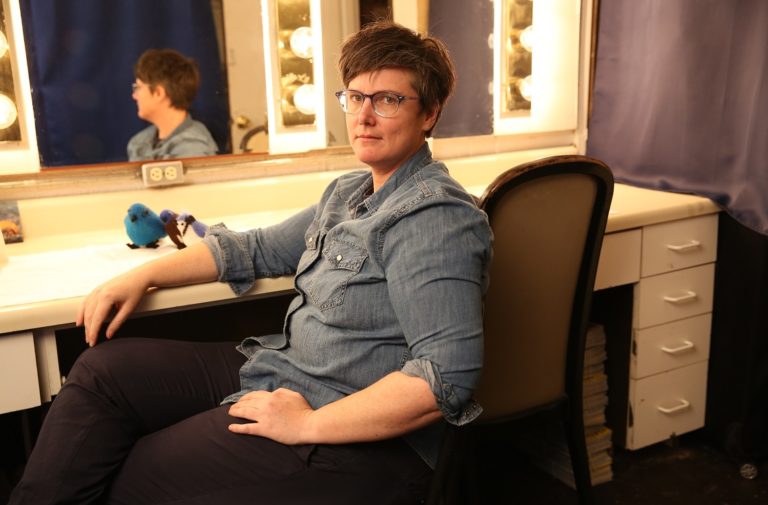 When the jokes aren’t funny any more

Since its release last month on Netflix, Hannah Gadsby’s first (and possibly final) standup special has received a huge amount of hype, and for good reason. In a powerful exploration of why she is quitting comedy, Gadsby raises her voice for the “non-normals”.

“I do think I need to quit comedy,” Gadsby proclaims. “I don’t feel very comfortable in it anymore.”

As she points out, the stage of the Sydney Opera House is an unconventional place to make such a declaration. But as a lesbian who considers herself “gender not-normal”, the Australian comedian decides that the humiliation required by standup is no longer worth it.

She asks the audience: “Do you understand what self-deprecation means when it comes from someone who already exists in the margins? It’s not humility, it’s humiliation. I put myself down in order to speak … and I simply will not do that anymore, not to myself or anybody who identifies with me.”

Watching Nanette is, in many ways, like seeing a magic trick. A magician will delight you with a trick and then, after you ask how they did it, they will deconstruct it, showing you step-by-step how they both deceived and amazed you. In Gadsby’s special, the trick is comedy. She tells some of the most harrowing stories from her life in a way that tickles the audience, only to later reveal how she deceived them, and show them the pain that this humour masked.

From the offset, Gadsby presents herself as an outsider. Growing up in Smithton, Tasmania, in the 1990s, the people around her were not open minded, to say the least. “I loved Tasmania,” she declares, “but I had to leave as soon as I found out I was a little bit lesbian.”

Despite this being a potentially traumatic experience, her delivery of the line provokes a laugh from the audience. “The wisdom of the day was that if you chose to be gay, you should just get yourself a one-way ticket to the mainland and don’t come back.”

But these jokes do even more than expose the idiocy of homophobia and sexism. They allow Gadsby to make a point about the uselessness of comedy for telling stories honestly

Though she is dealing with subjects of homophobia and bigotry, there is a power in the way Gadsby makes these attitudes funny. “No one ever really talked about the lesbians … do they even exist if no one’s watching, really? No harm in a cuddle.” As a lesbian, there is something in the way she makes bigots the butt of the joke, a sense of triumph created by her turning their alienation back towards them. But these jokes do even more than expose the idiocy of homophobia and sexism. They allow Gadsby to make a point about the uselessness of comedy for telling stories honestly. The context, the timing, the smile on her face at the end of a sentence – these standup staples allow her to mask the suffering in her story with comedy. And with so many people in the world facing issues of sexism, homophobia and transphobia, she refuses to suppress her suffering, or her truth, any longer.

Self-identifying as a “quiet gay”, Gadsby is honest about her feelings that she doesn’t really fit in anywhere: not the homophobic town she grew up in nor the party-loving culture of pride celebrations. “The Mardi Gras was the first introduction to my people … Don’t they love to dance and party. I used to sit and watch it and go, where do the quiet gays go?”

Boldly, she allows herself to exist outside of the neat little boxes many of us are pressured into; not only does she subvert society’s idea of what it means to be a woman, she considers herself an outsider among much of the LGBT+ community. And her ownership of this fact is exactly what makes her a crucial voice in comedy.

She refuses to be reduced to “a female comic”, “a lesbian comic”, or, in this special, “a comic” at all. Instead, Nanette immediately offers a new perspective of someone who has been estranged from many areas of society and is unafraid and unapologetic in critiquing them all.

Even comedy itself is not exempt from Gadsby’s criticism. Frustrated with cheap jokes about Trump’s “locker room talk,” she targets comedians for the role they play in promoting the patriarchy.

“You know who used to be an easy punchline?” she asks. “Monica Lewinsky. Maybe if comedians had done their job properly and made fun of the man who abused his power then perhaps we may have had a middle-aged woman with an appropriate amount of experience in the White House instead, as we do, of a man who openly admitted to sexually assaulting vulnerable young women because he could.”

In today’s climate, it is no longer enough to laugh at bigoted behaviour without targeting where it comes from, whether it is sexual assault or the roles of gender. “Did you know that human men and human women have more in common than they don’t?” The seemingly obvious nature of this statement is what makes it powerful because, as Gadsby points out, many of us are still caught up on our differences. With mock astonishment, she makes a suggestion: “How about we stop separating the children into opposing teams from day one? How about we give them, I don’t know, a good seven to ten years to consider themselves on the same side?”

She discusses her experiences in Tasmania again without comedic embellishment, her face stern as she tells the truth

Ironically enough, it is these less-funny moments that are the most effective and most memorable parts of the special. Fed up of the tension that comedy exploits, Gadsby decides to retell her story the right way. “What I did with that comedy show about coming out was I froze an incredibly formative experience at its trauma point and I sealed it off into jokes.”

She discusses her experiences in Tasmania again without comedic embellishment, her face stern as she tells the truth. “70 per cent of the people who raised me, who loved me, who I trusted, believed that homosexuality was a sin, that homosexuals were heinous, subhuman paedophiles … and by the time I identified with being gay it was too late. I was already homophobic.”

This version of the story – the one without self-deprecating humour – is too important for Gadsby to sacrifice to comedy anymore. “My story has value,” she asserts. “What I would have done to have heard a story like mine.”

Gadsby claims that comedy is a low-brow art form and that no one leaving the Sydney Opera House after her performance will be a better person because of it. But after watching such a moving, insightful and urgent special from a queer female artist, one can question whether this particular statement is true.

Nanette can be watched on Netflix. Previously the show won Best Show at the Edinburgh Comedy Awards and the Barry Award for best show at the Melbourne International Comedy Festival.

Both images are photographs of Hannah Gadsby by Carol Rosegg. In the feature image she sits in front of the dressing table in a theatrical dressing room. Her legs are crossed and she looks directly at the camera. In the second she stands smiling behind a microphone, wearing a dark jacket, top and trousers.