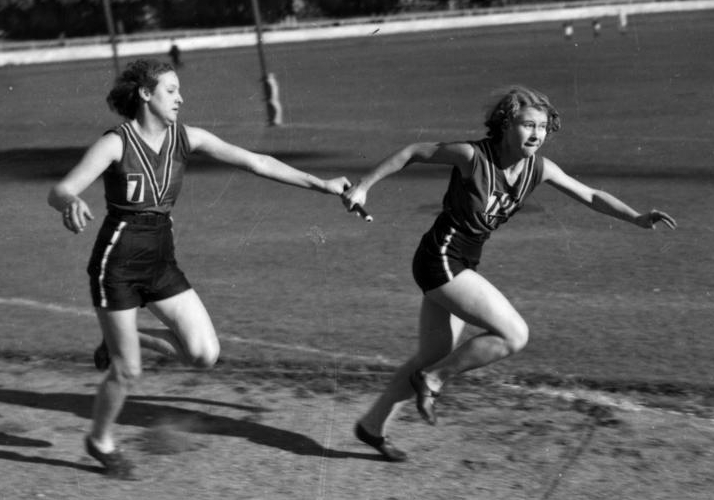 In 2013, we began using a rotating editor system. Rather than having one person as constant editor at The F-Word, we decided to share the role within the team, with a new person coming into it every six to twelve months. This has given us a chance to share the admin load (there’s a lot!) and also gives different people the chance to inject new life into the site.

After 12 months as the site’s rotating editor, I’m delighted to pass on the baton to Lissy Lovett, our existing theatre and comedy editor, treasurer and spreadsheet wunderkind. Lissy is incredibly organised, passionate and an integral part of The F-Word team. I’m looking forward to the site growing under her leadership.

I’m also happy to announce some new additions to the team. Genevieve Richardson and Lucy Everitt are both joining Christina Carè as features editors, which is wonderful news. Features is a particularly busy area of the site, so we hope the not insignificant volume of work generated by this section can be shared between this new team. Christina has done a sterling job managing this alone since Sophie Jackson left features last autumn. Welcome, Genevieve and Lucy!

During my 12 month rotating editorship, Cazz Blase agreed to caretake the music section in my absence. I began editing the music section back in April 2014 and couldn’t focus on my rotating editor role in addition to music. I’m pleased to confirm that Cazz has agreed to stay on as the site’s music editor. As a previous editor of this section from 2011 – 2013, she has the experience, knowledge and enthusiasm to make this section of the site a stimulating one.

Despite undertaking an eye-watering six rounds of recruitment in my 12 months as rotating editor, we still have vacancies for a social media editor, arts editor and fiction editor. Keep an eye on the site for further updates on future recruitment drives!

I wrote my first piece for The F-Word back in 2007 (gulp). My continued involvement over the years has been both a joy and a privilege. The F-Word’s longevity is testament to its quality and the time and energy everyone involved in the site contributes (we are all unpaid volunteers) is indicative of the esteem in which it continues to be held. Long may it continue. I’ll still be involved with the site and look forward to being part of its future growth.

The picture at the top of the page is a black and white image of two white women running in a relay race in Brisbane in 1939. It’s an action shot and the women are passing a baton between them, with a look of concentration and determination on their faces. The image was shared under a Creative Commons licence.