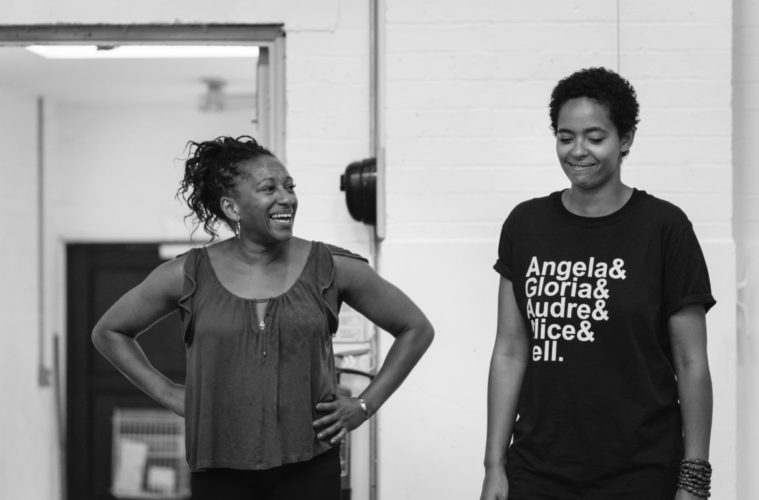 As we come up to the Edinburgh Festival Fringe, you may have noticed the Home Safe Collective campaign, raising money to pay for cabs for female performers at the Fringe. I have such mixed feelings about such things: on the one hand it’s miserable that anyone should have to do this and the fewer folks there are out on the roads at night the more dangerous they get … on the other, of course no one should be in danger so what else are we meant to do? Here’s the link to the fundraising pool should you be so minded to donate.

Radical Acts, a bold, multi-disciplinary, multilingual experience asking: “what radical actions do women and girls need to make today?” has just begun in Bradford. Still to come are two more interventions and the project’s culmination: a site-specific, immersive performance at The Bradford Club, running from 19 until 23 September. Also currently running is the Camden Fringe which is always worth a look. Of interest are these two shows:

Opening today and running until Friday at the Etcetera Theatre, Camden is S/he/it Happens, an original comedy about transgender dysphoria and gender identity. You can watch a trailer here (there is jaunty jazz music playing throughout but no dialogue).

BLUE is an abstract fairy tale for adults about a woman who lives on the Moon. Using poetry, clowning, cardboard and a lobster called Spock, BLUE is a one woman show that explores experiences with mental health and the importance of reaching out when you’re not OK. BLUE runs from 15 until 19 August also at the Etcetera Theatre.

New play Emilia will be playing at Shakespeare’s Globe from 10 August. It’s about a feminist in Shakespeare’s day called Emilia Bassano, who was the first published female poet and supposedly Shakespeare’s muse, who has been written out of history.

There won’t be a blog in August as I’ll be attempting to cover a bit of the Edinburgh Festival Fringe, so here’s a few September shows for you:

A reimagined modern day version of celebrated Spanish dramatist Federico Garcia Lorca’s Blood Wedding will be staged for three weeks from 4 – 23rd September at the Omnibus Theatre in Clapham. This adaptation, told through a female lens, shines a light on London’s Spanish community and explores cultural divisions in response to the current socio-political climate.

Jasmin Vardimon’s twentieth anniversary new dance piece, Medusa will premiere at the Gulbenkian Theatre in Canterbury from 13 until 15 September and then tours to Exeter, Cambridge, Ipswich and London. Vardimon examines the gendered historical significance of Medusa; the myth, the symbolism and the philosophical idea of ‘reflection’. POT by Ambreen Razia will be at Stratford Circus Arts Centre from 26 until 29 September 2018 before touring to Hexham, Brighton, Taunton, London twice and Oxford until 26 October 2018. POT delves into the lives of Britain’s invisible children, adrift in the care system and inadvertently impacted by gang culture.

That’s all for July. See you next month in Edinburgh!

The feature image is from Emilia and is by Helen Murray. It is a black and white rehearsal photograph of two people laughing. The figure on the left has her hands on her hips and is smiling broadly. The figure on the right looks down slightly and is wearing a t-shirt which says (not all of the names can be seen but this can be extrapolated): “Angela& Gloria& Audre& Alice& bell.”

Image two is from Radical Acts. It shows two women, Latifa & Nasreen, standing on a stage. The one on the right is older, wears a pink sleeveless cardigan and a blue flowered dress and holds her right arm up in the air. She is closer to the camera. The one on the left is further back and wears a pink salwar kameez and beige headscarf. She has her right arm held up in front of her with her left hand on her hip and stands in a square taped out on the floor. To the left of both of them is a projector screen where the words “Put Yourself On A Plinth” can just be seen as well as a stick figure standing in a square.

Image three is from Medusa. It shows a dancer squatting with her knees wide apart behind some barbed wire. She wears black boots and a black short jumpsuit. Her long hair is wound around the barbed wire in some places. Behind her there is a plume of smoke. She looks fiercely straight at the camera.