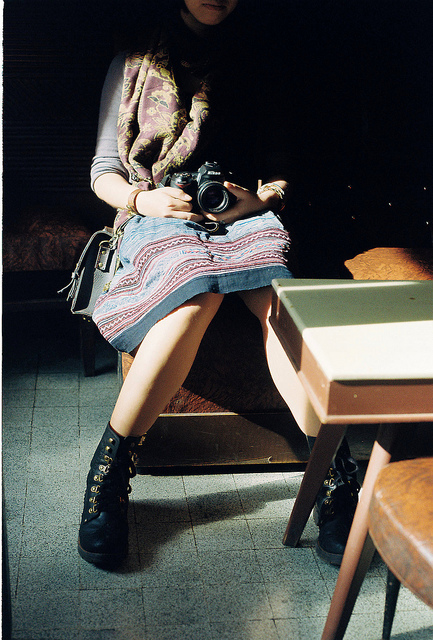 It’s time for another weekly round-up where we share (what we see as) the most interesting and important articles from the previous seven days. We’d love to hear your thoughts on any of the issues covered in the articles we’ve picked. As always, linking to articles does not mean endorsement from the F-Word and certain links may be triggering. We welcome debate in the comments section and on Facebook/Twitter but remind readers that any comments containing sexist, racist, homophobic, transphobic or disablist language will be deleted immediately. If you notice that we’ve missed out any important articles from the past week, feel free to let us know.

68% Rotten: Female critics outnumbered two to one by their male counterparts (The Guardian)

From the article: “We have seen this abuse take place in colonisation, from birthing farms and Medical Aparthied, to using black bodies as scientific Guinea pigs – specifically the exploitation of Nigerians for Meningitis trials and other developing countries. We’ve also seen it as part of the LA drug scandal exposed by Gary Web, to the HeLa cell strain – developed from Henrietta Lacks’ cell tissue – being used to cure the entire world, but not allowing her family to receive financial compensation. This is not an opportunity, this is not a show of appreciation, this is new age fetishisation. This unhealthy obsession of black skin, but not black people, needs to be acknowledged and stopped.”

The Straight Male Sex Workers of Japan Who Sell Their Services to Gay Men (MEL, via Medium)

From the article: “Japanese men can’t traditionally live openly as homosexuals. Many carry with them a great deal of shame, self-hatred and other negative feelings. So a large portion of what these boys are doing is more than just a sex act, which may only last for five minutes. In these moments — bathing with someone, being held by someone, having them wash their back and stroke their hair — customers are made to feel like everything is okay. That’s a big part of the urisen experience.”

From the story: “The Second Source, founded in November last year by 20 women journalists, particularly encouraged journalists to apply to the scheme if they were from currently underrepresented communities in terms of race and class. Nguyen says The Second Source is ‘inclusive’, ‘diverse,’ and ‘does try to understand people’s backgrounds and give them a chance at life’. She says of diversity in the media: ‘You can’t be what you can’t see.’ ”

The Trailer for Netflix’s “Insatiable” Is Being Criticized for Fat-Shaming Women (Claire Dodson, Teen Vogue)

From the article: “We accept that some of this this may come across as extreme and tone-policing, however the anti-trans protestors have a clearly demonstrated desire to portray transgender people as violent and abusive – a characterisation we all know to be absurd, however their previous activities show this is a common tactic. They will attempt to obtain photography and video which portrays trans people (trans women and assigned-male-at-birth nonbinary people in particular) as dangerous. At previous protests they have been observed attempting to photograph people’s crotch areas, obtain upskirt images, to goad people into reacting so that they can film and edit the response. PLEASE DO NOT GIVE THEM WHAT THEY WANT!”

Women’s Media Is a Scam (Josephine Livingstone, The New Republic)

From the article: “Once we had ads for shampoo—now we have sites pretending they aren’t secretly running a branding agency from inside their feminist publishing project. It’s like Coca-Cola trying to sell you self-care. Seen from its most depressing angle, the rise of these websites is part of a wider deterioration of choice, quality, and consciousness across the all media products branded ‘feminist’.”

From the article: “There are plenty of reasons why society treats the pain of young white men as a public concern. A great many of us learned from an early age that bad things happen when white men have hurt feelings. Children of color learn, often painfully, the importance of making the white people around them feel comfortable. Little girls are taught not to “provoke” their male peers into attacking or harassing them. This can get confusing for white boys, bless their hearts: when everyone else treats your hurt feelings as immovable facts that have to be managed by those around you, some confusion is understandable. That’s how we got to a position where male pain is intolerable, but everyone else’s pain is par for the course. I’m throwing truth-bombs, but you’re crying victim. Fuck your feelings, but make gentle, empathetic love to mine.”

‘He moved within 200 feet of my house’: How the bail system fails victims of sexual assault (i, Sarah Learmonth)

An author broke down “thin privilege” on Twitter (The Pool)

The image is used under a creative commons license with thanks to Khánh Hmoong on Flickr. It shows a seated person, half in shadow with their face just out of shot. They are wearing laced-up boots, a patterned skirt, a patterned scarf and what appears to be a long-sleeved grey top. They are holding a Nikon camera in their lap with the lens facing outwards.