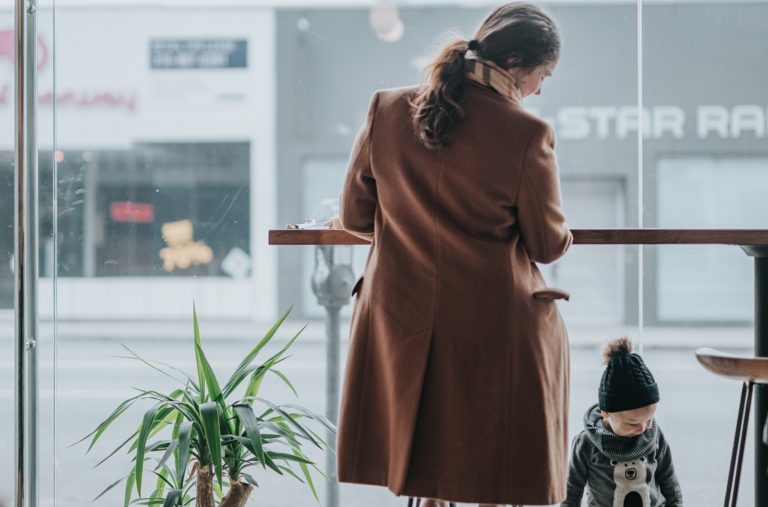 What employers can do to keep mothers at work

According to a recent study, nearly 30% of bosses wouldn’t hire a woman if they thought she was going to become pregnant soon, while 37% said that they would advertise positions only to men if the law allowed.

These sexist attitudes stem from two assumptions. One is that all women of prime baby-making age are just dying to push out a few kids, which couldn’t be more wrong. The other is that women are likely to take on the majority of childcare duties after having a baby and maybe even drop out of the workforce altogether — and unfortunately, they’re not completely wrong. Although according to the ONS, mothers with young children are more likely to return to or begin full-time work than 20 years ago, around 35% of UK mothers whose youngest child is a toddler aren’t in employment.

This isn’t because women are less dedicated to their jobs after giving birth. In fact, having a child can make women even more appreciative of child-free time in the office, where they can use their professional knowledge, talk to other adults and drink a cup of hot tea in peace. But outdated cultural attitudes towards working women and inflexible work arrangements can make getting the balance between work and home nearly impossible, which is why some mums may feel they have no choice but to give up on work.

That’s the bad news. The good news? There are things employers can do to retain hard-working mothers. And doing so is very much in their interest: businesses in the top quartile for gender diversity are 21% more likely to have above-average profitability than companies in the bottom quartile.

Do people need to be sitting in an office chair from 9-5? Probably not. Many jobs can be done from anywhere at any time, as long as you have an internet connection.

We need to start thinking about work as a thing you do, not a place you go. When employers offer flexible working options, staff have been found to be happier. Happier staff are more productive, and they tend to stick around.

So listen, employers: don’t make mothers choose between traditional office hours and family life. Find a schedule that suits both of you, because they’re worth it. These women didn’t lose their skills the second they produced a small human. Retaining their experience and knowledge of your company makes commercial sense.

There are lots of ways you can make your workplace more inclusive to mums, and if you do, you’ll be in good company. For one, Telecoms giant Vodafone offers 16 weeks maternity leave on full pay, while women have the option to work 30-hour weeks for six months when returning to work.

Stop assuming that women will be the primary caregivers

Part of the reason for this disparity is financial—the father is often the higher-earning partner, so it doesn’t ‘make sense’ for him to stay home. We have the gender pay gap to thank for that, along with the structural and social inequalities that make it harder to progress at work if you’re a woman.

There is also a danger of assuming that men will take a few weeks of paternity leave after their child is born and then get back to the office, because child rearing is the mother’s job, right? Employers may not consider the fact that fathers might need or want to share childcare responsibilities with their partner. A study by Timewise showed that 84% of men either already work flexibly or would like to, with the main reasons for workers wanting flexible work options including more opportunities to care for children.

The government introduced Shared Parental Leave to try to encourage a more equal division of childcare responsibilities between parents, but take-up among eligible couples is estimated to be as low as 2%. There’s still a cultural stigma about men taking time off from work, and many fathers fear that they will come across as less committed to their job if they ask to take leave, according to research conducted by law firm EMW.

But it doesn’t have to be that way. If employers start actively encouraging flexible working and shared parental leave applications from men as well as women, it could help fight the assumption that working part time or taking time off to be with your kid is a ‘mum thing’.

It’s not only up to employers, though. Fathers have a key role to play in changing the culture. If you’re a dad and want to work flexibly because you want to spend more time with your kid, be vocal about it. Challenge your employer and colleagues if they question your choice and work with your partner to try and define a situation that works for you both.

Female employees of a certain age might get pregnant. It happens. The human race has to go on and all that. Mothers can continue with their careers after giving birth and companies can continue to work with women who help their business grow and thrive.

The future is flexible. It’s time we embraced it.

Image is of a mother sitting at a cafe with her young son. She wears a smart, dark brown trench coat and sits up on a stool, watching over her son as he plays on the floor