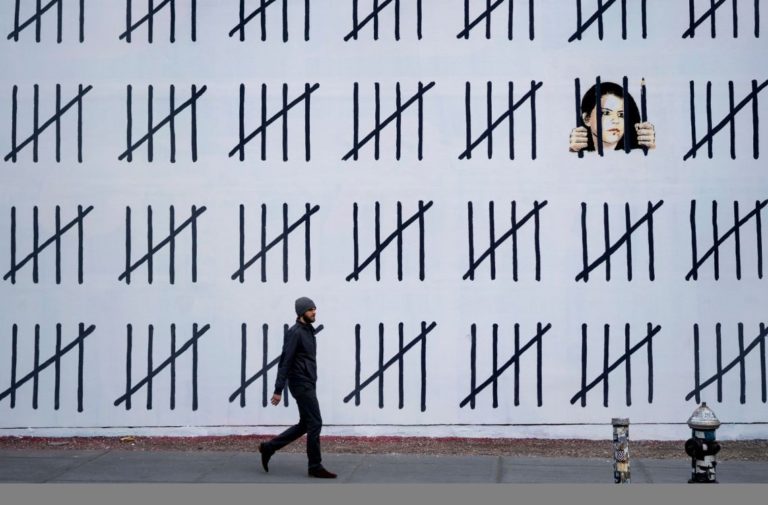 Jennifer Richards is communications officer at women’s mental health charity Wish, who work with women in prisons, hospitals and the community

Institutional sexism silences women in the workplace, the media and even in what are supposed systems of care such as the mental health system. That’s why it’s essential to support and implement gender-specific advocacy, which seeks to prevent women being labelled and boxed into services that don’t meet their needs. Women should be involved in decisions about their treatment and care and have a sense of control in an environment that they currently have little power in.

As a feminist mental health campaigner, it is vital to support all women in my work, including those who are often left on the fringes of the mental health system. With Wish, I work with women in prisons and those who have experienced the criminal justice system. Our work is often difficult to attract support for as the women we work with are frequently dismissed are ‘mad’ and ‘bad’ women, with women in the criminal justice system often being more harshly judged than men.

Almost two thirds of women in prison are on short-term sentences for non-violent crimes, while last month’s London Assembly Police and Crime Committee report found that many female prisoners have been victims of crimes themselves. It was also found that the reasons why women commit crime are often closely linked to problems like financial difficulties, drug and alcohol addictions and caring responsibilities.

It is vital to remember that women are often incorrectly placed in the criminal justice system and not given enough support for their mental health when in or leaving prison, with former female prisoners being 36 times more likely than the general population to commit suicide within a year of being released.

That’s why Wish began our Community Link Project in 2002, which supports women as they move from prison or a secure hospital into the community. This is essential when women are immediately released from prison, because as found by NIACE and SOVA’s 2007 report ‘Vision for Change’, one third of people reoffend within 48 hours if left without support.

One of the women we helped with this transition is Zahra*, who had spent time both in hospital and in prison for theft and burglary. She had schizoaffective disorder — a condition in which a person experiences a combination of schizophrenia and mood disorder symptoms — and had also been homeless for 25 years. It was important to have Wish fight in Zahra’s corner as professionals had expressed the opinion that she ‘wasn’t trying’. For someone who had been homeless for so long, it is very difficult to mentally shift from the state of living on the street.

A 2012 New Economics Foundation study of women’s community services, such as the Community Link Project, found that “Over a three-month period, 44% of women demonstrated a measurable improvement in well-being. The greatest increase in wellbeing was in the area of autonomy.”

Our latest project, the Women’s Mental Health Network, is also about giving women autonomy. We created the Network to address the lack of understanding of women’s mental health needs and to encourage a gender-specific approach. This particularly means looking at a woman’s past experiences and how they could have affected her — 53% of women with mental health issues have experienced abuse. In 2011, the Ministry of Justice found that a disappointingly low number of the offenders’ managers showed empathy for the women they supervised.

While the National Mental Health development unit in 2010 identified an urgent need to move towards provision of genuinely personalised services for women, just a third of NHS trusts said they provided gender-sensitive services.

We want to drive forward these gender-specific services to give women with mental health needs a voice, and to address institutional sexism by giving women autonomy within the mental health system itself.

As with all areas of feminism, it is often about ‘passing the mic’ to raise the voices of those more marginalised than yourself, and it is no different being a truly feminist mental health campaigner. We want the Network to give women with mental health needs a voice, and to campaign for the changes they most want to see in the mental health system. That’s why we are currently in the consultation stage of the Network, inviting women who have experience of the mental health system to identify the top three issues within service provision that need to change. Wish will then be developing user-led campaigns to improve these issues, which we will take forward at a national level.

If you would like to help us turn up on the volume on women’s mental health, please share our consultation to ensure that we hear from as many women who have experienced the mental health system as possible. You can find the consultation here.

*Name has been changed

Image is a crop of a larger wall mural, painted by British artist Banksy, protesting the incarceration of Turkish artist Zehra Dogan. The painting shows systematic rows of tally marks, with Zehra’s face appearing behind one set of marks as if they were jail bars. It is used here for illustrative purposes only.