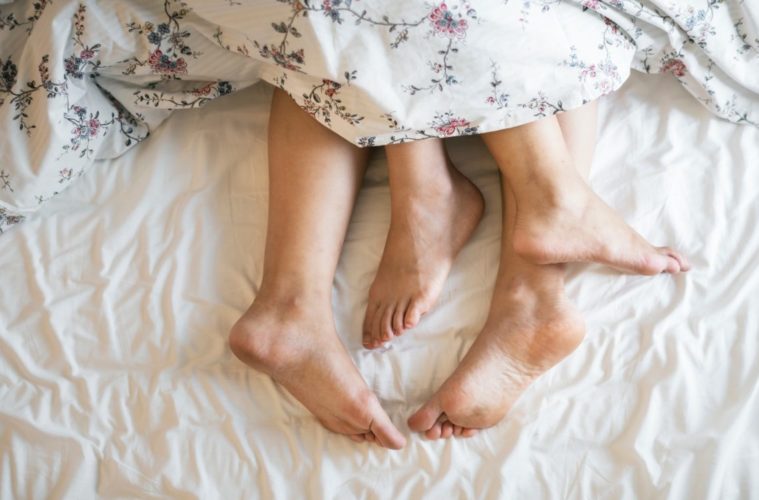 A call to start talking about sexual orientation differently

Our society’s attitude towards sexuality and relationships has changed rapidly over the last decade. The LGBTQ+ community has grown dramatically, and there are now terms to cover almost all sexual preferences. What’s more, conversations about sexuality have now become mainstream.However, in many cases, the terms used to describe a person’s specific preferences, and reasons for such, are still inaccurate.

A study was conducted and released in the UK that claimed most women are attracted to other women. The study used pupil dilation to measure sexual arousal in 200 women, and found that, despite most women identifying as straight, their pupils dilated when looking at both men and women. Thus, the study declared that most women are rarely straight; they are either gay or bisexual.

However, most of the participants in the study identified as straight, so despite most being attracted to other women this does not mean that every woman would actually ‘go there’ with another woman. This may be because as well as sexual preference, a person’s romantic preference may influence whom they choose to have sex with, thus also affecting the sexual orientation they use. Romantic preference is defined as the sex or gender with which a person is most likely to have a romantic relationship or fall in love. Some women may not have any romantic attraction towards other women, so would not choose to have sex with them and would therefore identify as straight.

I do understand that there is a difference between sex and romantic relationships. We live in a time where sex is not necessarily attached to relationships or marriage and the idea of casual sex is widely accepted. Yet, it must remain evident, that our romantic preferences and our idea of who we want to ‘be with’ might have an influence over whom we actively seek for sex as well as relationships. If sexuality/sexual arousal and whom you actively choose to get with are different, then shouldn’t we be talking about them in that way?

Sexual arousal and sexual attraction to individuals are generally influenced by how a person looks and acts, so driven mostly by desire and sex hormones, which is different to romance and love which is driven by the individual’s personality and the couple’s chemistry. You could characterise them as lust and love. Still, the words used for sexuality: heterosexual, homosexual and bisexual, are used to encompass both lust and love.

The long history of societal oppression against anything that is not heterosexual means the dialogue around the intricacies of sexuality has been relatively brief. The acceptance of same sex relationships is relatively new in the UK. Also, attitudes towards casual sex and relationships are constantly shifting and updating. Yet, the words we use and the way we talk about sexuality still do not serve to explain people’s preferences and choices. For example, a person may be asexual yet have a romantic relationship, or a woman may be bisexual, attracted to men and women, but never choose to be with a girl because she only likes the idea of being romantic with men. The words asexual and bisexual do not provide an adequate explanation for these people’s choices.

I am making a shout out for the terms heteroamorous, biamorous and homoamorous to be more widely used. These are terms which indicate a person’s romantic preference, so whom they date or fall in love with. For example, a man may be bisexual, having sex with both men and women, but homoamorous, dating only men. If these terms were used, then the expressions heterosexual, bisexual and homosexual would only be used to explain attraction and sexual relations. Using these labels more widely would help to explain the choices people make when it comes to sexual interaction.

In some cases, the choice to pursue a particular romantic preference rather than a sexual one may come from a wider societal influence. There is a vast history of oppression and discrimination against homosexuality which can also lead to an internalised fear of how a person may be treated by being in a ‘homosexual’ relationship. Thus, providing a distinction and changing the use of language will provide a platform to help us open up the discussion and further address the issue of internalised fear around same-sex relationships.

Creating a distinction between sexual and romantic attraction could change the way we talk about sex and relationships and, in turn, change the way we think about them. This could potentially lead to the validation of sexuality, revolutionising the way we interact and offering a new way for people to express their preferences and choices.

This article was written by Florence Drayson.

The featured photo is courtesy of Unsplash and was taken by Rawpixel. It shows two sets of feet peeping out on a bed with the rest of the legs covered by a duvet. Only the lower half of the bodies are visible in the shot.