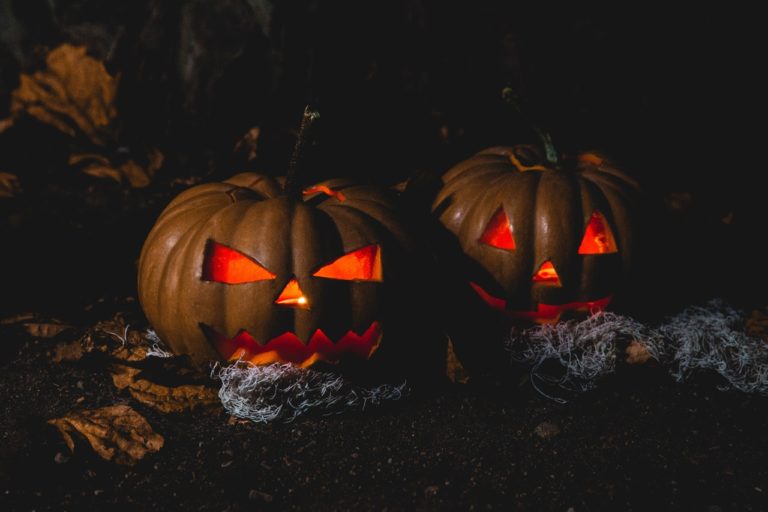 Chills and Thrills: Comics for Halloween

Whether you like to trick or treat or worship with your fellow Wiccans, Halloween has become an international phenomenon. It’s associated with the thinning of the fabric between this world and the next, reconnecting with your ancestors and Samhain celebrations; wherever you are in the world, autumn is the time of year for ghosts, ghouls, witches and shadows. But however you like to spend Halloween, it’s a time for stories, so here are some of my favourite supernatural feminist comics to fit the mood.

Women with power have always been terrifying to the patriarchy, and women with supernatural powers even more so. We see it throughout history from the witch trials to Hollywood horror films, where female ghosts are always scarier than male ghosts. If you fancy curling up with some monstrous ladies, here are a few.

Moonstruck by Grace Ellis
Set in Blitheton, a small college town populated with fantasy creatures and humans living side by side, Moonstruck follows werewolf barista Julie as she finds love with fellow werewolf Selena. Unfortunately, the course of true love never did run smooth, and while on a date Julie’s centaur best friend Chet gets cursed to be … human! This is a wonderful comic with great intersectional diversity and a queer romance that will make you happy.

Monstress by Marjorie Liu
After surviving a cataclysmic war between humans and Arcanics (the children of humans and Ancients), Maika Halfwolf traverses a dangerous world looking for answers about her mysterious past while trying to remain one step ahead of those who are hunting her. Liu has created a world of art deco beauty and steampunk horror, and it’s no surprise this series has won a British Fantasy Award, as well as multiple Eisner and Hugo awards.
Wicked Witches
Witches have always been counter-cultural, whether they were offering herbal remedies to people in their villages who didn’t have access to ‘scientific’ medicine of the time (or just didn’t fancy maggots) or simply being single, opinionated and not subservient. They’re portrayed as everything from helpful and wise to evil and malicious, and if you feel like a selection of all the above these are my recommendations.

Spells on Wheels by Kate Leth
If you weren’t aware of how much you wanted a comic about millennial witches on a road trip I don’t blame you, because neither did I until Spells on Wheels came out. When Andy, Jolene and Claire find their home ransacked, they set off to retrieve their stolen possessions and end up strengthening their friendship and dealing with past trauma. An excellent book that centres on female friendship and bad relationships.

The Chilling Adventures of Sabrina by Roberto Aguirre-Sacasa If this title seems familiar, it’s because a Netflix series based on this comic has just been released. Sabrina is mostly associated with the wacky teenage TV show that ran in the 1990s to early 2000s, but this comic takes it back to its 1950s origins and swaps the laughs for horror. Caught between her unearthly destiny as a witch and her mortal boyfriend, Sabrina Spellman decides to break the satanic rules and have both, with ghastly results. This comic is for readers looking for something genuinely scary.
Mostly Ghostly
Restless, vengeful, scary, sad, stuck (or just someone who would have got away with it if it hadn’t been for you meddling kids), ghost stories come in as many forms as the ghosts themselves. If it’s a haunting story you’re after, check these out.

Kim Reaper by Sarah Graley
Bekka came to university to study fine art and stare at girls, and is succeeding in at least one of those things. Kim is “a 100% cutie with a booty”. But when Bekka follows her after class to invite her to a party she accidentally stumbles into a death portal and discovers Kim’s part time job as a Grim Reaper. Follow the hilarious adventures of Bekka and Kim through this world and beyond! This comic made me laugh whilst also delving into the complexities of being able to want a relationship on terms that work for you.

Friends with Boys by Faith Erin Hicks
Maggie’s life is complicated; she’s about to attend high school after being home-schooled her whole life, and her mother has left without explaining why. Also Maggie is being followed around by a ghost for no discernible reason. But maybe she can get her brothers to talk to one another again and stop the haunting with the help of her new friends. A book that makes you ache with love and grief, and is sweet without shying away from the complexities of life and death.
A Cauldron of Many
There are so many supernatural legends and mythologies in the world to choose from, so why settle for one? If you’re a fan of short stories and want a collection of tales to tell this Halloween, then an anthology could be perfect.

Tabula Idem: A Queer Tarot Anthology
A collection of queer short comics all based on the Major Arcana of the tarot deck, where the creators were allowed to pick their card but left to interpret how they wanted to translate them into a story. This anthology gives the meaning of each card before as the title page for each comic, and once you’ve made your way through the wonderful collection it even gives you a guide on how to do your own tarot reading spreads.

Wayward Sisters: An Anthology of Monstrous Women
An anthology celebrating a collection of female and non-binary characters who are all a little bit monstrous. This collection is a wonderful mixture of 25 stories that range from tragic to hilarious, heart-rending to spine-tingly creepy, and spotlights the work of non-binary and women creators.