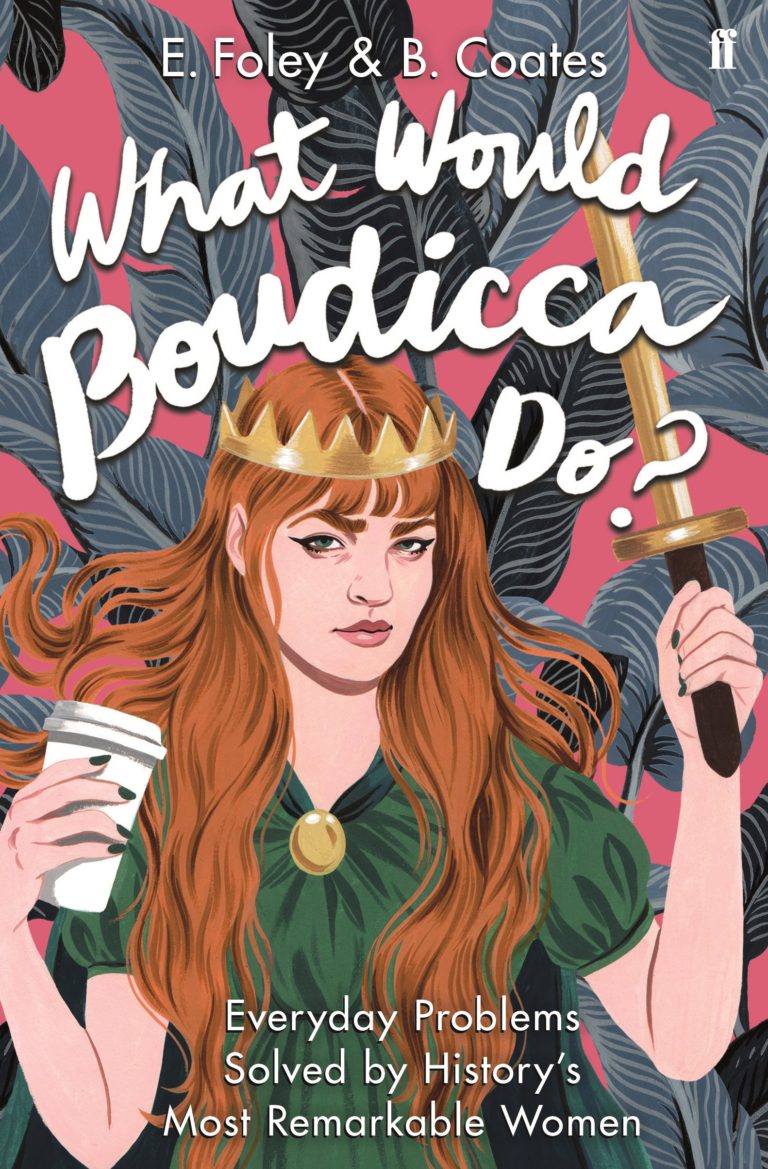 Flawed and fabulous women through time Authors of the best-seller Homework for Grown-Ups, Elizabeth Foley and Beth Coates have rounded up an anthology of 50 inspiring badass women throughout the ages who have contributed a great deal to the feminist movement, even if they weren’t recognised or appreciated for it at the time. The result is the book What Would Boudicca Do?

Wrapped in a chic Bijou Karman designed jacket are over 300 pages detailing the founding mothers of sisterhood; the women who set the wheels of change in motion and who gave virtually no fucks in the process.

What Would Boudicca Do? goes as far back as Cleopatra’s reign over Egypt, before jumping to Frida Kahlo and her fascinating life of colour and expression, and then onwards to Betty Ford and her not-quite-First-Lady-like ways of living. These women lived their lives how they wanted to, without regard for the contemporary societal standards dictating how they should behave. What Foley and Coates attempt to demonstrate are the similarities between their time and ours, and more importantly, how we can learn a thing or two from our pioneering foresisters.

Starting off with the title character, Boudicca, the book begins with the queen of the British Celtic Iceni tribe who led a horde of men into battle against the occupying Roman forces in around AD 60. Why? Because after her husband died, his estate was forcefully taken, her daughters were raped and Boudicca was flogged mercilessly. I’d say that’s a pretty good reason to lead a revolt, wouldn’t you? The death of Boudicca remains something of a mystery, although it’s believed she poisoned herself after a failed battle – living and dying on her own terms.

“The idea for Boudicca came to us after the women’s marches in January last year around the US inauguration,” explain Foley and Coates when I speak to them about the book. “On the marches, people were holding up signs identifying as ‘Nasty Women’ in response to Hillary being called this. This gave us the idea for a book celebrating nasty women from the past.”

What Would Boudicca Do? is a beautiful collection of flawed and fabulous women through the ages, each contributing to the equality we’re still striving to achieve today

The women selected for this collection, although invaluable to the women’s movement, were flawed in some or many ways, which is something the authors don’t shy away from: “These women have dark sides, so we don’t paint them all as saints, even though each of them has made important contributions to the world,” say Foley and Coates.

The authors explain to me that social movements emerged as they wrote the book. The best example of this is the #MeToo campaign, which led the authors to link this to some of their entries, like Boudicca and Hedy Lamarr: “The fact that so many of the women in the book who lived many years ago dealt with issues that still remain today was eye-opening, but it’s also really positive to see how far we’ve come.”

While the authors’ extensive research and careful curation has produced a well-rounded list of women from a variety of backgrounds and cultures, I found the flow of the book disrupted by the lack of sensible order. With timelines crossing over and a lot of flipping to and from women to identify the links established by the authors, it would have been more reader-friendly to have a chronological layout so, as a reader, you’re moving through time with these women.

As I moved towards the latter end of the book, however, I felt frustrated: frustration that there were only 50 remarkable women in this collection and frustration that it felt over too soon

However, What Would Boudicca Do? is a beautiful collection of flawed and fabulous women through the ages, each contributing to the equality we’re still striving to achieve today. Because of the highly readable entries, it’s easy to pick up at any time and get stuck in. I’ve found it to be an excellent tool for reference, with enough information on each woman to whet the appetite and spark embers of intrigue.

As I moved towards the latter end of the book, however, I felt frustrated: frustration that there were only 50 remarkable women in this collection and frustration that it felt over too soon. And, yet, a new-found bubble of inspiration and hope simmered beneath the surface. Foley and Coates seem to anticipate this frustration when they mention that, “One of the hardest parts of the book was bringing the number of entries down to just 50 … we have a list of 293 other possible inclusions called ‘Spare Ladies’ which we’d love to go back to.”

My admiration for these women stems from not only their incredible actions and initiatives, but also because, in many cases, they executed them during eras when there was still very little regard for women’s rights. Foley and Coates have thoughtfully brought together a diverse collection of women, and recounted their significant impacts on the feminist movement while injecting a modern-day spin. For the sake of feminists everywhere, let’s hope that volume two is just around the corner.

What Would Boudicca Do? is published by Faber & Faber and is available to purchase as an eBook and hardback from all good book retailers.

The image used is the book jacket designed by Bijou Karman. It shows an illustrated depiction of Boudicca with long red hair, a gold crown and a green dress or shawl secured with a gold brooch. Boudicca is wearing black nail varnish and is brandishing both a sword and a takeaway coffee cup! The background is dusky pink with what appears to be a green plant design. The title ‘What Would Boudicca Do?’ and the authors’ names, E. Foley and B. Coates, appear above the illustration. At the bottom of the cover are the words “Everyday Problems Solved by History’s Most Remarkable Women”.