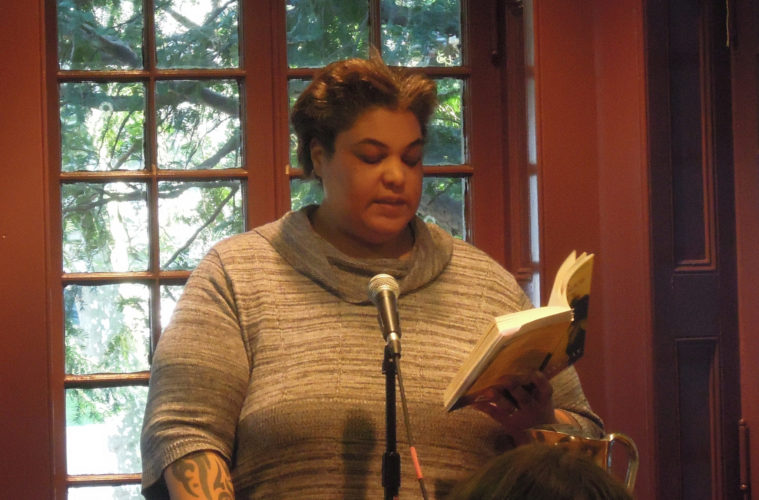 Charlotte Barnes reads Not That Bad: Dispatches from Rape Culture – a collection of accounts of rape and sexual assault edited by Roxane Gay – and finds it painful and troubling but also timely and necessary When I told friends that my most recent read for review was Not That Bad: Dispatches from Rape Culture, edited by Roxane Gay, the announcement was invariably met with a cautious look and a sharp intake of breath – and rightly so. The book is a compilation, featuring 30 contributing authors who discuss their individual experiences with rape culture through different narrative styles. There are some contributions that take on an academic tone, providing detailed research and referring to well-documented discussions that already exist around the subject of rape culture. Meanwhile, there are other contributions that read like creative non-fiction, crafted with a beautiful turn of phrase that still never allows the reader to escape the undercurrent of threat and concern that, understandably, sits beneath the collection as a whole.

In her introduction, Gay herself discusses at length how this project came to be, commenting not only on the pervasiveness of rape culture, but also how victims of rape, sexual assault and violence have been told to situate themselves within this culture. She comments on society’s habit of dismissing instances of sexual assault; instead trying to convince victims that their experiences are ‘not that bad’ in comparison to the experiences of others: “As I got older, I met countless women who had endured all manner of violence, harassment, sexual assault, and rape. I heard their painful stories and started to think, What I went through was bad, but it wasn’t that bad.” Gay’s own writing and the writing provided by the contributors to this release discusses the ‘not-that-bad’ concept at length; analysing, interrogating and – thank goodness – eventually dismissing it, branding it as an inappropriate response to rape culture.

A worthy element of the collection that warrants comment and discussion is the sample of authors that Gay works with. Far from only including the experiences of straight, cis people, the collection features work from a diverse range of contributors, giving LGBTQ+ and non-binary authors a place in which to voice their own experiences of assault.

The broad range of experiences and styles of writing that form this collection is another note-worthy element. Some authors deliver frank and academic discussions of rape culture – such as Michelle Chen’s ‘Bodies Against Borders’, wherein the author details the realities of rape for immigrant women and children. Others allow their work to take the form of a personal essay, making for distinct and memorable tones. There are so many pieces in this book that struck a chord with me that it feels nearly impossible to name only a few to illustrate the bravery of the authors. If I were pushed, I would have to draw attention to Brandon Taylor’s ‘Spectator: My Family, My Rapist, and Mourning Online’ which opens with: “One of the men who raped me, W., is dying from cancer, and I’m watching it happen via Facebook.” The beauty of Taylor’s work is that it shows rape culture as it is – all around us. Social media offers no escape for this individual and this idea is returned to by a number of other authors in the collection too, making for an interesting social commentary.

To do the book justice I would need a two-hour-long podcast special where I, at length, praised each individual for submitting such painful stories and making them into something informative, beautiful and entirely necessary

Another piece that resonated with me – while also illustrating rape culture from a vastly different perspective – is Lyz Lenz’s ‘All the Angry Women’. The author recounts her experience of running a support group of sorts, where women could attend and voice their anger without judgement. The author unashamedly admits, “I needed to find a place to feel angry”, and she explains how sharing this rage with fellow women who also experience it has become an empowering albeit emotionally-taxing experience. Lenz encourages women to set their anger down somewhere – “Put your anger here, my friend. Put it on this couch next to mine.” – and to freely feel rage towards a society that seemingly allows rape culture to continue unchecked. In a world where we are judged for our anger, being given permission – no, in fact, being encouraged to feel it – was an essential and empowering concept for me, and it has stuck with me since my first, and second reading.

This review cannot – unfortunately – facilitate an in-depth analysis of each essay featured in this book. Truthfully, I think to do the book justice I would need a two-hour-long podcast special where I, at length, praised each individual for submitting such painful stories and making them into something informative, beautiful and entirely necessary – which is precisely how I would describe this collection to anyone who might ask.

Perhaps unsurprisingly, Not That Bad is not an easy read: it is emotional, it is troubling, but it is also absolutely essential

Anthony Frame’s ‘I Said Yes’ opens a heart-breaking discussion about how the author’s wife could pin-point his years of abuse, simply from looking at childhood photographs. In ‘Picture Perfect’ Sharisse Tracey discusses her family dynamic and how it didn’t shift an inch, even when her own father raped her; even when she told her mother what had happened; even when she reached further afield and told others. To close the collection is Elissa Bassist’s ‘Why I Didn’t Say No’; an essay that opens with: “Because I thought love and sex were supposed to hurt.” Bassist repeatedly alludes to the commonly held idea that love and sex must be painful, they must try us physically and mentally for them to be true. She concludes her discussion around these deeply held beliefs by recounting an appointment with a new gynaecologist who asked Bassist when she’d given birth: “… she said my cervix was shredded and looked like I had.” Bassist goes on to note this experience as “proof of force”, commenting on how proof was necessary for understanding what had happened to her – as though living through such a traumatic experience hadn’t quite been proof enough.

By incorporating such varied experiences and voices, Not That Bad achieves the very goal that I believe Gay hoped it would: it illustrates how broad and pervasive rape culture is in today’s society, it highlights the many forms in which rape culture manifests and influences people’s behaviours and, perhaps most troubling of all, it highlights how oblivious many individuals are to this state of play. Perhaps unsurprisingly, Not That Bad is not an easy read: it is emotional, it is troubling, but it is also absolutely essential to those looking for further information about rape culture, including personal details on how this social construct is negatively impacting many individuals who find themselves living within it. A brave publication, Roxane Gay and the contributing authors have created something special here, and it is a book that I urge you to read, re-read, and pass on.

Not That Bad is edited by Roxane Gay and published by Allen & Unwin. It is available as an eBook, an audiobook and in paperback.

The main image is by kellywritershouse on Flickr. The image is of Roxane Gay reading from a book onstage. The second image is the cover of Not That Bad. It is a simple black cover with the title and editor name (Roxane Gay) in white font. The word ‘That’ is underlined with a yellow line as if to emphasise it. The sub-title ‘Dispatches from Rape Culture’ appears in a yellow, smaller font to the right of the main title.