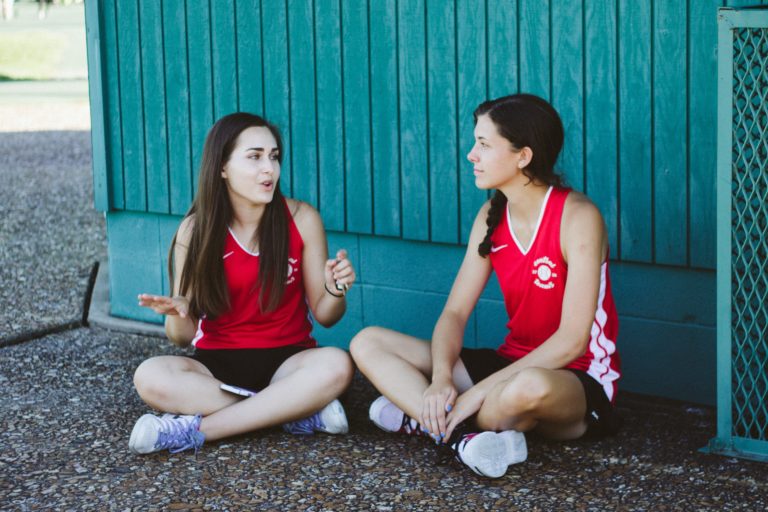 Earlier this year, Ironman UK (part of an international brand of triathlons considered the toughest single-day endurance events in the world) announced its significantly less challenging sister race, ‘Iron Girl’. Iron Girl would be open to “women aged 16 and up” as a sideline to the main event. Ironman (open to all, despite the name) consists of a 2.4-mile swim, followed by a 112-mile cycle and a full 26.2-mile marathon. It’s the Holy Grail of triathlons. Iron Girl would consist of a 5 km run … and that’s it. That in itself is not to be sniffed at, but apparently the organisers didn’t see the flaw in promoting a women-only fun run at about 2% of the scope of the main race. Fans on Twitter were quick to object to the patronising implications of a sideline 5 km event for women touted as being for ‘girls’. To their credit, Ironman UK soon apologised and rebranded the side event, ditching the ‘Iron Girl’ name and making it open to all.

While this was seemingly only a little glitch, it revealed a wider problem in sports: the underestimation of female ambition and capability. Being sidelined and patronised still happens across the board, from entry level to elite competitions. For example, the Swiss cyclist Nicole Hanselmann – part of the Bigla Pro Cycling team – recently had her lead compromised by disorganised race officials, who forced her to stop for seven minutes after she came too close to the back of the men’s race. She finished the race in 74th place.

Even as a non-elite distance runner, there are everyday frustrations. Hydration packs designed for trail and fell runs are supposed to fit snugly around your back and shoulders, but at the accessible price range, they are standardised at sizes too large for women, or have inconveniently positioned chest straps. When I tweeted Decathlon UK about the lack of women’s hydration packs on their site, they didn’t respond, apparently not considering it important enough to even acknowledge. The assumption seems to be that not enough women want to be ultrarunners (despite there being quite a lot of female ultrarunners), and so it becomes a self-fulfilling prophecy of exclusion.

I had been conditioned to see my body as an ornament, rather than an instrument

At least Ironman UK were quick to admit their mistake and correct it. These should be easy problems to fix, so why aren’t they being addressed elsewhere? Runner Maud Hodson set up a petition last year asking that the English Cross Country Association equalise their championship race distances, which are currently set at up to twice the distance for men. She felt it was important not to downgrade the women’s events by setting a low bar. “Girls are conditioned from an early age not to aim high, not to challenge themselves,” she said. “And this is part of an insidious message that keeps girls and women in their place.” The English Cross Country Association appeared dismissive in their response, saying that race distances were determined by the individual competition providers.

The underestimation of women carries through to the sportswear industry. Despite all the “this girl can” ad-speak, if you wander into the women’s section of any sportswear shop, after your retinas have recovered from the onslaught of fluorescent pinks, you might notice that there is generally less ‘stuff’, designed to do less in. The bread and butter of women’s sportswear seems to centre around stretching in overpriced crop tops. My nearest branch of Go Outdoors dedicates just over half the amount of wall space to women’s footwear as it does to men’s. I find it hard to believe men go outdoors twice as much as women. Of course, you don’t need specialist gear to do most things, but the disparity in attention paid to women’s sporting needs can be telling.

Lucy Fry in Run, Ride, Sink or Swim (her memoir about her initiation into the world of triathlon racing) discussed the lack of breast support in trisuits. Lucy’s triathlete friend, Paula, advised her to cut out the inner layer of the trisuit to fit a sports bra underneath. She writes that “Paula tells me she has written to manufacturers to ask why triathletes with larger breasts are alienated in this way and requesting they make a suit with better support. But she’s never had an answer.”

Lucy also complains about the fact that women-only triathlons generally cover much shorter distances. “Women,” Lucy writes, “need to shout louder, to insist that those of all body shapes can be sporty, and that we can, in fact, go the distance just as readily as men.” But if these blind spots are partly attributable to a relative lack of demand and lack of complaint, clearly more needs to be done to unpick the wider reasons behind the ‘feedback loop’ of women’s self-exclusion and industry oversight. Why are women continuing to self-select, in particular, out of the ‘tougher’ sports?

From my perspective, getting into sports was a crucial aspect of feminist education. I had been conditioned to see my body as an ornament, rather than an instrument. I started running and training to lose calories, to get bits of my body off, to decrease. Gradually, the focus shifted to gaining strength; cross training; increasing lung capacity, endurance and muscle; entering races of greater distances – increasing. I am not, and never will be, a particularly fast runner, but the kinds of distances I could get myself along with leg and lung power started to surprise me – covering wheels-and-engines-distances, without the wheels and engines.

The way my body and mind responded to training was revelatory. During one summer run, looking up at a canopy of trees along a wooded path, blood thrumming, headphones blaring, I realised I was strong and getting ever stronger; the difference is that men are more often told to expect this about their bodies anyway; a latent strength is assumed to be there waiting to be revealed.

Even at a gym in 2019, we are being force-fed a dated, masochistic fetish of female fragility and self-denial

A quick Google search for books on ultrarunning or on triathlons reveals a male and white bias, which continues even after you scroll past the books by famous elites to the more general advice and training manuals. The proto image of an inspirational endurance athlete is a shirtless, sweaty Ken doll, standing proud on a mountain or running on a desert road. There are all kinds of people who are ignored by this imagery who needn’t be, including men who don’t look like this. You don’t have to be Ken to run a marathon or up a hill.

For women getting into training and looking for specific advice or inspiration, however, the marketing is often more pedestrian, geared towards the idea that the reader just wants to look her pertest or skinniest, or to undo too many glasses of wine. A frequent assumption is that generally, women are less dedicated and have little sporting ambition beyond self-correction, which is a corrosive assumption because it feeds back into our own ideas about how women should be and what they should aim for. The implication is that while men need mountains to aim for, women just need a bit of general ‘fixing’.

The dull, puritanical cult of Instagram gym selfies and gym marketing doesn’t help. A friend recently posted a photo of a slogan painted on a wall at her new gym, which read “greasy fries or skinny thighs?” Even at a gym in 2019, we are being force-fed a dated, masochistic fetish of female fragility and self-denial: calorie-deficit weakness as a sloganised sporting goal, with looking skinnier as the only finish line you should need. It’s not good enough.

Ironman UK’s announcement happened the same week that Edinburgh-based ultrarunner Jasmin Paris broke the record for the Montane Spine Race: a 268-mile race across the Pennines.

She became the first female winner, beat the previous record by over 12 hours and stopped to pump breast milk for her daughter along the way. Granted, this is a uniquely amazing feat, but this is what women can be capable of, and we need a cultural overhaul in helping more women reach their sporting potential. Women shouldn’t be told yet again to stop eating and get a thigh gap. We don’t need special sideline girls’ fun runs to further cement the gender disparity in endurance athletics. We need our potential to be better acknowledged and better catered for.

After the race, Jasmin Paris said in an interview, “I hope for my daughter to grow up happy and kind, and to believe she can do anything she sets her heart on. If this race helps her and others to do that, I consider it a job well done.”

While women may have different needs and strengths compared to men in different sporting fields, women in sports at all levels deserve to be taken seriously, and to be encouraged to take our own potential seriously, too.

Photo by Andrea Tummons on Unsplash. This shows two sportswomen talking. They are both sitting cross legged on the floor and wear red vests.