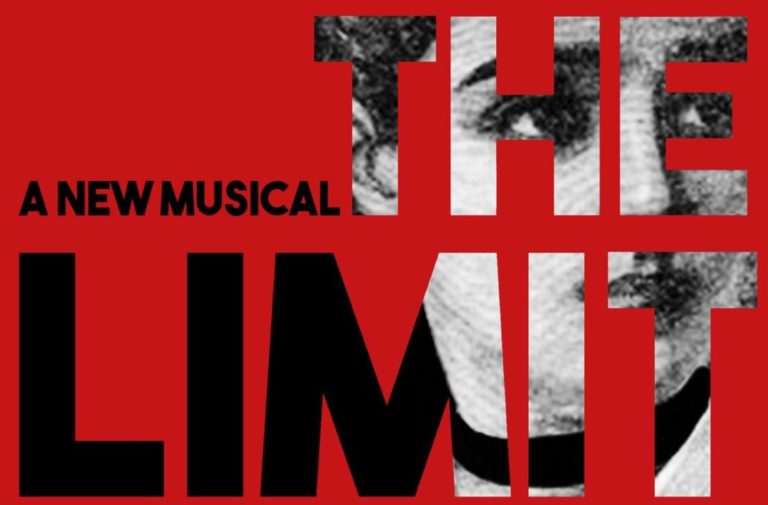 Here’s a story for you, last year I bought a bunch of tickets when a sale was on; two of the shows I had wanted to see for a while and the other was something I had never heard of, that I instantly felt would be amazing or terrible. The tickets were a fiver so I thought, why not? I offered a friend the other ticket to all of them and she turned them down, so I ended up going to see an almost unheard-of musical called Six, about the lives and historiography of Henry VIII’s six wives, with my cousin and we had a great time. Fast forward around a year and historian Lucy Worsley is writing a double page spread about it in The Times and it’s getting a heap of nominations for the Olivier Awards.

Here’s the end of that story: the same friend asks me if I’ve heard of this new musical called Six and if I want to go with her to see it?

As well as being a chance to boast about my hipster musical credentials, I also want to highlight the shift that is happening in the genre. Anyone who’s been lucky enough to go the Edinburgh Festival Fringe in the last few years can testify to the fact that musicals have been getting more and more popular there. From Vulvarine, a fun superhero romp that was also on at the Vault Festival, to Buzz: A Musical, about the invention of the vibrator, the content is clever and often about marginalised people and subjects. With Six’s breakout into the big leagues, I think we are on the verge of seeing this new wave of musicals hit the mainstream, and I for one welcome their coming. They are not so much breathing fresh life into the genre as going in with an industrial size fan. Why is it that when I go to a big, expensive, glossy West End musical I often end up having to pick it apart afterwards to work out why certain characters or parts of it made me uncomfortable? I was forced to ask myself this after I was lucky enough to get to see another brand-new musical at the Vault Festival recently. As the lights went down and the sound came up, I was delighted by one of the best performances I have seen in a while.

The Limit, a pop-rock musical about the life of Sophie Germain, a mathematician who died in 1831, was fun, emotional, clever and deeply feminist without having to try. The highs and lows of a brilliant woman who wants to further the field of mathematics and contribute to humanity, but gets blocked at every turn, was a celebration of a life while being painfully real. Despite the angering content, it was for the most part brilliantly comedic, with catchy and intelligent songs of which I wanted a soundtrack the moment I left. I wish this show all the best, and hope that it soars to great heights, as anything that can evoke and explain complex maths with song and dance should.

Musicals are a funny genre, that over the last century have ricocheted from popular to sneered-at and then back again, so this is hardly the first revival or new era of musicals, but the shows all tend to age poorly given enough time, making new ones often necessary to the genre’s survival. Andrew Lloyd-Webber and Tim Rice knocked out a series of smash hits, until they went their separate ways several years ago, but while I loved Phantom of the Opera as a teenager it was a chilling experience as an adult, with the female protagonist given the choice of a manipulative and violent man or a more traditional marriage and the end of her career.

Similarly, I went to see Company recently, and while the gender flipping of the roles was quite interesting it was still at times a very uncomfortable experience. The relationships were often unbalanced, touching on toxic, and I failed to see how they convinced the protagonist she wanted to get married, as it did the opposite for me! Despite it’s very fancy set and lighting, it still didn’t hold a candle to The Limit, or Six.

Sondheim’s brand of ‘edginess’ often feels like misogyny in the 21st century, and his ‘true to life’ portrayals of relationships seem to normalise toxic relationships

Sondheim is often still held up as a genius of musical theatre, and while I know his musicals were revolutionary when they first came out, they often strike me as dubious now. As well as writing Company, he also wrote Into the Woods, where every female character bar one is killed, seemingly in poetic punishment for whatever misdemeanour they have committed. It is very in the style of the Brother’s Grimm, which would perhaps be less galling if all the men were punished for their failings by losing women (and special mention to the Witch who manages to lose her daughter and get killed, thus getting punished twice). This illustrates how Sondheim’s brand of ‘edginess’ often feels like misogyny in the 21st century, and his ‘true to life’ portrayals of relationships seem to normalise toxic relationships. Musicals have often been the purview of traditional romances, damsels in distress, men’s actions being excused by emotions and unquestioned but dubious happy ever afters. But it is also a genre that evolves: learning from past iterations, preserving the shiny things, but ultimately shifting to move ideas forward. The number of adaptions of books and films (Chitty Chitty Bang Bang, Matilda, Lion King, Waitress, and almost every Disney film to name just a fraction of them) demonstrate that they are massively influenced by cultural and social norms.

Cultural and social norms are always shifting, and what people want to see shifts too. With the breakout success of Six, both in terms of audience numbers and award nominations, I hope that the concept of what counts as a ‘success’ changes too. We still have a way to go to shift the traditional powers that exist in musical theatre: The Guardian’s Alexis Soloski’s recent review of Waitress claimed it was unrealistic that a woman would stay with a partner that abused her, despite this behaviour being tragically normal.

But if six long dead queens can rise up and brutally take down their tyrant via song, then I will continue to hope for this new wave of musical theatre to make its way to the audiences it deserves. I hope we get to see The Limit on Shaftesbury Avenue right next door (or even in the place of) Company.

The feature image is an excerpt from the poster for The Limit from Bottle Cap Theatre. It shows the words “A NEW MUSICAL” in small black capital letters next to “THE LIMIT” in larger capital letters against a red background. A black and white image of the face of Sophie Germain can be seen through the letters.

The first image in the text is a publicity image for Six by Idil Sukan. It shows six performers in glitzy Tudor-inspired outfits singing into handheld microphones on stage. This photograph was found on the Six website and is used here under fair dealing.

The second image in the text is a production shot of The Limit. It shows the stage from a distance back in the audience. On a fairly clear stage, from left to right there is a small band, someone wearing a black skirt and white shirt facing the audience, three people wearing dark clothes and long white socks sitting on a bench and a globe model of the world.