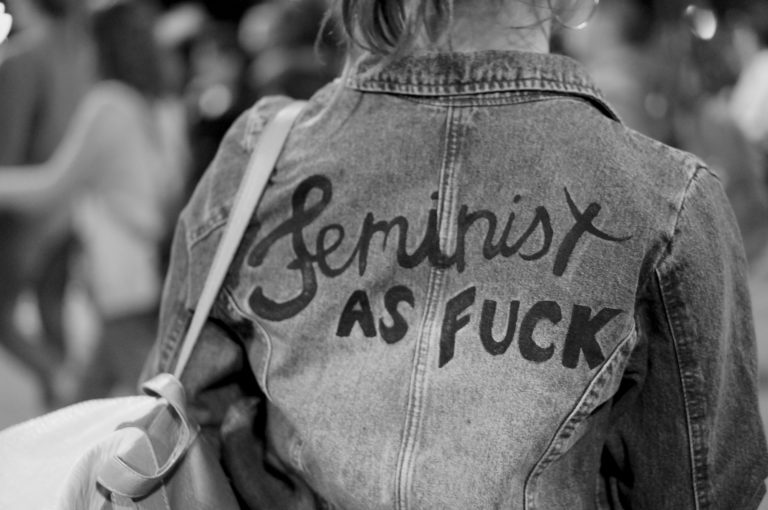 A letter from Liv Little on the future of gal-dem (Liv Little, gal-dem)

The shocking rape trial that galvanised Spain’s feminists – and the far right (Meaghan Beatley, The Guardian)

From the article: “Despite the festival’s progressive intentions, feminist organisations branded it demeaning. Janice Williams, chair of the activist group Object, said the films on show promoted ‘degradation and oppression’. Rude Jude, one of the festival’s organisers, disagreed. ‘This is the next step on from the moral panic and the rightwing conservative groups that protested this kind of thing before … Britain likes to think of itself as a place tolerant of queer people, but when queer people assert ourselves, we’re attacked.'”

Go, Greta. Autism is my superpower too (Jack Monroe, The Guardian)

From the article: “I am frequently told by men that I am aggressive and difficult, awkward, and unapproachable, traits I put down to being a bit butch and a lot gay – but perhaps there is more nuance to it than just fragile masculinity. I know, too, that I can be wild, intense and distant, methodical and chaotic all at once. Yet there is clearly something about bold, neurodivergent women and girls that prompts powerful men to scrape the sides of their own putrid barrels of opinion to attack this ‘terrifying’ otherness.”

From the article: “On the issue of trans rights, LGBT and feminist campaigners alike have pointed, repeatedly, to inaccuracies in reporting and comment pieces, and yet the same inaccuracies have appeared again, and again, and again. It seems to me that no meaningful or useful conversation can begin from a starting point of misunderstanding.”It is, I believe, this misunderstanding which has fuelled so much of the debate on the issue, to the point where the same misconceptions have been shared and repeated by elected representatives. Many people who perhaps gave little thought to the issue of trans rights, or to the existence of trans people at all, until the past year or two are now concerned and inclined to oppose practices which have been taking place for some time, such as the inclusion of trans women in women-only services.”

From the article: “I could’ve smiled back at this stranger, and perhaps it would’ve all been over and we’d have been allowed to go on our way. Allowed – that word is doing some heavy lifting there. But I had no way of knowing the outcome. What if I smiled back and he took it as a come-on, or decided he didn’t like my smile, or one of another hundred potential conditions or criteria I had no hope of satisfying. Was I going to die here Why should I smile back, to order, anyway? What a disgusting compromise to make, to be commanded to brighten someone’s day at the expense of your own.”

From the post: “Many people love to spread rumors saying that I have people ‘behind me’ or that I’m being ‘paid’ or ‘used’ to do what I’m doing. But there is no one ‘behind’ me except for myself. My parents were as far from climate activists as possible before I made them aware of the situation.

“I am not part of any organization. I sometimes support and cooperate with several NGOs that work with the climate and environment. But I am absolutely independent and I only represent myself…”

“We demand that the WEP and its collaborators destroy immediately all footage obtained illegally inside clubs and apologise to the dancers. Dancers have made it clear that they don’t need rescuing, They need a dignified workplace where they can earn a living to support themselves and their families.”

And all who sail in … it? The language row over ‘female’ ships (The Guardian)

From the article: “Lissy Lovett, editor of the online feminist magazine, The F-Word, said: ‘At a time when transphobic rhetoric is being repeated in mainstream newspapers … people in Northern Ireland still don’t have access to safe, free abortions and when the majority of people living in poverty around the world are women, I just can’t see this as that big a deal.’”

The image is used under a creative commons license with thanks to Encuentro de Feministas Diversas on Flickr. It is a black and white photograph of a person with their back to the camera. They have a bag slung over one shoulder and are wearing a denim jacket with the slogan “Feminist as Fuck” on the back.