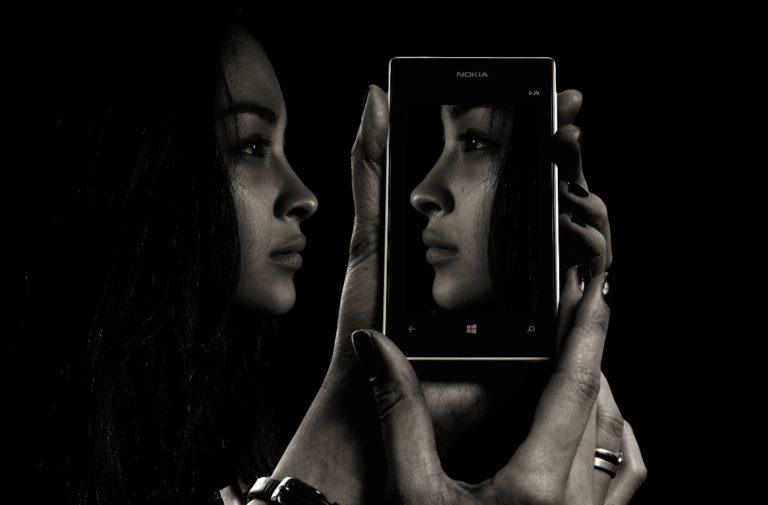 The concept of imposter syndrome has always seemed problematic to me. I suspect that, like other apparent ‘women’s issues’ such as apologising too much and unwittingly typing the word ‘just’ in emails, it often serves as fuel for sexist and femmephobic concern trolling. Along with all that tiresome business advice urging us to ‘lean in’, it seems to me that mainstream discourse about imposter syndrome all too easily ends up individualistically focusing on a particular symptom – and, in turn, the person experiencing it – rather than its causes. In other words, it zooms in on the person who isn’t feeling a sense of ‘belonging’ in their area of work and/or interests and looks to fix them, rather than trying to fix the most likely culprit behind this kind of discomfort: discrimination. Crucially, this applies to all forms of oppression, as well as sexism (see this study focused on the impact of racism, for example).

I recently had the opportunity to talk about some of this when I took part in a discussion on BBC Radio Scotland’s Mornings programme in response to Nicola Sturgeon chatting to Sunny Goven Radio’s Anne Hughes about her experiences of imposter syndrome.

One aspect of the Anne Hughes interview that was put to me by Mornings’ presenter Laura Maxwell was Nicola Sturgeon’s point about the importance of accountability and the role imposter syndrome might have in “keeping yourself grounded”. This resonated with me because, while I reckon there’s an unfortunate scope for popular culture to twist this idea to conservative ends (e.g. idealising self-doubt in women in particular) it also reminded me that the arrogant ‘Type A’ personality we’re taught to associate with leadership is actually dreadful and not to be emulated.

I’d say applying these principles to ourselves and refusing to posture as all-knowing is a matter of intellectual pride as well as fairness. To an extent, this feeds into something Laura Maxwell said to me about the programme typically asking several women to contribute, all of whom say no, before coming to a man who immediately says yes. I imagine a lot of self-help gurus would suggest this happens because women simply lack confidence, but there’s nothing wrong with not agreeing to speak about anything and everything, regardless of whether you’re genuinely interested in the topic or know anything about it!

I’d suggest that, for women, being widely encouraged not to trust our own judgement is often the problem, regardless of whether we’re deemed to have ideas ‘above our station’ or patronised as typical self-effacing ladies. If we happily declare “I’m the best person for the job!”, there will often be someone ready to dismiss us as boastful and let us know we’re not actually anything special. But if we fail to take opportunities (regardless of our reasons) it seems there will always be some self help guru waiting to lightly troll us for our apparent reticence. As ever, a problem for those of us seen as ‘other’ is that there’s always someone else ‘helpfully’ popping up in to decide what’s best for us.

‘Imposter syndrome’ is an area where genuinely useful pragmatic advice ends up merging with the deeply conservative idea that we shouldn’t impose on society or those with privilege if we feel uncomfortable in any way. We’re told “If only you had more confidence and stopped being so polite!” when, in practice, it would actually be considered most impolite to say “I’m good at what I do but I feel alienated and I don’t think that’s on me.” Then, of course, we’ll be told to “stop blaming others and take some responsibility”. It’s a form of gaslighting.

Self-doubt doesn’t just come out of nowhere and the sooner we stop perpetuating the implication it does, the sooner we can dismantle the societal structures that make us feel like we don’t belong.

The black and white image shows a young brown-skinned woman looking to the right, where two hands hold up a smartphone showing a mirror image of her face on the screen (looking to the left, to face her). This image is in the public domain, under a CC0 P licence and is free for personal and commercial use, with no attribution required.