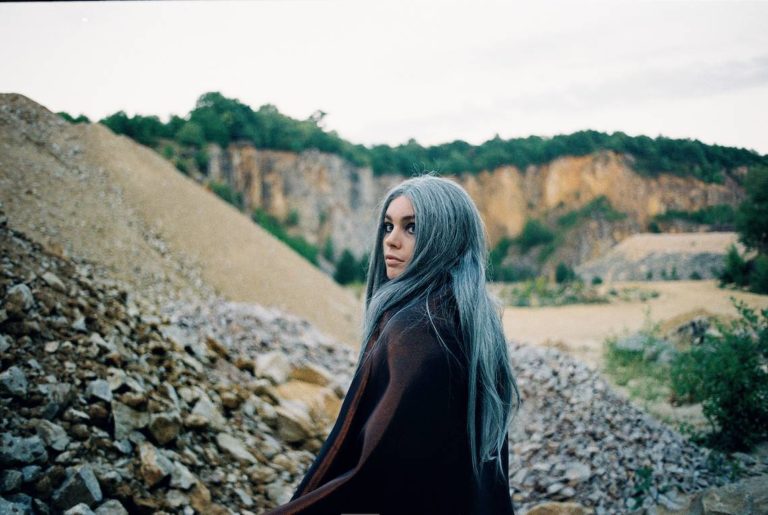 People talk a lot about overcoming fear. It always sounded like this nice thing, something worth considering, something people seemed very proud to talk about and pursue for themselves, so I always listened to people’s stories with one ear open, in case I could learn something good. But it never felt like a story I identified as my own until I became a mother.

My pregnancy became this intense and deep detox, shedding all my fears. I would have dreams in the night and see all of my deepest fears play out in front of me. I would wake up feeling energised and set free, eager to give birth and meet this little soul who felt so strong and determined already, almost as if she was simply renting my body on her way to get here and get on with her life.

I feel that pregnancy and creativity go hand in hand. To me, giving birth and creativity are the same thing. Becoming a mother and becoming an artist are two journeys that one must commit to if they are going to be successful. Has music always been my baby? Is my baby girl made from the same energy?

I wrote endless music while I was pregnant. I was terrified my creativity would leave me and I would lose who I was. Seeing mums in the street pushing huge prams around filled with all kinds of things as if the world would end and they needed to bring their entire house with them for a walk? No no, that’s not me. Going to the doctors and being given ‘presents’, boxes full of vouchers and discount cards for crap that no one needs to buy? No no, refuse all attempts at being turned into a stereotypical mum. Babies just need love, right? I would come home and play the piano: Keep playing, just keep playing, don’t lose who you are.

About a year and a half after the birth of my baby girl, I moved out of Berlin to the nearby forest, and I received five test presses of a piano album I had recorded while I was pregnant. My baby girl was asleep, so I made a coffee and put the record on my deck to listen to. After I’d checked a few of the copies she woke up and came in. She heard the music and came and touched my tummy and said “mama”. For her, this music was me, it was the sound of her mother. She instantly recognised the piano as home.

For me, becoming a mother and being an artist go hand in hand. The music business feels very different now. I see a lot of people trying to find themselves, feeling lost like I did, simply trying to find their way. I hope that people around me can feel nourished by my mum vibes. Running my own label business and working as a musician have taken on a totally new meaning and sense of purpose than before. I think I can now also join that bunch of fear-facing people who have a story to tell.

Emika’s album Falling In Love With Sadness is out now

Image of Emika by Bet Orten. Emika is depicted standing outside near some rubble with green hills in the background. She is turning to face the camera