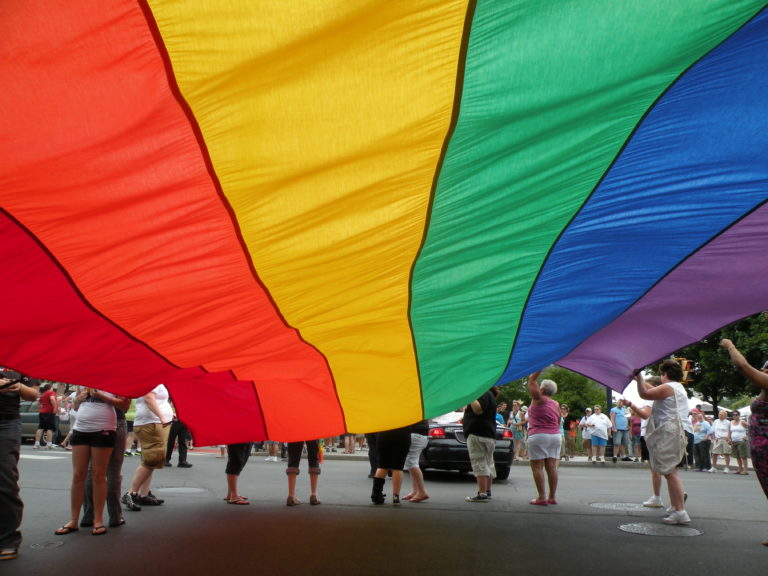 Tree. A Story of Gender and Power in Theatre (Medium, Tori and Sarah — Co-Creators of ‘Burn Bright’)

These Are the Radical Roots of British Gay Pride (JS Rafaeli, Vice)

The image is used under a creative commons license with thanks to Kate on Flickr. It shows a number of people, possibly at a Pride march, carrying a large rainbow flag.