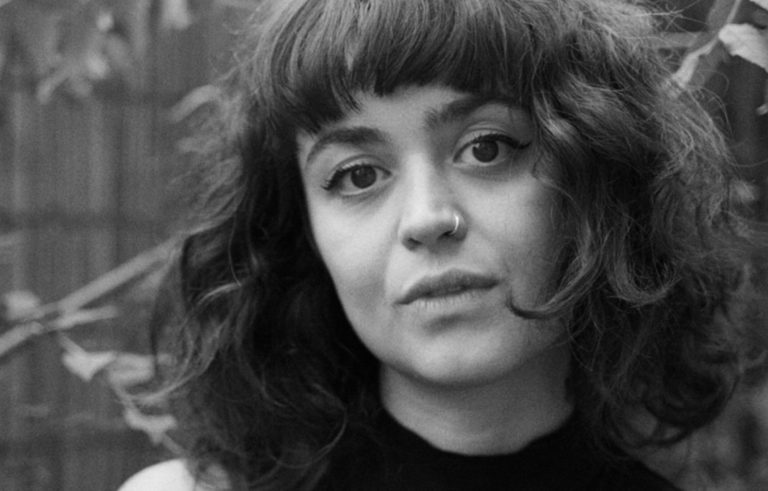 An eccentric and lingering snapshot of millennial womanhood

Ruth Beadle’s partner of ten years has just left her. All that remains is the weekly shopping list she wrote before he broke the news. The novel goes through that list, each item forming a chapter title, as Ruth navigates her post-breakup life. During one of the earliest list items – apples – we start to get a sense for what the relationship was like:

There are many ways to cut up an apple. Throughout our relationship, I’d engineered myself to occupy as little space as possible so that he could be as large as he liked. He was always prodding the world as if it were a piece of fruit, seeking out that soft, yielding spot.

Most of the book is written in this vein, but parts are interspersed with chapters from Neil the ex (an abhorrent narcissist) and Alanna (her oldest acquaintance who can, at best, be described as a frenemy). All of them pivot around the before and after of the central breakup.

While the relationship’s breakdown is at the core of the novel, it’s not Ruth’s only source of melancholy. She also appears to have an eating disorder and an unaffectionate relationship with her mother. She’s considered strange by colleagues and is frequently rendered invisible by her own behaviours and the people around her. All in, at 30 years of age, she’s fresh out of luck. As the author introduces snippets from her childhood and school days, it becomes clear she had little to start with.

In case it wasn’t already apparent, Shelf Life is not a happy book. That’s a warning for anyone embarking on the novel but it’s not meant as a deterrent. In the character of Ruth, Franchini harnesses the bleak contradictions of interior and exterior millennial womanhood; it’s as scathing as it is sad. At points, Ruth behaves too oddly to seem real but at others, her actions ring painfully true. Though it’s not a cheerful or in any way conventional read, through a delicate balance of sharp and tender character portraits, it somehow works. These portraits of the central character and those surrounding her build a narrative about isolation which is at once unpleasant and strangely gripping. Ruth doesn’t have friends and seems incapable of understanding or enjoying the company of others. Neil is constantly looking for something better, newer, more exciting. His chapters expose the creepy but desperate internal monologue of the brooding ‘nice guy’. Add to that the abandonment of elderly people in the care home where Ruth works and many iterations of loneliness emerge on the page.

At times, Franchini uses technology to present some of this loneliness. Chapters of MSN messenger chats hark back to early 2000s adolescence, while text exchanges show the stilted development of digital intimacy. Without being an overt part of the plot, these features of the novel hint at an idea about how the affordances of the technology we use influence the way we communicate with and perceive one another. They raise questions about whether technology facilitates affection or exacerbates isolation in an already disparate world.

On a baser level, the digital exchanges provide comic relief. The elaborate thread of letters and symbols in MSN names and the awkward back and forth of dating site chats show something starkly funny about online intimacy. Finding the humour in the tragic is the main source of laughs throughout the book. In some cases, it works well as an extension of the story’s overarching scepticism but, occasionally, there’s an uncomfortable sense that anyone’s a target. A regular source of this humour comes from two colleagues who are helping Ruth to ‘plan Alanna’s hen-do’:

They tell me about make-up sessions. Then a trip to Ibiza that seems too costly. It has been tacitly established that I am in charge of the budget – an appropriate task that appropriately corners me in the role of the spoilsport. They suggest an Alice in Wonderland Mad Hatter’s Tea Party, a sleazy-sounding spa retreat and an Ann Summers get-together that seems too risqué for the range of ages and people involved.

This caustic account of 21st century pre-wedding ritual is one example of Franchini’s coded social commentary. Ruth’s eating habits are the source of another. Although the novel is structured using a grocery list, she consumes very little. The roots and possible resolution of her eating disorder are left unexplored however. I initially find this frustrating. I want to get to the core of her habits and see them fixed. But the more I read, the more I interpret her behaviours as a representation of the broader disordered relationship that exists societally between women and food.

It goes without saying that eating disorders aren’t ubiquitous or exclusive to one gender but, for me personally, Ruth’s relationship with food is a magnified example of something I’ve seen across a lot of the women I know and love. We are conditioned to obsess about what we eat and what we don’t eat, walking the tightrope of restraint, wellness and performative gluttony every day. Ruth’s behaviours are severe and unique but in part, they reflect a universality which resonates with me. They contribute to a broader gendered commentary at work throughout the novel.

Though unsettling at times, the unrelenting rawness of Shelf Life forms its brilliance. Franchini shows how, in the contradictory isolation of the city, many remain lonely as their lives graze and bump with others each day. The novel is a bold and uncompromising addition to experimental women’s writing, exposing truths at every turn. It’s not comfortable but really, that’s fine – it’s not trying to be.

Shelf Life is published by Transworld Publishing and is out now in the UK.

The first image is a headshot of Livia Franchini in black and white. The second image is the book cover which is a peach background with a blue egg box holding a single egg. The title of the book and the author’s name are on the cover. Both used with permission, courtesy of Transworld Publishers, Penguin Random House UK.