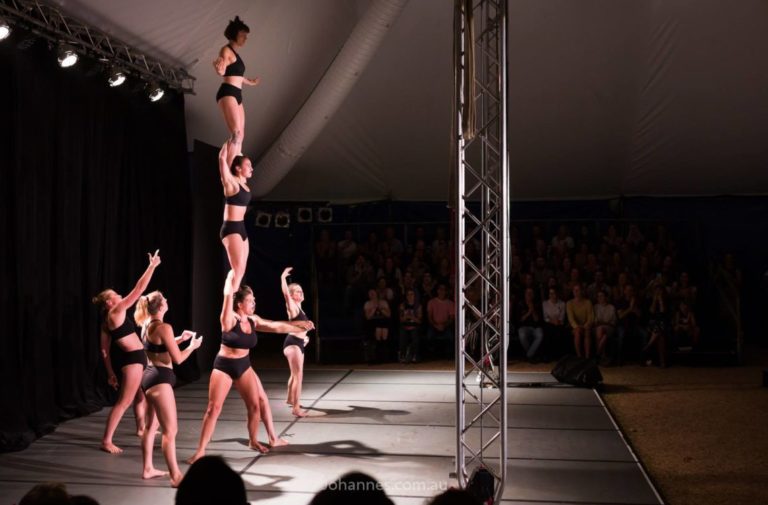 I was four years old when Myra Hindley died and she helped Ian Brady kill all five of their victims years before my parents were born, and yet their crimes are so deeply embedded into the UK’s consciousness that I know the case as well as if I had been alive to see it. Which was why I was so interested in the one-woman show exploring the life of a woman branded “the most evil woman in Britain”.

Lauren Varnfield who wrote, directed and stars in the play is exceptional, and you can tell the level of research and dedication she has put into this production. Playing the infamous Hindley on stage is a truly difficult task. By revealing Hindley’s horrific abuse at the hands of Brady (I notice for the first time what appears to be a fading black eye in the mugshot I know I have seen hundreds of times), she offers not sympathy for Hindley but instead truly opens up a discussion about what someone is willing to do to survive.

The use of multimedia throughout further enriches the audience’s understanding of this incredibly complex tale; the audio recording of Brady and Hindley torturing a sobbing Lesley Ann is particularly hard to listen to. These images ground us in reality as Varnfield pulls us deeper into Myra’s own fantasy, and being left with the faces of the five child victims projected on the stage at the end of the play reminds us of what was really lost. YUCK circus opens with the seven women performers striding around the stage with socks stuffed down their pants and moustaches drawn on their faces; they’re doing a very good impression of around 75% of all-male circus companies with their bravado demonstrations of acrobatics and acrobalance. It’s a terrifically good show with later sketches making fun of at overwrought plays about periods, online gendered abuse and cheesy chat up lines.

Midway through one performer asks us if we really thought we’d get through an all-woman circus show without someone doing aerial and someone singing and what follows is a hilarious sketch with one performer playing the guitar and singing while another performs on straps – both doing these things badly in the way only people who are actually really good can.

The only criticism I could possibly make of YUCK Circus is that it’s a little light on circus content (which the show itself acknowledges) but the comedy and social commentary more than make up for this. Sadie Clark’s debut play is a wonderful look at the trials and tribulations of living life in the social media age and trying to be enough, whatever enough is. Described aptly as a bisexual Bridget Jones for the online generation, this one-woman play follows character Brooke in the weeks leading up to her 30th birthday and the chaos that ensues.

Clark’s performance as Brooke deserves praise for bringing both humour and poignancy to Brooke’s life. I laugh throughout and leave feeling like I’ve been punched with emotions. I particularly like how, while Algorithms deals with the biphobia many bisexual people experience, that isn’t the central conflict of the story (I cannot tell you how refreshing it is to see a story about a queer character which isn’t entirely about them being queer.)

Brooke lives a full life, and struggles with work, love and her relationship with her mother, and this last relationship is ultimately what the play circles around. From Brooke’s acceptance of herself, to seeing her past romantic relationship as the less-than-stellar experience it really was, to the final confrontation with her mother Algorithms is a beautiful journey to see and take with her.

If there’s one message to be taken away from Josephine, it’s that we are all complex people who deserve love, and we all need to stand our ground and fight when we can in a world that still has many, many issues Josephine, much like the person it’s about, achieves many incredible feats: it’s a one-woman musical that has you hooked from the start with a story that covers most of the 20th century and stays narratively compelling, and most importantly it brings to life one of the most fascinating stars to ever tread the boards. Tymisha Harris is enchanting as Josephine Baker, bringing both humour and sensuality to this extraordinary woman, along with all the joys and lows Baker experienced in her incredible life.

From the start, I am hooked and can’t take my eyes off Harris. From Baker’s early life during race riots to her death as a star, including times as a political speaker, spy, parent, lover and beloved of the world, Harris takes us on the journey of Baker’s great successes and turning points – taking in the moments she ran away to the times she decided to fight. What she conjures is a masterpiece of a complex woman trying to succeed and love in a world that often wanted the opposite for her, and makes us fall in love with her along the way.

Despite a glorious life well lived I cry at the end. If there’s one message to be taken away from Josephine, it’s that we are all complex people who deserve love, and we all need to stand our ground and fight when we can in a world that still has many, many issues. A piece of nearly non-verbal physical theatre from Russian company Alyona Ageeva’s PosleSlov Theatre, Adriadna draws on Greek myth in an attempt to say something about the modern world. The performers – four women, two men – move about the stage in a serious, slow way making very deliberate movements which seem imbued with meaning. Despite a written and spoken introduction at the start and a list of scenes however, I struggle to follow whatever message or metaphor their movements are meant to be conveying.

Adriadna is described by the company as touching on “gender, body and its objectification”, but it’s not clear that it’s saying anything new at all about these subjects. The main protagonist of the piece is a man, and three of the women make up a supporting chorus seemingly without characters of their own. Not only that, but all the women are basically naked while the men are not, and all of the cast are attractive by current patriarchal beauty standards. Naked beautiful women supporting a clothed man’s story does not seem to be very ground-breaking to me.

However, I cannot in general fault the performers’ commitment to the piece or the professionalism of the delivery, even if I question why particular choices have been made. Prepare for Fiona Goodwin to take you on the ride of your life, through her life. From growing up deeply religious, through a very unsuccessful exorcism (she ends up with more demons than she came in with), taking in rainforest Bible plays, jet-set holidays and a move to LA, Goodwin’s life has taken her on some extraordinary twists and turns and to some amazing places. It is a joy and a privilege to go on her journey with her.

Goodwin’s continued disbelief at what has occurred matches the audience’s own; closeted women have thrown themselves into her arms and cried, and religious figures and therapists have said some very odd things. A life in reflection must always be a strange thing to confront, and Goodwin deals with her own with wit and vivacity that welcomes you to confront it with her. Despite her measured tones as she tells us all this, she has lived an incredible life, and I am very pleased that she is now happy to call herself a “Very British Lesbian”, and hopefully help some of the rest of us out of our own closets.

Image 1 is the show poster for Myra. It shows the famous mug shot of Myra Hindley, tinged red. Across the top of the image are four laurel wreaths indicating awards wins. Further down the image is the name of the show, a quote from Hindley: “I was a normal human being for 18 years before I met Ian Brady” some review quotes and then the time and place information for the show.

Image 2 and the feature image is of Karla Scott, Georgia Deguara, Brooke Duckworth, Jessica Smart, Abbie Madden, Emily Mcdonagh and Ella Norton of YUCK Circus and is by Johannes Reinhar. It shows the company on stage in a circus tent. They all wear black pants (with socks stuffed down the front) and sports bras and are performing an acrobalance move where one performer stands on top of another performer who is herself standing on two others.

Image 3 is of Sadie Clark in Algorithms and is by Ali Wright. It shows the performer wearing a party dress and holding a karaoke machine into which she is happily singing. She is lit in blue and pink light and the stage is dark behind her.

Image 4 is of Tymisha Harris in Josephine and is by Jake Rouse. It shows Harris on stage singing into an old-fashioned microphone. She wears a pale blue one shouldered gown and has finger curls in her hair.

Image 5 is from Ariadna and is credited to Shaun Conway. It shows one performer on the left holding up a white mask in front of another performer to his left. They wear minimal black clothing and the background behind them is very dark.

Image 6 is from A Very British Lesbian and shows Fiona Goodwin in a three-piece suit and high heels standing in front of a white background. She holds a bowler hat in one hand, a cup of tea in the other and an umbrella is hooked over her arm.