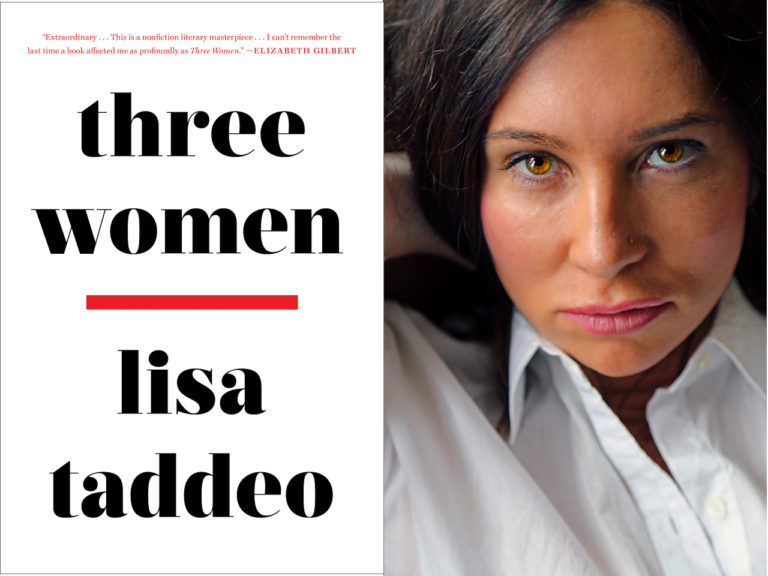 An investigation of desire In Three Women, Lisa Taddeo tells the stories of Maggie, Sloane and Lina. Maggie recounts a secret ‘affair’ with her high school teacher which ends in the court room, Sloane has sex with others while her husband watches, Lina tries to rekindle a teenage romance after the breakdown of her marriage. Though these narratives stem from women’s experiences, the Three Women project started as an investigation into male desire. In the prologue, Lisa Taddeo writes that at first “the force of all male desire, captivated me. Men did not merely want. Men needed”. But this initial strength spends itself too quickly for her liking and she begins to find their stories insubstantial: “Whereas the man’s throttle died in the closing salvo of the orgasm, I found that the woman’s was only just beginning.”

She goes on to repeat the worn-out notion that women experience more mysterious, complex and nuanced desire than men; a fairly facile conclusion to reach at the close of an eight-year project. Her next point intrigues me more and I am disappointed that it is not developed through the book. She writes that a woman’s desire can, in fact, be just as “bullish” as a man’s. In other words, occasionally women, like men, desire something they can actually get. Unfortunately, this bores Taddeo. She likes it most when the object of desire starts acting like a subject, which, in turn, transforms our desiring subject into the object: “But the stories wherein desire was something that could not be controlled, when the object of desire dictated the narrative, that was where I found the most magnificence, the most pain.”

Bearing in mind our patriarchal, heteronormative, late-capitalist culture, Taddeo might be mistaken to rely on the old idea that women have an inherently more “beautiful, violent” desire than men. Their experience of desire has likely been complicated, or frustrated, by the other roles they are expected to play. Society is still tipped steeply against women. To take one obvious example, a man achieving success in both professional and family realms is rarely taken as unusual, whereas the rare wonder of a woman ‘having it all’ remains a widely used trope.

The problem is not that these stories aren’t believable, or that they aren’t recorded with loving, if slightly voyeuristic, attention. The problem is that they tell us nothing new

To give her credit, Taddeo does go into rich and carefully crafted detail to expose the patriarchal mechanisms that allow these inequalities to continue in the stories she tells: the heart-breaking way in which everyone prefers to trust Maggie’s teacher, Aaron, if only because it is uncomfortable to imagine that the ‘Teacher of the Year’ could do something so inappropriate to a vulnerable girl; a bitter story of Lina’s financial entrapment in a cold, emotionally barren and sexless marriage with the father of her two children; the ostracism that Sloane suffers by other women once news of her unconventional marital arrangement spreads.

The problem is not that these stories aren’t believable, or that they aren’t recorded with loving, if slightly voyeuristic, attention. The problem is that they tell us nothing new. In fact, the book is more reductive than illuminating when considering the nature of women’s desire, as it only (as many reviewers have already bemoaned) describes the experiences of three white American women. Hardly a representative sample.

Where Three Women succeeds is in sensitively and minutely describing the structural inequalities that inhere in our status quo. In spite of that, I can’t help but feel that it would be more interesting, more revealing and more helpful to unearth instead the similarities between men and women’s desire that the author touches on ever so slightly in the prologue. Given that our society is still rigged in men’s favour, and tailored predominantly to their desires, would it not teach us something more interesting about desire itself, as experienced by real individuals, if the work focused on how women’s desire occasionally overcomes these hurdles and plays a dominant role?

If Taddeo had found and described those exceptional situations where women feel as autonomous, comfortable and ‘in control’ of their desires as men have typically felt, when the imbalance of power is no longer meddling, we might learn what is particularly distinct about women’s desire

If we would prefer to accept the – highly contestable – idea that there is an inherent gender divide in desire, it might be worth remembering what Kate Millett wrote in Sexual Politics: that we will only ever learn about the particularities of women’s desire once women and men are treated differently, by which she means the same. If Taddeo had found and described those exceptional situations where women feel as autonomous, comfortable and ‘in control’ of their desires as men have typically felt, when the imbalance of power is no longer meddling, we might learn what is particularly distinct about women’s desire. Taddeo chooses not to do so, which makes her otherwise impressive collection of data rather bleak reading.

For the sake of fairness, it should be noted that elsewhere in the book Taddeo does imply that her primary aim is to give voice to the present plight of women, so that others in similar situations could find comfort in not being alone. This she has achieved, and the empathy with which she relates the stories does go some way to destigmatising women pushing against the strictures of marriage, heterosexuality and monogamy. But, there is a very palpable lack of a positive message, or plan of action. The book stays firmly tied to what Taddeo admits was her interest in the first place – desire ultimately controlled by men. At no point in the three narratives do any of these women manage to reach a satisfying level of agency or authenticity in following their wants and needs.

I am ready to hear the stories of the ‘bullish’ women, the ones who live up to their own desires, or at least display some sort of agency

The ‘happy ending’ reserved for Sloane – the happiest of the three – is her acknowledgement and gratitude that she has a husband who she wants “above all others, and he wants her above all else”. I would agree, this sounds like a worthy achievement. But her case fails to convince, and comes across more as a tacked-on, self-protective resignation, since we have just learnt that her one – unfulfilled – desire was for her wonderful husband to do the dishes without her asking, while she has been having sex with multiple men, of his choosing, and without much enjoyment, to fulfil his desires for the past decade.

I, for one, no longer find it revelatory to read about women giving up on their own desires in order to accommodate those of their men, or even their children. I am ready to hear the stories of the ‘bullish’ women, the ones who live up to their own desires, or at least display some sort of agency. In disregarding them with the masculine epithet ‘bullish’ and throwing them on the rubbish heap with men unfairly reduced to orgasm-chasers, Taddeo risks entrenching the long-lasting stereotypes of the status quo.

As a parting note, I would like to suggest a book that tries to address the difficult questions surrounding desire and power more deliberately. Katherine Angel’s philosophical memoir Unmastered asks: “What is it to define, or even to know, our desires – to identify which are our own, and which result from a kind of porousness?” Angel references Susan Sontag to explain ‘porousness’ as the soaking-up of other people’s desires, to the point at which you are no longer able to identify whether they started as yours or theirs. How can we distinguish, given the murky nature of human relationships, someone else’s wants from our own? Should we? Three Women side-steps these thorny questions by focusing on women who are not only unable to pursue their own wants, but often fail to identify them. We sense their inkling that something about their situations doesn’t feel quite right, and that perhaps, ‘thinking clearly’ they might act differently. But at no point in Taddeo’s work is there a genuine interrogation of what might happen were these women to think clearly, and act bullishly, for once.

Three Women by Lisa Taddeo is out now in eBook, audiobook and hardback. It is published by Bloomsbury.

The photograph of the author shows Taddeo looking directly at the camera. She is wearing a white collared shirt and has one arm raised and held to the back of her head, as if holding back her loosely tied dark hair. Her eyes are an amber colour, she wears a nose stud and her expression is bold and defiant.

The cover of the book is a simple design. The background is white and the title and author’s name appear in bold, lower case font, separated by an orange dividing line. There is an orange circle with text inside proclaiming the book to be a “#1 New York Times’ Bestseller”. There is a quotation from Elizabeth Gilbert at the top, which reads: “Extraordinary … this is a non-fiction literary masterpiece … I can’t remember the last time a book affected me as profoundly as Three Women.”

[This post was slightly edited in March 2020 to remove an instance of disablist language.]