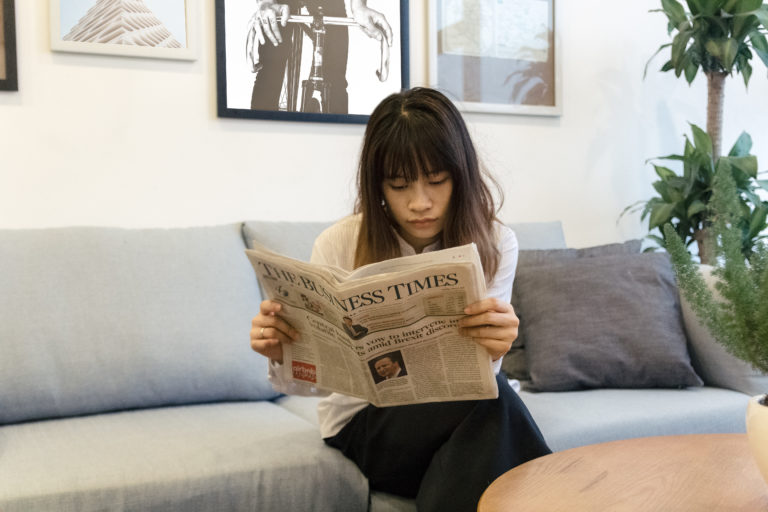 Fat Is Not a Bad Word (Ashleigh Shackelford, Teen Vogue)

From the article: “It’s not just physical space, but digital space too. Often I can’t post a picture of my black fat body or identify publicly as fat, regardless of my happiness, health, or motivation, without harassment. But I stand firm in that fatness does not have to be fixed, eradicated, shrunk, hidden, silenced, or shamed.”

From the article: “When I see someone issue a posturing, blustery ‘I don’t give a damn what anyone thinks!’ speech, I can see the pain dripping off their 12-year-old self. It’s not true because it’s not how we’re built. And if you develop skin so thick that you start to lose the ability to be hurt, you’re at risk of feeling nothing at all.”

From the article: “We condemn the undemocratic actions of Boris Johnson following his suspension of Parliament until October 14.

“There is no mandate from the public for a damaging no-deal Brexit . The Prime Minister is shutting down Parliament with the sole aim of stopping MPs from avoiding a no-deal Brexit.

“This will be the longest prorogation in recent history, and one that comes at a critical moment in the history of our respective nations and the Brexit process.

“Voters are being deprived of the opportunity to have their representatives hold the Government to account, make any key decisions, and ensure there is a lawful basis for any action that is taken.”

But At Some Point, Come to Your Senses (Selina Thompson, Showing Off For Money)

From the article: “I have come to the fringe seven times, and have been coming since 2011.”

If not now, when?: Falsettogate, and what it teaches us about meaningful minority inclusion (Adam Lenson, Exeunt)

From the article: “Selladoor’s first public response to our letter was published in the Evening Standard and noted that all discrimination ‘has no place on or off stage’. This conveniently ignored our specific request for Jewish inclusion in a notably Jewish story and also did nothing to acknowledge or alleviate our specific concerns or even promise to do better next time. They simply denied our problem and looked to move on.”

From the article: “Reggae Girlz star player Khadija ‘Bunny’ Shaw, under her Instagram post, wrote:
‘First Caribbean team to qualify for a World Cup. We have made a lot of sacrifices to wear the colors of Jamaica. We have respected and worn the colors with pride. We are in a position where we are literally fighting just to get paid by legal agreements. This ain’t just about money, it’s about change, change in the way women football is viewed especially in Jamaica. We deserve more and they can do better. For this reason, I along with my teammates won’t be participating in any future tournaments until being paid.'”

The image is used under a creative commons license with thanks to Tam Tran on Flickr. It is a photograph of a person reading a newspaper. They are sat on a grey sofa with a coffee table in front of them, an indoor plant is visible next to them and there are a number of pictures on the wall behind them. The person has shoulder-length brown hair and a fringe. They are wearing a white shirt and a black skirt or trousers. The newspaper they are reading is called The Business Times.