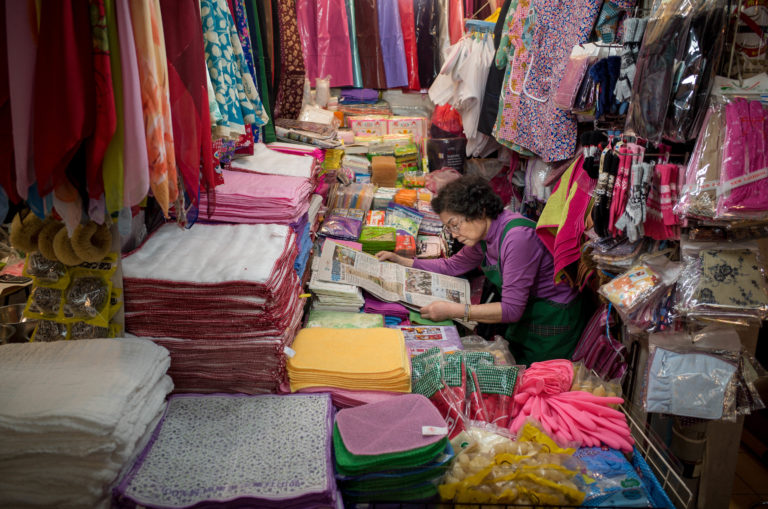 It’s time for another (slightly late) weekly round-up where The F-Word editors share, what they see as, the most interesting and thought-provoking articles from the previous seven days. We’d love to hear your thoughts on any of the issues covered in the articles we’ve picked.

A trans woman was kicked out of Dorothy Perkins’ women’s changing rooms – and it only got worse from there (Vic Parsons, PinkNews)

The Journey of a Single, Unwed Mother (Beyond The Hijab – Stories of Muslim Women in Singapore)

The homeless death of Aimee Teese: ‘I didn’t think it would come to this at 30’ (Simon Hattenstone and Daniel Lavelle, The Guardian)

Labour candidate says she was spiked and raped in ‘politically motivated attack’ (Chris Kitching, The Mirror)

The image is used under a creative commons license with thanks to Pai Shih on Flickr. It shows a person with curly brown hair and glasses wearing a long-sleeved purple top and a green apron. They are sitting in a shop or market stall surrounded by fabrics in lots of different colours – some of the fabrics are hung up and others are folded on a surface in front of the person. The person appears to be absorbed in reading a newspaper.