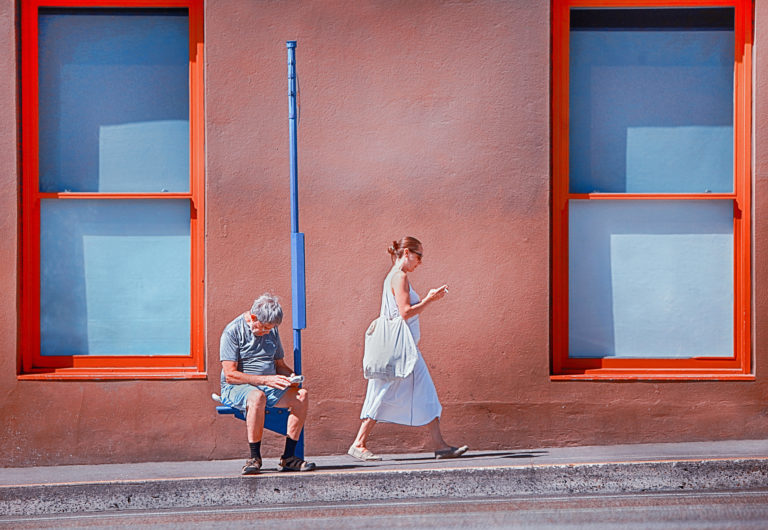 From the article: “Why does this guy have such a vested interest in reporting on trans issues, even when so many trans women—including Julia motherfucking Serano, author of the seminal transfeminist text, Whipping Girl—keep telling him to stop? Why does he insist on covering these stories for no discernable reason? Seriously! What’s his fucking deal???”

‘Elle’ Germany did literally everything wrong in this attempt to highlight black models (Dhani Mau, Fashionista)

Trans people aren’t ‘erasing’ lesbians like me – I’ll fight for equality standing side-by-side with them (Carrie Lyell, The Independent)

From the article: “Perhaps lesbian culture is changing. I’m sympathetic to those who are afraid of that: feeling the ground move beneath your feet can be disconcerting. But there will always be swashbuckling butch lesbians. So if I’m not worried, heterosexual newspaper columnists – with precisely zero personal stake in lesbian culture – shouldn’t be either. If these women are really interested in helping lesbians, how about letting us speak for ourselves?”

From the article: “Challen’s case heightened public awareness of a form of domestic abuse now known as coercive control. Although Richard was violent towards Sally early on in their relationship, his abuse mostly manifested itself in the obsessive control he took over almost every aspect of her existence – money, social life, self-perception. In 2015, the Serious Crime Act made coercive control an offence in its own right. England and Wales were the first countries in the world to introduce such a law, and only Ireland and Scotland have so far followed suit. (Tasmania and France have laws related to psychological abuse.) Coercive control is defined as a pattern of acts, including assault, threats, monitoring and intimidation designed to frighten and punish the victim and isolate them from family and friends. Since 2015, it has become more widely recognised – the subject of storylines on The Archers and Coronation Street. In early October, during a debate in parliament on the new domestic abuse bill, Labour MP Rosie Duffield’s account of her own experience of coercive control moved many MPs to tears.”

The Dominican Republic and Beyond: It’s Vital That Sex Workers Are Heard (Kaya Purchase, Aurelia)
CN: rape and sexual assault

From the article: “Every reality show needs its archetypes. You meet the quiet girl due to come out of her shell, the boy-next-door that all the mums love, the damaged soul with the mildly traumatic childhood. ‘And then you’ve got the girl who’s the diva and a bitch and ungrateful and this and that and this,’ says Cher Lloyd, swiping with either hand, her lip slightly curled. There are few who might understand this X Factor role better than her. ‘If the diva wasn’t me, it would’ve been another girl. It just happens … At the time, being 16, I didn’t realise that, but it’s taken me until now, at 26 years old to reflect and understand that I was picked as a character.’”

From the article: “Goldsmiths, based in New Cross, South London, isn’t without controversy. It has ties to Deptford, an area with a contentious history. It is connected to the transatlantic slave trade; Olaudah Equiano — a freedman and a key figure in the abolitionist movement — was initially trafficked there. Launched in 2019, Goldsmiths Anti-Racist Action (GARA) — the University’s BAME-led student protest group — has tenaciously sought to publish such facts.”

The image is used under a creative commons license with thanks to Ian on Flickr. It is a photograph of a person walking past a bus stop. The person is wearing a long white dress and sunglasses and they have their hair tied up. They appear to be looking down at a phone as they walk. Another person is sat at the bus stop. They have grey hair, glasses and they are wearing a grey shirt, shorts and shoes with black socks. In the background is a vibrant red wall with large red-framed windows.