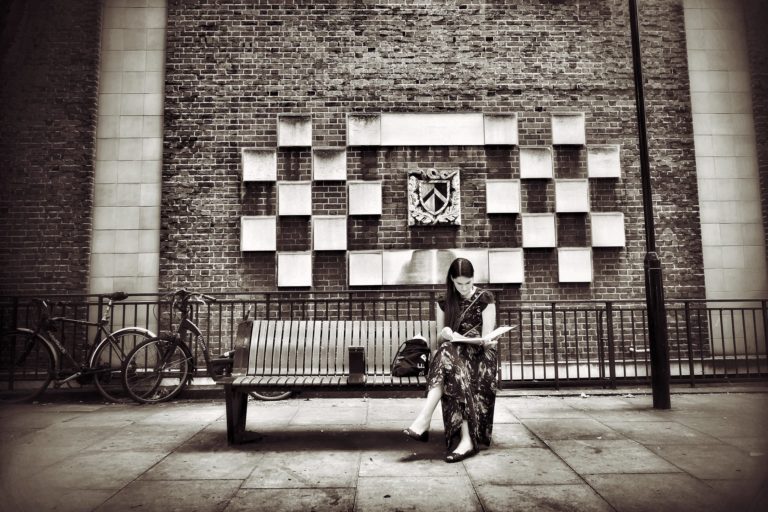 I’m stuck in a hospital that’s starved of funds – let’s not forget the NHS when we vote (Jamie Hale, The Guardian)

Is Fleabag really the best we can do? (Aimee Cliff, Huck)

From the article: “Careless hyperbole tells us that every breakthrough artist has overcome a great struggle, and declares every great work of art as ‘all of us’. But Waller-Bridge isn’t all of us, and Fleabag definitely isn’t. It’s a very good show about a posh white lady. It’s okay to frame it that way, while also acknowledging that we need more stories than that.

This New TV Series Will Make You Rethink Emily Dickinson as a Feminist Icon (Thomas Adam Curry, AnOther Magazine)

From the article: “Dickinson challenges received wisdoms about Emily’s life as a recluse, trapped in her Amherst home by the confines of 19th-century womanhood. The show instead seeks to dramatise the poet’s imaginative universe. ‘Inside her life was as wild […] as you can imagine. It was dramatic and playful and comedic all at the same time,’ says Smith. ‘Anytime I found a fact about Emily’s life that interested me or I thought was funny, I put it in. There’s a moment in the first episode where Emily’s father chastises her for setting the table with a chipped plate, and Emily throws the plate into the fire. That’s a true story. In her school ledger she’s simply listed as “helpless” because she was the only student who refused to have a “born again” conversion experience when a fanatical religious fervour swept through New England.'”

Tomaso Binga – The Radical Feminist Who Married Herself (Thea Hawlin, AnOther Magazine)

From the article: “Language is a gendered arena. In Italian, masculinity is a permanent fixture. A group of boys and girls will always be ragazzi – the word for ‘boys’ or ‘guys’ – even if there is only one boy for hundreds of girls. A bride and groom will always be gli sposi, the woman’s identity subjugated to male power. This is why Binga’s 1977 performance piece, Oggi Spose, shocked its audience: the invitation declared Bianca Menna and Tomaso Binga ‘just married’ (oggi spose), but had altered the traditional phrase (oggi sposi) and its use of the masculine sposi by replacing it with the feminine spose. The bride was also the groom; Binga wore bell-bottom trousers and an embroidered white shirt. It was art but also an awakening.”

1 in 189: My Experience of Autism as a Woman (Chloe L, The Insecure Girl’s Club)

From the article: “1 in 189 girls are diagnosed with Autism whereas 1 in 42 boys are diagnosed with it. Autism has always been overlooked when it comes to girls. It’s believed that boys aren’t as pressured as girls to hide their imperfections so they act out more and reveal more ‘autistic’ characteristics. When I say, ‘I’m Autistic’, people immediately get the image of Sheldon Cooper from The Big Bang Theory, his impaired social skills add to the laughs in the show and most people think that everyone with autism is like him, but they aren’t. Asperger’s Syndrome is invisible and most people can’t tell that I have it.”

Wandering The World As A Female Traveller Of Colour (Georgina Lawton, Suitcase Magazine)

From the article: “There’s even less written about the experiences of women of colour travelling through cities for leisure [than there is about the experiences of women in general]. Yet that’s changing – slowly – with the emergence of the black travel movement. Since 2015 there’s been a social media-led discourse around greater visibility and representation for adventurers who don’t fit the traditional mould. In an industry comprised of agents and brands who routinely stereotype or ignore travellers of colour, this Instagram-led conversation has redefined the black travel story with the help of a long list of female bloggers, influencers and writers.”

Jo Swinson Is Not Your Feminist Icon (Ruby Lott-Lavigna, Vice)

From the article: “Like a marketing exec smelling the opportunity to crowbar feminism into the selling of a water bottle, by printing #girlboss along it in hot pink font, the Liberal Democratic launched a campaign for the Tory and Labour leaders to #DebateHer, with no mention of including other party leaders who are women, like Green co-leader Siân Berry. Yass, sister – preach!”

From the article: “On November 2, former music journalist Lauren Nostro published a tweet: ‘It’s so wild that {redacted} is able to run an entire digital magazine when hes [sic] also running people out of the place because “he can’t keep his dick in his pants.”’ In the tight-knit world of music journalism, the subject of her tweet was intended to be obvious. But minutes later, Nostro added a name for clarity. ‘Fuck it…Stop hiring Eric Sundermann,’ she wrote. By November 5, Sundermann, then head of content for the music magazine The Fader, had been fired from his position. Over the course of a week, current and former coworkers who accuse Sundermann of sexual coercion and assault have expressed anger — both publicly and in conversations with Jezebel — that their stories had been ignored for years.”

From the article: “According to a recent study from a group that looks at the causes of maternal deaths, stillbirths and infant deaths, black women in Britain are five times more likely to die as a result of complications in pregnancy than white women. And the risk is increasing year on year.”

The Making of a Millennial Woman (Rebecca Liu, Another Gaze)

From the article: “One of the few things associated with millennials to have received a positive public reception is a particular form of millennial art. This art revolves around an archetypical Young Millennial Woman – pretty, white, cisgender, and tortured enough to be interesting but not enough to be repulsive. Often described as ‘relatable,’ she is, in actuality, not. The term masks the uncomfortable truth that she is more beautiful, more intelligent, and more infuriatingly precocious than we are in real life. But her charm lies in how she is still self-hating enough to be attainable: she’s an aspirational identifier. She’s often wealthy, but doesn’t think too much about it. Her life is fraught with so much drama, self-loathing and downwardly mobile financial precarity, that she forgets about it, just as we are meant to. Her friends, if she has any, are incorrigible narcissists, and the men in her life are disappointing and terrible. Try as she might, her protest against the world always re-routes into a melancholic self-destruction.”

LGB WITH THE T: a statement of solidarity (Gay Liberation Front UK)

The image is used under a creative commons license with thanks to Staffan Cederborg on Flickr. It is a black and white photograph showing a person sitting on a bench, reading what appears to be a book or a magazine. The person has long, dark hair. They are wearing a long, floral dress and have a tote bag placed on the seat beside them. In the background there are a number of bikes chained to railings and some kind of crest on a brick wall which suggests that the person is sat outside a university or other similar institution.