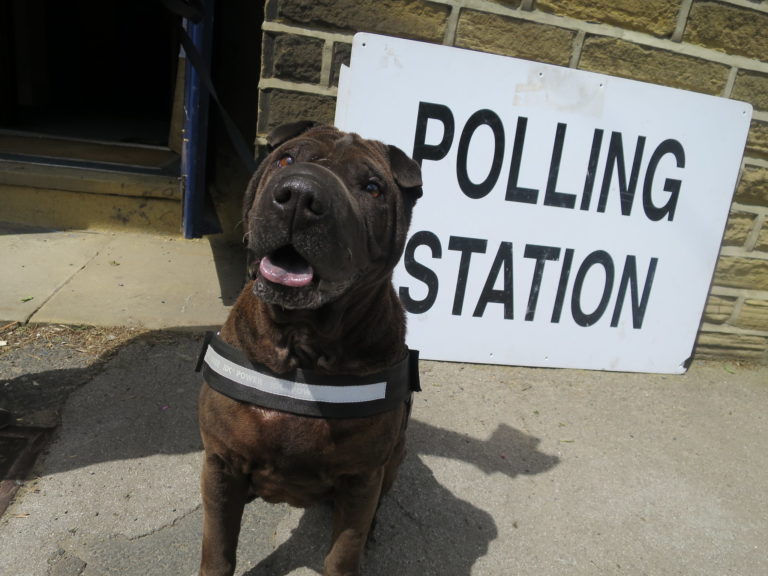 It’s time for another weekly round-up where we share (what we see as) the most interesting and important articles from the previous seven days. We’d love to hear your thoughts on any of the issues covered in the articles we’ve picked. This particular round-up contains links from the past fortnight and is a bit of a ‘UK election special’. Remember to get out there and vote this coming Thursday!

From the article: “A quarter of migrants working in the cultural sector, including galleries and theatres, have considered leaving the UK as a consequence of ‘hostile environment’ immigration policies, a report has found.”

Why we need to talk about what Brexit means for survivors of domestic abuse (Ellie Fry, Independent)

Black women suffer from eating disorders too, stop pushing us out of those conversations (Clarkisha, Wear Your Voice)

The alarming rise of the rough sex defence (The Guardian) [podcast]

‘A rapist in your path,’ the Chilean choreography that rocked the world (EFE)

From the article: “Imboden was not the only American to protest during the anthem at the Pan American Games. Gwen Berry took gold in the women’s hammer throw competition on Saturday, and she raised her fist in the air at the end of the national anthem in protest. ‘Somebody has to stand for all of the injustices that are going on in America and a president who’s making it worse,’ she told USA Today on Saturday night. ‘It’s too important to not say something.'”

UNISON launches ‘Your vote can save the NHS’ campaign (Sienna Rodgers, Labour List)

[Try the following cached page if the above doesn’t work: https://webcache.googleusercontent.com/search?q=cache:_6lHy9XVkMoJ:https://labourlist.org/2019/12/unison-launches-your-vote-can-save-the-nhs-campaign/+&cd=1&hl=en&ct=clnk&gl=uk]

From the article: “The ‘free-stuff’ scoffers see state spending as a means-tested safety net to catch society’s disadvantaged. But the Labour manifesto is premised on the concept that society in general is elevated when the state provides a minimum for everyone.”

From the article: “You are watching the Prime Minister’s debate last night where he is talking about migration to this country, and people having to have certain levels.

“It fuels it all the time. It has got worse over the last few years in this country and not just in football.”

From the article: “We have heard much talk in this election of a ‘Remain alliance’. More fundamental still is the need for every voter who cares about liberty and democratic government to use their vote tactically against the very real threat of authoritarian nationalism.”

I Support Survivors of Gender-Based Violence. Here’s Why I Can’t Vote for the Tories (Ammaarah Zayna, Novara Media)

From the article: “Women deemed as having ‘no recourse to public funds’ make up a third of all survivors. With nowhere to turn, they are left with nothing, with even specialist organisations (such as those supporting BME women) being shut down. Marginalised voices are not silenced but stolen, with their cries for help repeatedly ignored by governing bodies. Working in this sector is a brutal wake-up call to ways in which the government abandons its most vulnerable citizens, while valuing migrant women’s passports before their lives.”

The image is used under a creative commons license with thanks to waldopepper on Flickr. It shows a medium-sized brown dog with a slightly squashed face standing in front of a sign that says “Polling Station”.