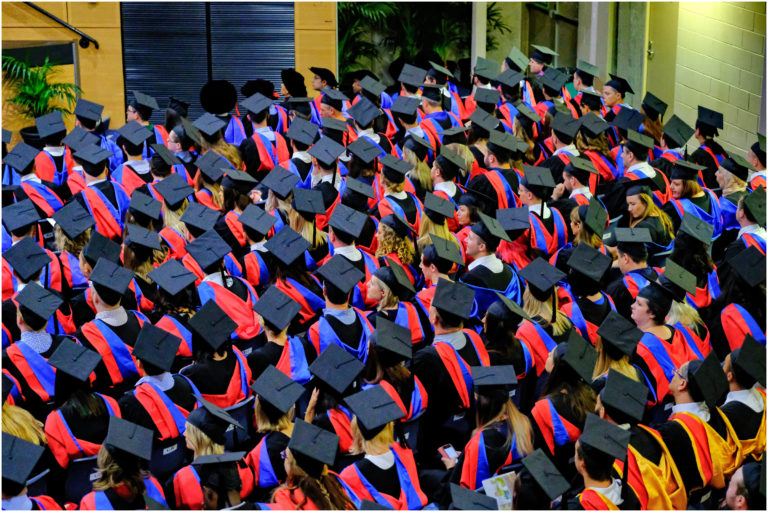 “But of course, these girls are from a lower-class, they aren’t like us”. The professor presses pause on the short film and looks expectantly around the room. I’m waiting for the gasps and complaints but strangely there’s only resounding quiet. Some people even nod. A great start to my 9am Spanish class. I’m sure I’m not the only student here who fails to see the link between this film character’s social class and the improvement of our foreign language comprehension skills. My professor goes on to point out the characters’ tracksuits, hooped-earrings and colloquial speech. According to her, it’s nonsensical to wear something like that in central London. I look down sheepishly at my joggers and sink a little further into my seat.

Inequalities of all kinds are inherent within the education system

Although it would be easy to excuse these comments as the out of touch ignorance of a well-to-do university lecturer it’s all too easy to see that this attitude is prevalent throughout the higher education system. Inequalities of all kinds are inherent within it. And proportionately, we see classism, racism and sexism built into the very structures which dominate society.

Unfortunately, with a university dean’s average salary in the UK reaching over £71,000 a year it’s unsurprising that higher education institutions seem a little out of touch with their students, especially those from underrepresented backgrounds. Female and BAME professors are also heavily underrepresented within the academic work force. A 2017 study showed that of the 19,000 working professors, over 14,000 were white men and only 25 of the professors were black women. How can a work force built up of almost all white men present a sound, diverse and inclusive curriculum, appealing to and appropriate for all students? The education system puts considerable economic strains on students too. It seems if you can’t keep up with the financial demands of studying away from home there is little empathy for the potential implications – academic and personal. Some students are forced to work long hours alongside studying; others simply have to rack up unmanageable overdrafts. Some sofa-surf, working 30-hour weeks whilst barely making half of their contact hours. The difficult balance of studying and paid work often means that something has to suffer. Over a third of young women in the UK struggle to make ends meet, highlighting the considerable financial strain that young people – especially women – face.

If people from underrepresented backgrounds manage to break into the top educational institutes, they will most likely find themselves surrounded by students who come from the most prestigious schools in the country. A shocking 42% of the undergraduates at top universities had received a private education between 2017-18. This can make students whose education hasn’t been paid for feel like an outsider. As a young working-class woman, I can give testament to how intimidating this can feel. My best university offer was from St. Andrews, a school attended by the royals which prides itself on tradition. However, 40% of its undergraduates are also privately educated. This was one of the main reasons I declined my offer. Did I sell myself short? Maybe. Or perhaps I was unwilling to sacrifice my happiness for the chance to study at a prestigious, though unrepresentative, institution.

The issue is compounded after graduation when many graduates face tens of thousands of pounds worth of debt. Mentally, the effects of this looming sum can be detrimental. Unsurprisingly, it’s female graduates who seem to struggle more financially upon graduation. On average their debt burden is 14% higher than their male counterparts. This seems to be largely caused by inequalities within the working world and undoubtedly is reinforced by discrepancies in pay. Women are underpromoted, undervalued and thus underpaid, thereby increasing the financial strain faced by so many after they leave the education system.

We’ve all heard the shocking statistic that there are more CEOs called John than female CEOs, which makes it unsurprising that it’s Asian, Black and Hispanic women who suffer the most; only 2% of whom make it to executive positions compared with 6% of white men. The inequalities so inherent in the education system also seem to be built into the workplace and the economy in general.

Poor women face further setbacks after leaving education. It’s often the people who can afford unpaid internships in the capital that get the pick of the litter when it comes to jobs. This can feel disheartening after years of being sold the dream that education is the great equaliser. Upon leaving the education system, you find that the crushing truth is that there is nothing equal about our education system.

From an early age, the education system seems to devalue those not already in a position of privilege and power, especially young women and girls. Imposter syndrome can be defined as a person’s inability to believe the success they achieve is truly deserved. A shocking 66% of women reported experiencing imposter syndrome in the last year compared with 56% of men. Although the problem is internal, the cause is largely external. The implications of decades of subordination has lasting effects on our culture, starting right from the classroom.

We already know there is a problem in the classroom with girls and their self-confidence. Studies have found that boys are more likely to speak up in class whilst girls are more likely to downplay their intellect. When you are a working-class young woman at university it can be easy to feel as if what you have to say isn’t as important or relevant as those around you. And why would you when a professor thinks it’s okay to tell you how you dress or speak makes you inferior?

So, what’s the solution? First, accessibility – not just tokenistic summer schools run for state school kids. Real reform of the way universities look at their admissions, taking into account the inequalities so deeply rooted in the education system is required. A start would be awarding contextual offers at all higher education institutions – including Oxford and Cambridge. These offers of study consider a student’s academic background as well as their grades. Often, they give students from areas of lower attainment of higher education offers of study which require lower grades. Some institutions, such as Bristol, Birmingham and Warwick already do this, but it’s not widespread. Looking at a student’s performance in comparison to the rest of their school gives the best indication of self-motivation and raw talent. The fact is that rich people aren’t born smarter – they are often simply given the best environment to flourish; boys aren’t more intelligent and engaged than girls – they just often possess more confidence; working-class women are no less deserving of a place at university –it’s just that they’re made to feel that they are, particularly when comments such as my professor’s go unchallenged.

It is vital that we encourage women and girls to contribute more and not just enable those with privilege to dominate the classroom and lecture theatre. This will set the right standard for the boardroom after graduation and begin the long journey of moving the workplace closer to equality. It’s also important that staff are both representative of the students they teach and are properly equipped to support all, taking into account different obstacles and barriers they may face.

I wish I could go back in time to the class that first motivated me to write this article and tell my teacher what I saw in the video she showed us. Two working class girls having an open, honest conversation. Their clothing and social class made them no different or less than anyone sat in that room alongside me. We all should strive to make education as equal and inclusive as possible. What’s not feminist about that?

The feature image shows several students inside a school hall at their graduation. They have their backs to the camera and are all wearing graduation caps and gowns. The graduation hoods have red and navy stripes on them, but a row of people at the back have yellow and red hoods.
Photograph by Geoff Whalan

The feature image is a black and white photograph. It shows the doorway to an old-looking brick building. The doorway is an arch shape and only the left half of the wooden, double door is open. Through the open half of the door you can see a group of men wearing suits talking. They have their back to the camera. Others are visible behind them.
Photograph by Trojan_Llama