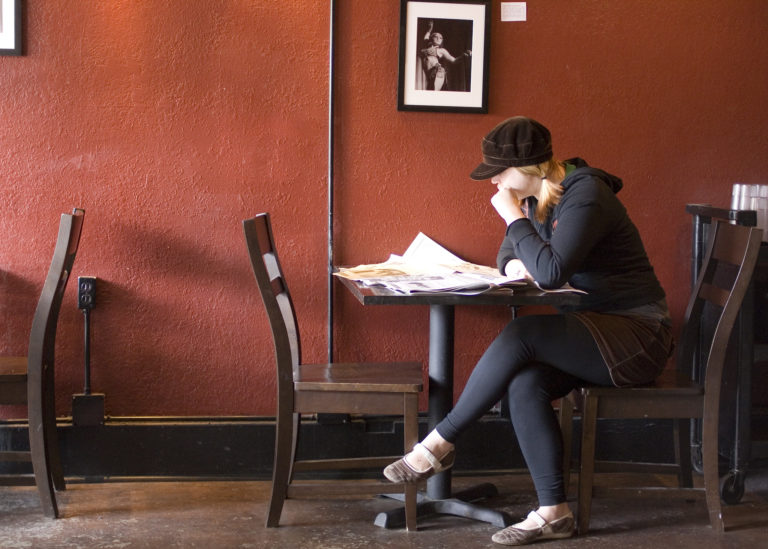 From the article: “Expanding on the idea of what comics should joke about, the 60-year-old comic added: ‘I don’t think you should punch down. But this whole argument that PC is ruining comedy. If you feel hampered on stage, that’s on you.'”

World’s 22 richest men wealthier than all the women in Africa, study finds (Kate Hodal, The Guardian)

From the article: “Feminists used to say women held up half the world – well now it’s the majority of women holding up a very small group of men on very high precipices,” said Beverley Skeggs, a professor of sociology at the University of Lancaster. “This report challenges us to think differently. What if we plan our economy based on the fundamental social premise of caring for others?”

From the article: “Our response to such statements is this: What qualifies white men to effectively measure racism, and its impact? With what authority do these white men articulate with such confidence that things are ‘not as bad’ regarding racism in England? How can a white man say: ‘where is the racism?’.”

I miscarried a child 20 years ago, and I know the language we use really matters (Shelley Silas, The Guardian)

From the article: “Prior to treatment, because we were a same-sex couple, we had to undergo counselling to ensure we would be “good” parents. When I miscarried there was no counselling offered. Maybe this has changed now, but given my miscarriage and the experience of other people I know, it’s clear we need greater care and support. This is vital for our mental and physical wellbeing. Our bodies and minds have suffered a great trauma. We have been filled with pregnancy hormones, readying us to carry a child, to nourish it, watch it flourish and enter the world. To lose that causes tremendous distress. It’s not surprising then to read a study this week that suggests ‘one in six women who lose a baby in early pregnancy experience long-term symptoms of post-traumatic stress’. We need help.”

Gwyneth Paltrow has capitalized on vaginal shame and celebration (Arwa Mahdawi, The Guardian)

From the article: “So why are vaginas suddenly everywhere? Well, as Dr Jen Gunter, a California gynecologist who has built a name for herself by debunking Paltrow’s bad advice – and authored a book called the Vagina Bible – noted in a recent interview “there’s a lot of money in vaginal shame”. Women have been conditioned to think their bodies are ‘dirty’ or abnormal since the beginning of time; the rise of ‘wellness’ has seen a boom in products, like vaginal wipes, designed to ‘fix’ problems that don’t exist. ‘I have noticed a huge increase in what I can only describe as women being “vaginally hyperaware”,’ Gunter told NPR last year.”

From the article: “For the better part of her life and decades after her death, the establishment relegated Dora Maar (1907-1997) to the realm of mistress, model and muse. In fact, she was a revolutionary artist in her own right – and a new travelling museum exhibition, Dora Maar, wants to right these historical wrongs once and for all.”

Male rape survivors suffer in silence. We need to help them talk (Owen Jones, The Guardian)

Let 2020 Be The Year We Get Rid Of Girlboss Culture For Good (Vicky Spratt, Refinery 29)

From the article: “A marketable form of feminism – like girlboss culture – which sells hollow empowerment instead of highlighting the less palatable facts of life for working women – unaffordable childcare, zero-hour contracts, sexual harassment, gender discrimination – is not really feminism at all.”

Ignorance about menopause is destroying lives – and it’s not only women who suffer (Diane Danzebrink, The Guardian)

The image is used under a creative commons license with thanks to Chris Blakeley on Flickr. It shows a person wearing a black hat, a dark coloured hoodie and skirt and black leggings with flat shoes. Their hair is tied in bunches and they are sat at a table reading a paper that is spread out in front of them. There is an empty chair across from them and the layout of the table suggests the location is a coffee shop or restaurant. Behind them is a red painted wall and a picture hangs above their head which appears to depict a black and white image of perhaps a dancer or performer.